So here’s what happened: After graduating from Medford High School at just 11 years old, Sheldon was enjoying a sweet backyard celebration with his family when Jim Parsons‘ voiceover revealed a big life update for Sheldon and Amy’s future.

“It was the best graduation party I had ever been to — that is, until the one we had for my son, Leonard Cooper.”

And before you start to wonder which special “Leonard” inspired the name for Sheldon’s baby boy, the voiceover was quick to answer all of our biggest questions, with a little help from Amy!

“I wanted his name to be Leonard Nimoy Cooper, but Amy wouldn’t let me,” Sheldon said somberly.

“Be happy I let you name him Leonard!” Amy’s voice quickly snapped at her husband. The two then shared a quick round of “I love you’s” and the episode came to a close.

To help celebrate this new Big Bang Theory news, ET called up Young Sheldon co-creator and executive producer Steve Molaro for the inside scoop on how this brief, yet big moment came to be. 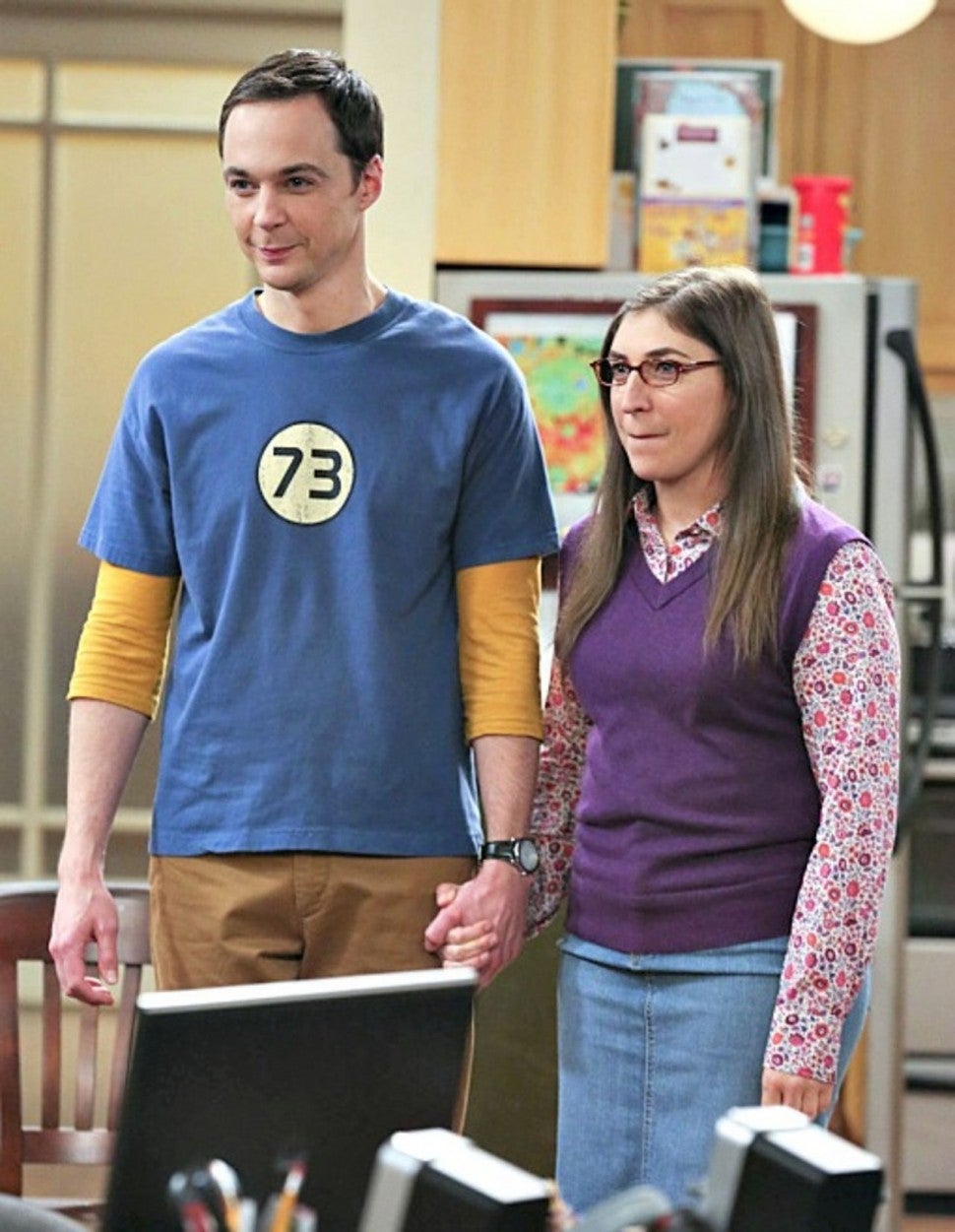 ET: We discover that Sheldon and Amy’s future son is named Leonard Cooper! We love the fact that this episode had a surprise name reveal — but maybe not the one that Big Bang fans would think!

Steve Molaro: What would fans think?

Oh, hilarious. OK sure, but Penny’s last name is Hofstadter — we know this! [Laughs]

We know this now! But it was so delightful to hear Mayim Bialik’s voice chime into Jim Parsons’ Young Sheldon voiceover at the end of the episode! How did this vocal cameo come about? Did Mayim record this months ago?

No, actually it was not in the original draft from seven months ago and when we were going through the scripts again and gearing up to go back into production for this year, we had the idea to add in Mayim. And I gave her a call and she was just awesome about it and happy to do it and we’re just really glad it worked out…. It was great to see her too — at a distance and wearing a mask. [Laughs]

Have you and the former Big Bang Theory writers always known that Sheldon’s son would be named Leonard?

I mean, I was on Big Bang for a long time — 12 years, the whole run — and there are things that I’ve always had in my head that were my own personal storylines of where things went and that’s one of them. So when the opportunity arises for me to slip them in on Young Sheldon, it’s fun to do. And the fact that his son was named Leonard was one that I’ve had banging around now for a while.

We know that for Jim Parsons’ involvement on the show, he’s able to do his voiceover work remotely, but were you able to talk with him at all about this name reveal?

You know, I didn’t talk to him in advance but he certainly was aware of it before we were recording it. And actually we recorded the part where he says, “My son, Leonard Cooper” seven months ago and boy, did I get choked up during that recording. It killed me every time.

Looking forward to the rest of Young Sheldon‘s upcoming season, do you have any more Big Bang surprises up your sleeve for us?

Not at the moment, but I love them and I’m sure before the season is over, we’ll get a couple more in there.