Home » TV » Why put him on spot?! Charlie Stayt blasted for targeting weatherman Matt ‘always does it’

BBC Breakfast: Rachel says Charlie is being 'hard' on Matt

Rachel Burden was back once more to step in for Naga Munchetty on Saturday’s BBC Breakfast to bring BBC viewers the latest headlines alongside Charlie Stayt. Inevitably dominating the news cycle was England’s upcoming Euro 2020 quarter-final clash with Ukraine in Rome, with football fever well and truly setting into the studio. However, when Charlie put weather reporter Matt Taylor “on the spot” for his predictions on the match, Rachel quickly accosted her co-star.

The moment came just seconds after Matt had delivered a rather disappointing weather update, informing viewers that wind and rain was on the way for much of the country.

“Rachel, Charlie, back to you both,” Matt signed off his report but Charlie quickly interjected.

“This is the moment, Matt, your opportunity to tell us what the score’s going to be tonight,” Charlie asked.

“There you go, lay it out for us,” Charlie added, catching Matt off-guard as he took a deep breath. 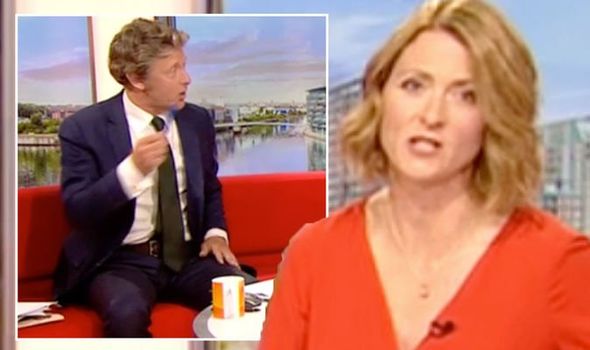 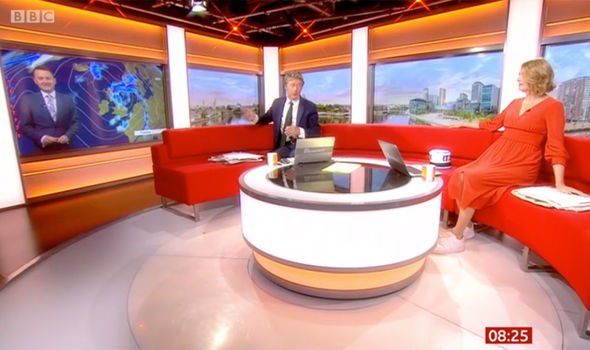 “Oh, that’s harsh, isn’t it?” Matt said as he tried to conjure up an answer.

Again, putting Matt on the spot, the weatherman hesitated before confirming he meant for England.

“Just checking, he’s put it on the record, there we go,” Charlie said as he turned to Rachel – who was less than impressed with the grilling. 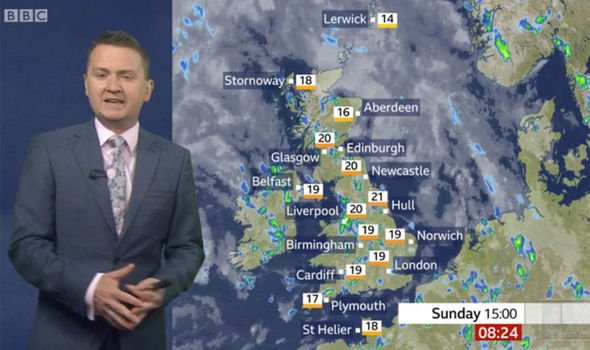 “Why would you put him on the spot like that?” Rachel quizzed her co-star.

“He always does it, Rachel,” Matt cut back in as he too took aim at Charlie’s behaviour. “It’s his Saturday fun.”

But defending himself, Charlie hit back: “I think that’s a perfectly fair question.”

Rachel, however, wasn’t so sure and blasted Charlie again as she quipped: “You’re harder on him than you are on politicians!”

“He’s a weatherman!” Rachel added as she tried to defend her co-star. “A meteorologist.”

Charlie stood firm against his colleagues’ onslaught, however, adding: “Can I just point out?

“Matt just gave us a very clear and straightforward answer, didn’t he? There you go,” Charlie said.

Turning the tables on her co-host, Rachel put Charlie on the spot by asking him for his predictions.

But it didn’t appear to unnerve the presenter who replied: “I actually, curiously, I entirely agree with Matt about the score,

“Because I think it’s 2-1, I think England are gonna score the first goal, there’s gonna be an equaliser and then it’s gonna come good.

“That’s what I’m saying,” Charlie added before Rachel tried to get him more into the football spirit by handing him an England hat.

But Charlie refused to don the headpiece and the pair swiftly moved on with the rest of the show.

BBC Breakfast continues daily at 6am on BBC One.

'The Office': Jenna Fischer & Angela Kinsey Couldn't Get Through 1 Scene; 'The Cast Was Turning on Us!'