If you enjoy cooking, or watching cooking shows is more your speed, you have probably come across French-American chef Jacques Pépin on your screen.

Pépin’s numerous cooking shows have aired on PBS, but he’s also well-known for his series with Julia Child called “Julia and Jacques Cooking at Home,” which won a James Beard Foundation award, as well as an Emmy. Pépin authored cookbooks and even penned a column for Food & Wine magazine, seemingly eager to share his love of cooking with others. He’s also close to his daughter Claudine and has fond memories cooking in the kitchen with her. Christmas was a special time for the pair, as he told PBS, “When Claudine was little we would make chocolate truffles and little chocolate rochers with hazelnuts and cornflakes together.” When he was asked what he was most proud of as a father, he didn’t hesitate, telling Fatherly in September 2017, “Certainly when Claudine graduated from college, and then after, when she got married. I was proud not that she got married but that she married the right person.”

It’s clear Pépin has a lot of love for his daughter, but have you ever wondered who she really is? Keep reading for more details. 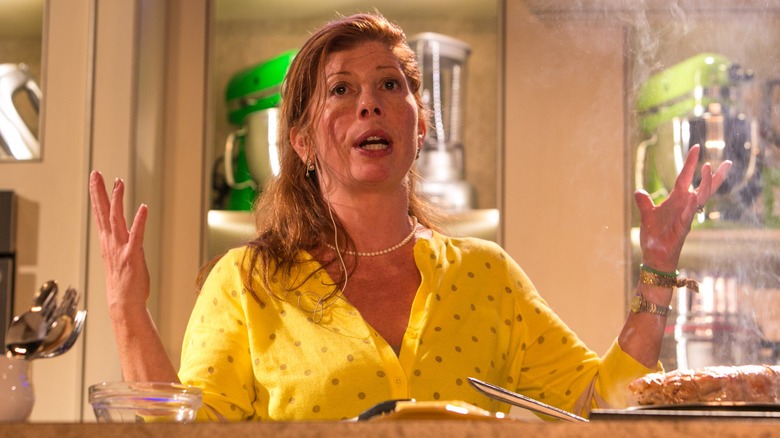 Before she cooked on TV, Claudine graduated from Boston University with a political science and philosophy degree. She then went on to work as a brand ambassador for Moet & Chandon and Dom Perignon champagne, in addition to teaching food and wine pairings for the French Culinary Institute and the Sommelier Society in New York. Claudine also serves as president of the Jacques Pépin Foundation. Claudine learned a lot from her famous father, telling the South Florida Sun Sentinel in June 2003, “the involvement in food was ever present.” “Frugality in the kitchen is a huge lesson I learned. We use everything. There is nothing wasted in our house. My father’s adamant about that,” she added.

There’s more to Claudine than cooking — she’s a married woman! Claudine is married to Rollie Wessen and they share daughter Shorey. It seems Shorey inspired her mother’s 2015 children’s cookbook, “Kids Cook French,” according to the Providence Journal. Shorey even contributed a few illustrations and it’s safe to say cooking is a family affair.