The History Channel doesn’t have much to do with history anymore. Just look at the hit show “Alone” for proof — it has a lot more to do with nature than anything else. Each season, a group of contestants joins the show to see who can survive by themselves the longest in some remote part of the world — hence the show’s title.

Unlike other reality shows with a similar format, there are no camera crews or craft service tables. The contestants on “Alone” are truly alone. They are sent into the wilderness, wherever that might be, with “ten items and a camera kit.” While in the woods, they must figure out a way to feed themselves, build a shelter, avoid predators, and fight off the loneliness and boredom that come with isolation. The show is currently filming its eighth season in a remote part of Canada.

The seventh season filmed in the arctic, which sounds worse than Canada, tbh. The last man (or woman) standing got to walk away with a $1 million prize. The winner of Season 7 was Roland Welker, a wilderness enthusiast who is now $1 million richer. So, what’s he up to now? Let’s figure it out.

Roland Welker knows how to market himself 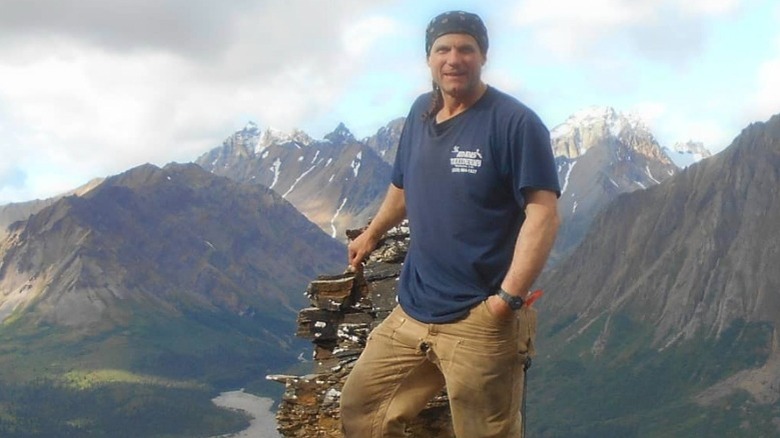 You might think that after spending months in the remote wilderness all by yourself, you’d never want to go outside again. Not so with “Alone” Season 7 winner Roland Welker. Despite spending enough time outdoors to make anyone want to move to a highrise, Welker can’t get enough of the granola lifestyle. Roland grew up around a lot of outdoorsmen, so it’s no surprise he continued in his father and grandfather’s footsteps and headed to Alaska to make the most of its natural beauty (via rolandwelker.com). You already know how the story ends. He became such a nature master that he eventually won $1 million after spending the most time alone in the arctic. So what’s he doing now, and how is he spending that money?

Well, it turns out Roland isn’t just good at identifying which mushrooms won’t poison you. He’s also a pretty savvy businessman. Roland more than capitalized on his post-History Channel fame by launching one of the most detailed personal websites (and a moderately successful YouTube channel) we’ve ever seen. According to the site, he’s partnered with various businesses, including Dennys (which does not have a franchise in the Arctic). Furthermore, he sells a ton of merch, including $25 baby tees.

Before you go on a Roland Welker spending spree, be warned, his sweatshirts aren’t waterproof and are not going to help if you one day find yourself “alone” in the Arctic.