It's certainly not to be mistaken for a positive PR effort for the often beleaguered ranks of American cops, even if its fictional metropolis setting seems designed so audiences can't finger it as being inspired by the LAPD. 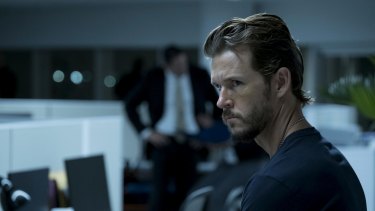 Following a dystopian nightmare-worthy number of cops with a side hustle in organised crime (how very Millennial of them), The Oath pits gang against gang without managing the grittily operatic brilliance of its clear inspiration, The Wire. It seems a little odd that a police gang should give itself a name (isn't the first rule of police gang that there is no police gang?), even more so that they should get all West Side Story about it with names like the Ravens and the Vipers.

But anyhoo, Sean Bean is reliably fabulous. Let's hope he lasts longer as crooked cop gang leader Tom Hammon than he did as Game of Thrones' Ned Stark.