Home » TV » What Ashley Darby From RHOP Does For A Living

Ashley Darby has been a vibrant and fiery presence on Bravo’s reality show “The Real Housewives of Potomac” ever since she first appeared on the second episode of the series. Not only was she one of the youngest to join the cast, but her fun and spunky spirit brought a fresh vibe to the group of OG Potomac socialites. Who else remembers her interaction with Karen Huger in those earlier seasons?

However, despite being considered fresh blood in the group in the earlier seasons, Ashely is now a long-time cast member, who fans have been able to watch throughout the series make a name for herself in the DMV-area. According to her BravoTV bio, Ashley grew up in Maryland and “has been instilled with tenacity and an unmatched drive to succeed.” They report that as the oldest child and a daughter of a single mom, Ashley has always been adamant of working hard in order to help support her family.

Before being cast on “Real Housewives,” Ashley worked as a bartender as she attended The University of Maryland. She then got involved with DC’s pageant scene and ended up taking home the title of Miss District of Columbia in 2011. As we mentioned above, this drive is definitely seen on the show, especially when it comes to how she makes a living. Wondering what Ashley does now besides star on Bravo’s hit series? From her yoga teachings to her restaurant and hospitality endeavors, here’s how Ashley earns her salary.

Besides being a mother-of-two, Ashley also dabbled in the DMV-area restaurant scene 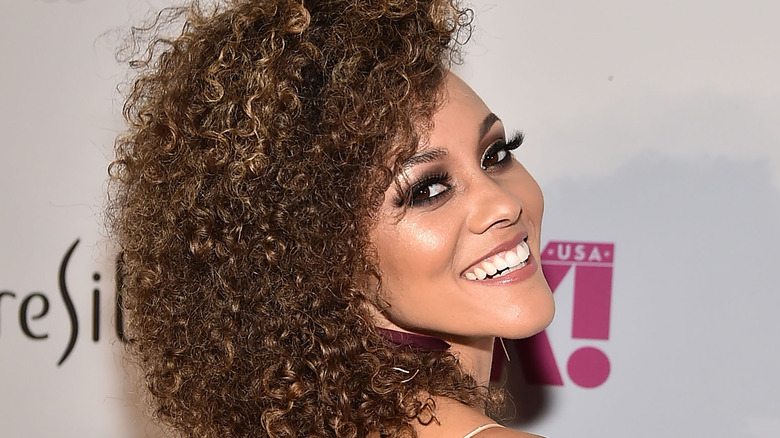 Bravoholics who love “The Real Housewives of Potomac,” most likely already know what Ashely Darby does for a living when she’s not busy being on camera. Ashley’s marriage to Aussie real-estate millionaire Michael Darby is heavily documented on the show, and therefore, a few storylines followed the couple’s business endeavors, such as them opening their own restaurant in 2015.

The reality series couple opened an Australian-inspired restaurant called Oz Restaurant and Bar in Clarendon, Va., which is where Ashley spent her free time managing. However, despite her best efforts, the restaurant did not excel in the way that she had hoped. According to Eater, Oz unfortunately closed its doors in 2019, which was around the time of the pair having their first child together. A statement acquired by Eater said, “While Michael and Ashley are both involved in multiple business ventures and are expecting their first child in the coming weeks, they have made the difficult decision to close the restaurant.”

Even though one restaurant dream has ended, we still think Ashley isn’t done exploring her entrepreneur-like qualities. According to her Instagram bio, she already has several side projects that she is working on, such as a health and beauty blog and a yoga practice guide. So, it’s safe to assume that this housewife is only just getting started when it comes to her career.