Fans of Marvel have been wondering for a long time what was going to happen with Disney+’s first superhero TV show. The series is the first to enter the Marvel Cinematic Universe, alongside 20 other films, and it was unclear until this point how multiple seasons would work around the upcoming movie releases. Marvel boss Kevin Feige has come clean about his projects for the show’s future and it’s not looking good.

He said that of all the MCU TV shows the streamer has planned for this year, some will get a second or even third season, while others will head off into feature films.

But when it comes to WandsVision, Feige has no plans for a season two yet.

The show has been a hit for Disney+ but it was always going to be a limited series to introduce the themes of the upcoming film Doctor Strange in the Multiverse of Madness, starring Benedict Cumberbatch, expected for early next year.

“Lizzie Olsen will go from WandaVision to the Doctor Strange film,” said the Marvel Boss. 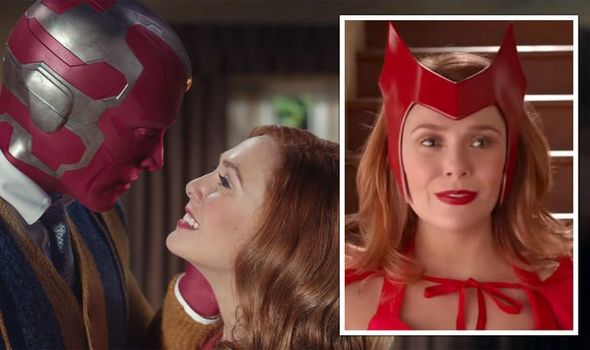 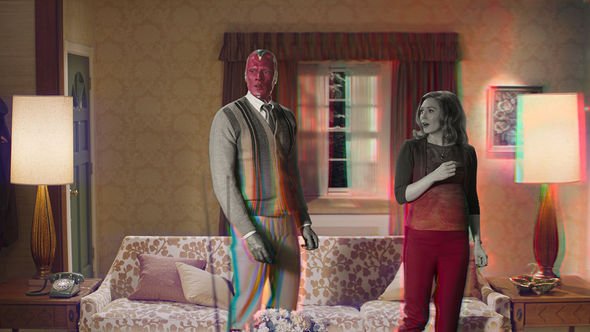 However, Feige teased fans by saying: “I’ve been at Marvel too long to say a definite ‘No’ to anything as far as the second season of WandaVision.”

However, he did detail how there weren’t any plans currently for a second season in a rather disappointing blow.

He also said that in their mapping out of the narratives, Marvel will treat their upcoming shows just like another MCU film.

“The fun of the MCU is obviously all the crossover we can do between series, between films,” he said. 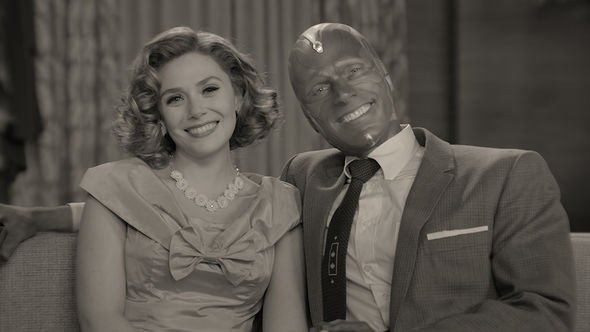 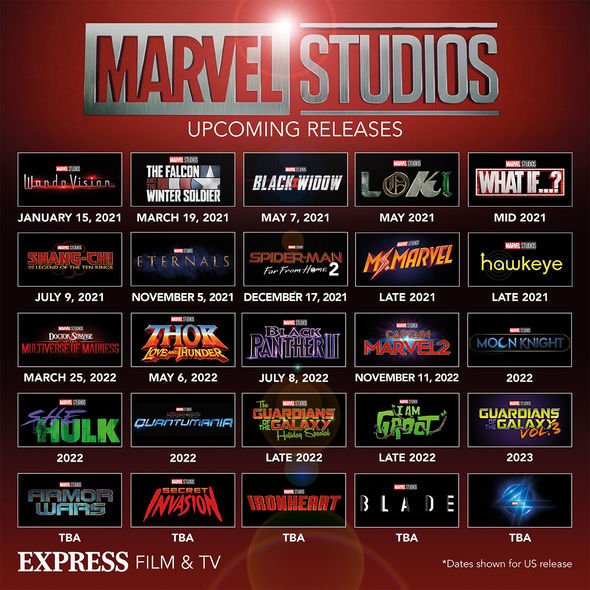 “Sometimes, and yet to be announced, we’re thinking of and planning second seasons for some of the upcoming series,” added Feige.

Ms Marvel is expected to hit the streamer in late 2021, while the Captain Marvel sequel will be in theatres in late 2022.

Ultimately, “the goal is to expand the fans of Marvel,” said Feige.

The Marvel calendar for 2021 is looking packed, as the company missed out on quite a few releases in 2020 and are premiering all its new shows.

The next one to hit screens will be The Falcon and The Winter Soldier on March 19.

Fans can expect to see Sam Wilson aka The Falcon (played by Anthony Mackie) teaming up with Bucky Barnes’s Winter Soldier (Sebastian Stan) in a worldwide adventure that puts their abilities to the test as they fight the anti-patriotism group the Flag-Smashers.

On May 7, Disney+ will finally release Black Widow, which was originally scheduled for release over a year prior.

In June, the MCU will see the return of Loki in a new TV show with the same name.

The show will be genre-bending like WandaVision, as Tom Hiddleston’s character will find himself trapped in a crime thriller after travelling through time and altering human history.

In December, fans will get the new Spider-Man Film, which has been announced to be titled, Spider-Man: No Way Home.

Hawkeye will then close off the year in late 2021, being the last of Marvel’s new TV show to be scheduled for release so far.

WandaVision airs on Disney+ on Fridays.

‘Adam’ Applies a Trans Lens to a Cis Gaze. Is That Too Complex for Cancel Culture?