Home » TV » Wait, Can We Actually Trust Josh Bennett in 'Locke & Key'? Here Are Some Theories About Him That'll Have You Asking Qs

*MAJOR SPOILERS FOR SEASON 2 OF LOCKE & KEY BELOW!*

Locke & Key has given us a lot to get excited about. Season 2 brought villains who finally made their grand debuts, plus a couple keys to shake things up like never before. But there is one character who has left us still scratching our collective heads about whether he’s really a good guy or a straight-up villain.

Matheson’s hot new history teacher Josh Bennett (played by actor Brendan Hines) is the kind of guy Nina’s been waiting for in the series. While we can’t get enough of their relationship, we also can’t help but notice how suspicious he’s acted. And with that mind-blowing cliffhanger at the end of season 2, he has a really big decision to make by the end of season 3.

So is Locke & Key‘s Josh Bennett a villain? Or is he just someone who got caught up in something unexpected? 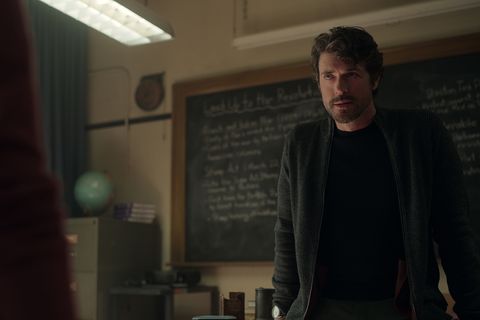 Theory #1: Josh Bennett is actually just a nerd who got in too deep with his obsession.

Listen, Josh’s nerdy vibe is kind of cute and we’ve all gone further down a rabbit hole than expected. It seems like he snapped to his senses towards the end of season 2 when he realized that his ancestors were actually terrible people who did horrible things in Matheson. But with Frederick Gideon (or whatever demon has taken over his body, really) now on the scene, we have to wonder if he’ll remember the real reason why he stopped searching for answers….or will he side with his ancestor despite knowing his family history?

Theory #2: Josh is lying about stopping his search and is just trying to get closer to the Lockes.

Josh and Nina were one of the best couples the new season, and it was so nice to see her open up to someone new. That being said, Josh had a dollhouse version of Keyhouse in his own home and has slowly learned more and more about the Locke’s connection to Gideon. Since he’s an adult though, he obviously can’t remember anything involving magic, the Omega door, or the keys. But that doesn’t mean he’ll stop looking for answers to his now-missing memories.

As we’ve seen with Nina, adults can still sense that something is missing, which could make him search harder for answers. And now that he has a good relationship with Nina, it wouldn’t be surprising to see things get more complicated between them if he’s adamant about piecing it all together. 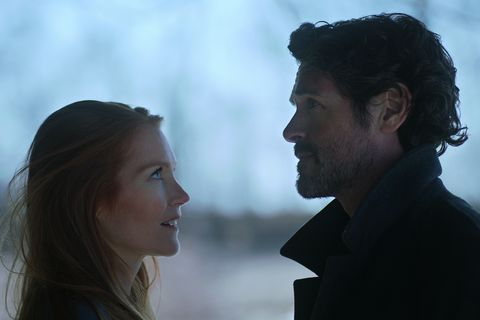 Theory #3: Josh Bennett truly has no idea what is going on and will have a rude awakening in season 3.

I would like to give Josh the benefit of the doubt. Yes, he’s kind of a rude dude when it comes to keeping things “historically accurate,” but he seems to be a decent guy who wants to put it all behind him.

Even if he does side with the Lockes in this grand showdown that will almost certainly take place in season 3, that doesn’t mean it’ll be easy or simple, especially with Frederick back in the picture.

Either way, we’re going to have to wait until Locke & Key season 3 airs on Netflix to find out the truth!