Virgin River fans are desperately waiting for news about a release date for season three and in the meantime, they have been speculating as to what could happen between Jack Sheridan (played by Martin Henderson) and Mel Monroe (Alexandra Breckenridge). At the end of the second season, Netflix users were left on a cliffhanger when the bar manager was shot and left for dead. Express.co.uk recently reported Jack could survive the shooting after a nurse has been named in the credits for the first episode of the third instalment, but when Jack wakes up, will his near-death experience make him realise there is more to life than fighting against the local drug cartel leader, Calvin and encourage Mel to leave Virgin River?

Virgin River is based on the best-selling book series by Robyn Carr and there are 22 novels in the collection.

While there is no official release date, fans are expecting it to return by the end of this year – and hopefully with 10 new episodes.

But what is going to happen in the new season? Hopefully, Jack will rush to the hospital and survive the shooting.

Will this lead to him leaving? To add to this, there have been questions over the paternity of Charmaine Roberts’ (Lauren Hammersley) unborn twins with some thinking Jack is not the father. 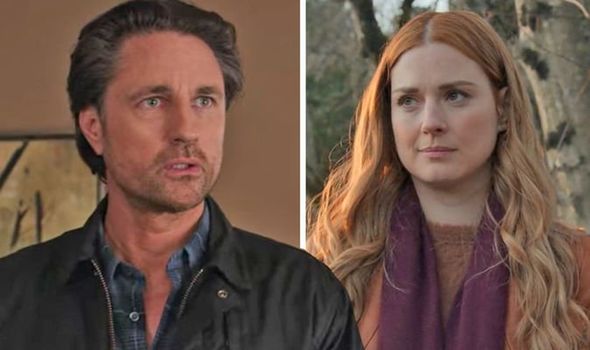 If he finds out this to be true, it could prompt a temporary exit for the character to clear his head.

It comes after someone posted a thread on Reddit, titled: “It’s Virgin River the biggest project in Alexandra and Martin’s career??”

“I was reading on Instagram, I think, that the show may not continue at some point with Jack and Mel as main characters because Alex and Martin could lose interest in the project,” post read.

“That got me thinking, isn’t this the biggest success in their careers?”

The Reddit user then went onto name the shows actress Alex has previously been in – American Horror Story, The Walking Dead and This Is Us. 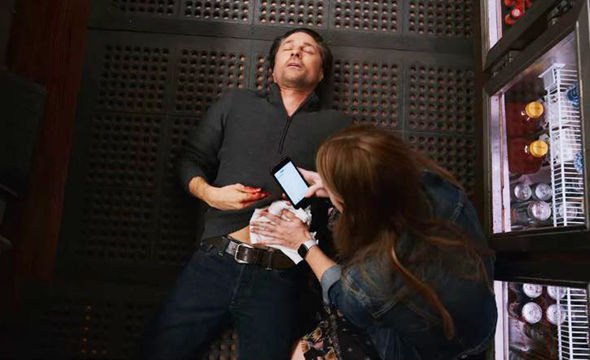 Meanwhile, Martin has starred in Grey’s Anatomy and movies like Torque, The Ring, Bride and Prejudice.

“I think they’re both great actors, don’t get me wrong. But reading that made me realize, THIS is the biggest project they’ve both had, I just don’t see how they could want out,” the user continued.

Someone replied: “I agree with you. I don’t understand why they would want out. Breckenridge doesn’t have any future projects booked according to IMDB (except that thriller that has been listed for ages….). Henderson only has one which says is from 2018.

“I don’t think either have the mobility and they don’t strike me as being ‘in demand’. 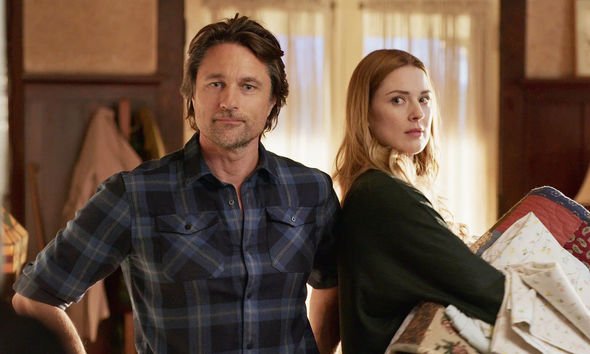 “For comparison (although not really comparable) someone like Margot Robbie already has 13 upcoming projects booked on her IMDB.

“I have a hard time believing that actors with no upcoming projects in an incredibly saturated market would just “loose interest” in a project, especially if it’s been so successful. Unless this role leads to something grand for each of them,” the comment added.

Someone else said: “Actually, I’d never heard of either of them before I happened upon VR… their performance in VR has been quite enjoyable.

“A very convincing love story. I know not everyone likes them on the show, but I think they’re why most people tune in. So if they were to go…..?”

Another mentioned: “I don’t think they want out at all, they seem pretty happy and even surprised with the success. It was really just a supposition I read somewhere, but I think it’s interesting to comment on this topics.”

It comes after a This Is Us fan wonders whether Alexandra can return to the Amazon Prime television series if she is in Virgin River.

Virgin River season one and two are available to watch on Netflix now.

'Firefly' and 'Starship Troopers' Have Something Unexpected In Common

'Big Little Lies' Cast Starstruck Over, In Awe Of Meryl Streep During Filming