Vikings: Gunnhild swims out to sea to 'be with Bjorn'

Vikings season six, part two was the final instalment in the historical drama and plenty of secrets were shared. Ingrid (played by Lucy Martin) had evolved from a mere resident of Kattegat to a powerful witch and this raised many questions among Amazon Prime Video viewers. Some fans have wondered whether Ingrid’s magic was the cause of Gunnhild’s (Ragga Ragnars) baby’s death.

The final part of the Vikings saga promised plenty of shocking moments and it definitely delivered.

In the first half of season six, viewers found out more about Ingrid, who became Bjorn Ironside’s (Alexander Ludwig) second wife.

She came across as a timid and defenceless character, who was later raped by King Harald (Peter Franzén).

However, in the second half of the season, she had trained as a shieldmaiden and fought in the battle against the Rus army.

Following the death of her husband Bjorn, she became one of the candidates to take over his role as ruler of Kattegat. 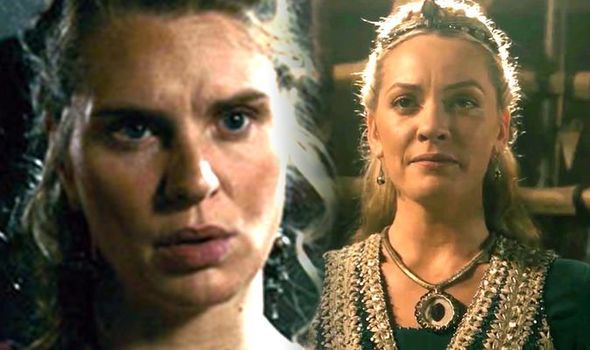 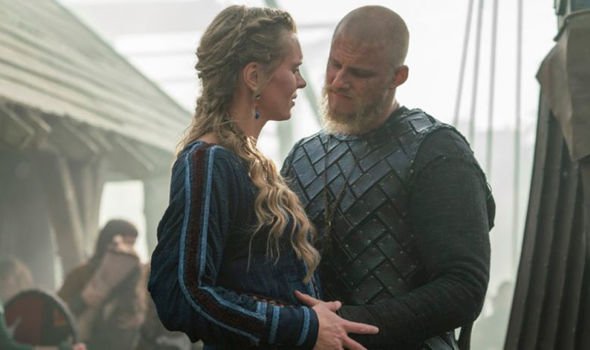 Also in the running for Queen was Bjorn’s first wife, Gunnhild, who had fought in the initial battle against the Rus.

She was pregnant with Bjorn’s child at the time but continued to fight and she ended up diving into the water to escape arrow fire.

Sadly she lost her baby after the battle, having suffered a miscarriage.

Fans have been wondering whether Ingrid was a witch all along and whether she had controlled the fate of Gunnhild’s unborn child.

As Ingrid’s special abilities as a witch were never explained, her story is open to interpretation. 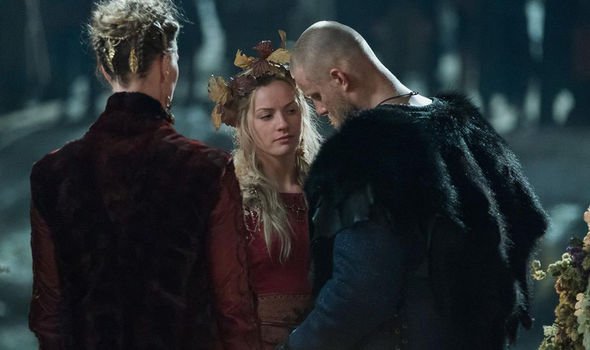 One fan said on Reddit: “Did Ingrid use magic to kill Gunnhild’s baby so that only she had an heir to the throne?

“Did she also use magic to make Bjorn fall for her?”. There is no knowing when or how Ingrid came to get her powers.

While the idea is possible, other viewers have suggested Gunnhild’s baby died as a result of Gunnhild’s vigorous fighting.

ElderTrollsSkyrum said: “No, I don’t think it was Ingrid’s fault. Look what Gunnhild was doing. A pregnant woman shouldn’t be doing stuff like that.”

LessAdministration5 added: “Agree. We saw the same with Lagertha in the first half of season four. Gunnhild was probably a similar character to Lagertha.”

DON’T MISS…
Vikings: Why did Bishop Heahmund have to die? [INSIGHT]
Vikings season 6 part 2: Why did Alfred stop the battle against Ivar? [INTERVIEW]
Vikings: What other role did wrestler Adam Copeland want to play? [INSIGHT] 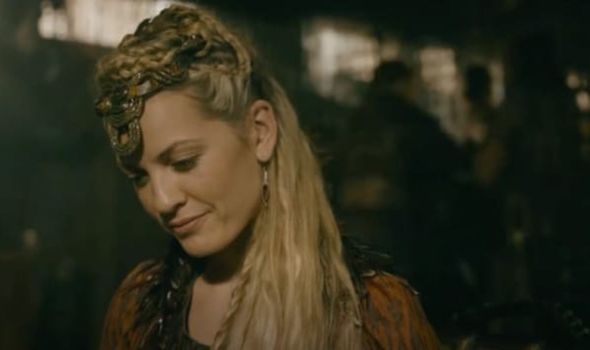 Fearless_Anteater_52 supported the theory, saying Ingrid only wanted power and she did not care about anyone else.

They said she may have coaxed Bjorn into loving her by using magic, adding: “Only thought about it when Harald drank her drink and joked about it being a love potion.”

They went on to say how Bjorn had only wanted Ingrid for “one thing” initially, and then he was suddenly in love with her.

Sadly, Bjorn had never had much luck when it came to relationships and he was always making his situation more difficult.

The fact he ended up with two wives as he could not choose between the two adds to the idea he has no idea how to navigate love.

When it comes to Gunnhild’s child, the most likely answer is that she lost the baby as a result of the fighting.

She had put herself through a lot of danger and was almost killed by Ivar (Alex Høgh Andersen) and his men on the river.

The fact she was left without an heir to the throne helped pave the way for her vulnerability in the final episodes.

She ended up taking her own life as she wanted to be reunited with her dead husband, believing she had nothing else to live for.