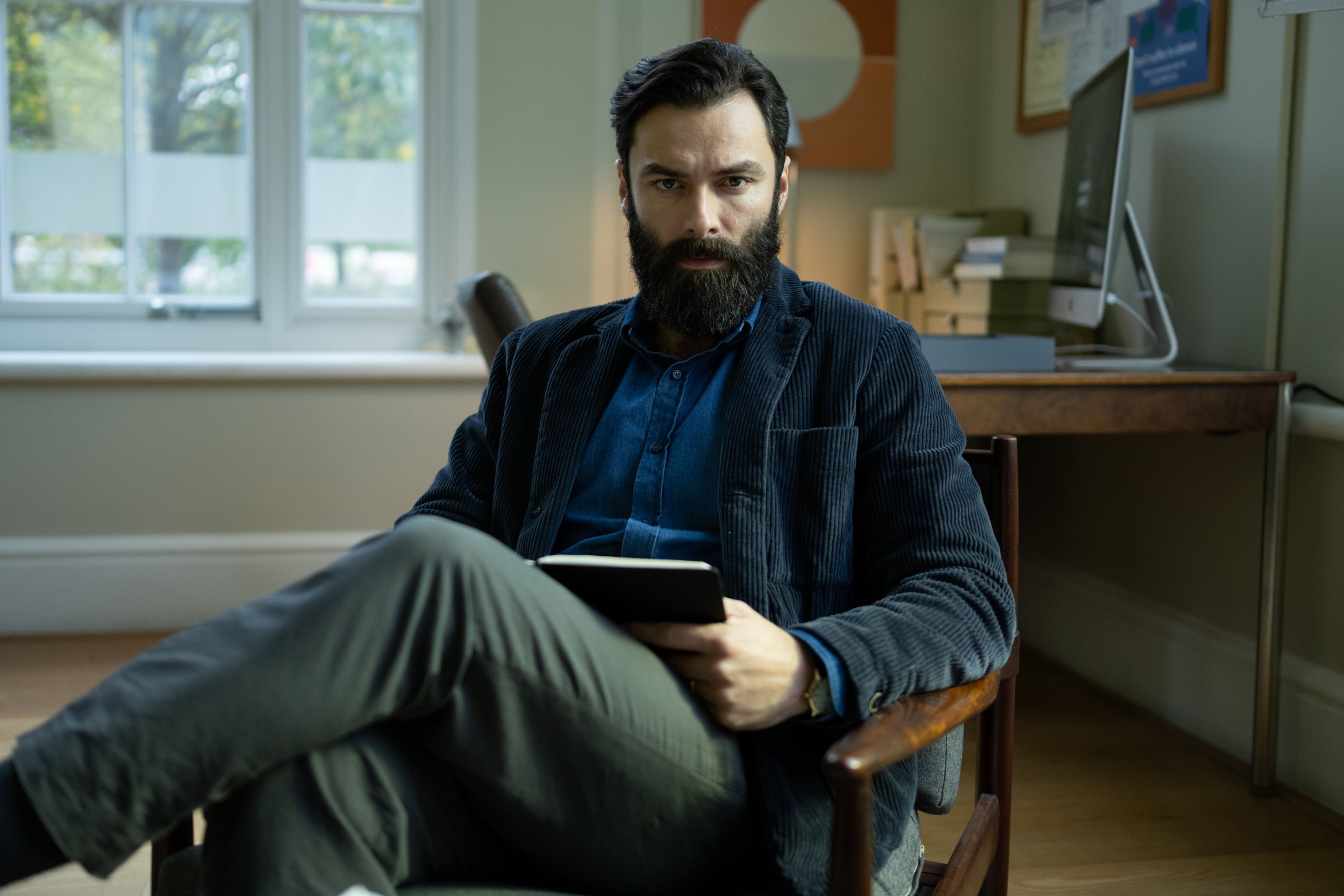 Aidan Turner returned to screens in dramatic fashion on Bank Holiday Monday in new series The Suspect as clinical psychologist Dr Joe O’Loughlin, brought in to help the police with an investigation.

A successful practitioner with a book deal (and a very bushy beard), who is seen talking down a young man with cancer from jumping off a building, O’Loughlin is presented in a positive light as the show begins.

The only secret he seems to be keeping is that of his recently diagnosed early onset Parkinson’s.

However, as the police continue press on with investigating the death of a young woman, ghosts from his past start to resurface.

O’Loughlin raises suspicions with his erratic behaviour, including re-entering the morgue without supervision, being at the cemetery when the body is discovered and eventually confessing to knowing the victim.

The Suspect is keen to offer both possible options – ‘rooftop hero or sick killer’ – but viewers of the first episode were pretty convinced they had worked out who the real killer is, and they don’t think it’s Aidan Turner’s character.

Owens is close to both best friend since university O’Loughlin and his wife Julianne (Camilla Beeput), with viewers sniffing out a potential true suspect here already – especially considering the type of roles James usually plays.

In one scene between O’Loughlin and Owens, his wife is described as ‘the woman everyone wanted’ at university by Owens, before O’Loughlin countered jokily: ‘The woman you wanted!’

‘My moneys [sic] on the Dr,’ tweeted one person, while another put forward: ‘I’m calling it. His doctor mate is setting him up because he wants his wife!’

A popular theory, another fan suggested: ‘Right… an elaborate plan on the part of his doctor to get him out of the way so he can move in on his old university love. Yes?’

‘If it’s not the main character it’s always the next “big” name actor. So it’s gonna be his doctor who did it,’ added another.

Only time will tell who is likely to be the real killer as the series squares up to put O’Loughlin in the frame, with the psychologist set to report to the police to give a statement, and advised to bring a lawyer.

The Suspect continues next Monday at 9pm on ITV.