Jax Taylor and Brittany Cartwright of Vanderpump Rules were hit with divorce rumors shortly after getting married. The couple tied the knot earlier this year with Bravo cameras capturing the moments for Season 8 of the show. In recent weeks, the SUR bartender was spotted without his wedding band which fueled speculation of an alleged rocky marriage. Taylor is now setting the record straight about his marital status. 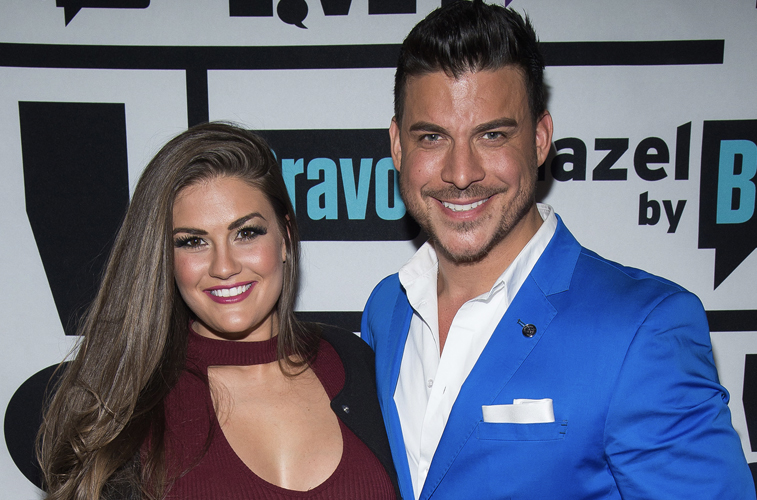 How did the divorce rumors start?

Within a month of getting married on Vanderpump Rules, Taylor and Cartwright were slammed with claims that they were “unhappy.”

“Brittany wanted to have this magical over-the-top wedding so that she could have a dream wedding that would play out on TV,” an insider told Radar Online.

The same insider claimed that Cartwright was still having issues trusting Taylor as he had cheated in the past.

“She thought that getting married would make all of her suspicions go away, but it hasn’t. All it has really done was give her a ring and more reason to worry that something may happen,” the tipster revealed.

Another issue between the newlyweds was Cartwright’s spending habits that were not aligned with Taylor’s vision.

“Jax is freaking out about money now, too. Now that they are married, all of his money is hers and all of her money is his and it has been causing some major issues because she loves to spend,” the insider claimed. “To make matters worse, they did not get a prenup. Everyone thinks that this was such a huge mistake.”

Rumors intensified when Taylor was spotted by photographers without his wedding ring. The pictures gave basis to the unfounded claims marriage was not working out for the couple.

After numerous headlines around Taylor and Cartwright’s marriage, it was the former Hooters waitress that broke her silence and gave a statement to the media.

“We have to laugh about stuff because, I mean, there are articles saying that our marriage is in trouble and stuff like that. I’m just like, ‘Oh my goodness,’” she told Us Weekly. “We have been so solid. I don’t even worry about it because as long as we’re happy and we’re doing good, that’s all that matters, you know?”

Happy Birthday to my best friend, my honey, my HUBBY @mrjaxtaylor ❤️ I love you so much babeeee!! 40 never looked so sexy! 😘😘😘

Cartwright also made it clear why her husband doesn’t wear his wedding band.

“I love his ring, I love seeing it on him,” she added. “He’s always wearing it, he hasn’t lost it or anything yet, I was really worried about that … He’s even gonna get workout rings that he can wear to the gym.”

In that same interview, the Bravo star also talked about marriage life.

“Married life is awesome,” she continued. “I think we’ve settled in very well. I’m just so excited. I love Jax so much so everything’s been going great. Hopefully we’ll be able to have a family and stuff. We’re doing great. We are very, very, very happy right now.”

After weeks of gossip and Taylor mocking the rumors on social media, he finally revealed the real reason he doesn’t wear his wedding ring.

“I don’t ever wear my wedding ring. I just don’t. I’m not a jewelry guy,” Taylor told Hollywood Life. “I go to the gym, I’m working in the yard. At my house, my wife doesn’t wear hers either. And my wedding ring is big, so it gets in the way and all that.”

My partner in crime for life! Love you baby.

Taylor pushed back on all the press he’s gotten for not wearing the ring.

“I don’t know if it’s a slow day in the gossip magazine world or whatever, but many people I know don’t wear their wedding rings,” he continued. “We wear it when we need to wear it, like when we go out and stuff like that, but around the house and stuff, no.”