Longtime fans of Little People, Big World know that Matt and Amy Roloff’s twins, Zach and Jeremy, were thick as thieves growing up. However, as the twins have grown older, it seems like they have drifted apart. The Roloff brothers have very different takes on life, as do their wives. In fact, Zach’s wife Tori and Jeremy’s wife Audrey have seemed to be feuding over their differences the last several years. Read on to learn more about Tori and Audrey Roloff’s feud and why the pair just can’t seem to see eye to eye. 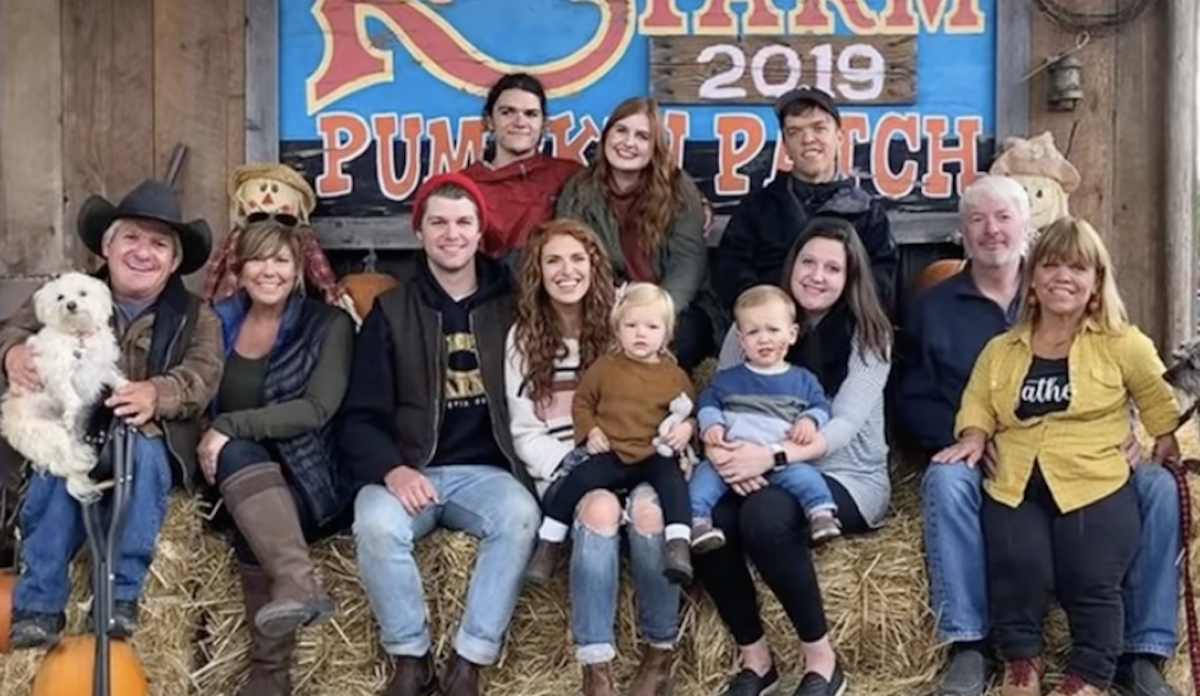 Since the premiere of Little People, Big World on TLC in 2006, fans have watched the Roloff twins transform from a couple of teenage kids to a couple of married men with children. Jeremy was the first of the twins to get married, tying the knot with Audrey Botti in September 2014. Since their wedding, the pair have welcomed two children and are expecting their third in November 2021. Jeremy and Audrey have also become known for their conservative values, and religion always seems to be at the forefront of everything they do.

Religion and politics aren’t the only grounds of difference for the couples either. According to The Sun, the twins have come to blows over who should get to run their family farm once their dad steps away from the business. Zach and Jeremy’s disputes over the future of Roloff Farms have seemed to put a wedge between their wives as well.

While there have been reports of the Roloff couples clashing throughout the years, LPBW fans have noticed that the Roloff sisters-in-law have been rather cold to one another on social media as of late. According to The Hollywood Gossip, when Audrey announced her third pregnancy to her 1.5 million-plus Instagram followers, her sister-in-law Tori did not send congratulations her way.

Along with the pregnancy announcement snub, the Roloff sisters-in-law have not been making an effort to get their children together for well over a year. While this would be completely understandable, given the state of the world, both mothers have scheduled play dates for their kids with other children and posted the photos to social media in recent months. From social media, it appears that the Roloff cousins only get to see each other when their grandma, Amy Roloff, makes an effort to bring everyone together.

Did Audrey extend an olive branch to Tori?

Things have seemingly been radio-silent between Tori and Audrey over the last couple of years. However, Audrey recently extended an olive branch to Tori on social media. Tori recently opened up to her 1.6 million Instagram followers about a miscarriage she experienced early on in 2021. Tori received a ton of support and encouraging messages online, including one from Audrey.

Since Tori’s announcement, the sisters-in-law have been interacting more on social media. Tori recently posted a reel to Instagram where she made a little video poking fun at all the hate messages that have been piling up in her inbox. According to Cafe Mom, in the video, Tori pretended to be a fan saying:

“So I never really message people on here, but I wanted to let you know that I used to really like following you until yesterday when you posted something that I did not like. And I thought we liked all the same things, but we do not. And I do not like that. You are no longer living up to the expectation I created for you in my head, so because of that, I am unfollowing you.”

Tori captioned her video, “No, it’s cool. You don’t have to tell me.” With Tori’s hilarious video, it’s safe to say she’s a little fed up with fans trying to dictate what she can and can’t post to her Instagram.

Audrey seemed to relate and enjoy Tori’s video, too, as she simply responded with a series of laughing emojis. With the Roloff sisters-in-law interacting on social media again, it may be a sign that old issues between the families over politics, religion, and the farm, may finally be coming to a resolution.

Emmerdale fans fume at Jacob for treatment of Leanna

The Unanswered Game of Thrones Questions