Tommy, 20, and Molly-Mae, 20, haven’t had the easiest of relationships on Love Island, with the likes of Maura Higgins, 28, and Lucie Donlan, 21, setting their sights on the young boxer.

Although the backlash of Casa Amor shattered the very foundation of the ITV reality show, Tommy and Molly’s relationship remained intact.

If anything, the distance apart made the pair realise they had found what they had been looking for but have yet to make things official.

No other couple has put the label of boyfriend and girlfriend on their partnership but it looks like Tommy and Molly-Mae will be the first of series five.

I only want to be with you

Although he is currently in somewhat of a love triangle after calling time on his relationship with Amy Hart, 27, as a result of the Casa Amor, Curtis Pritchard, 23, is called on by Tommy to help him with an important mission.

Sat on the day beds, Tommy tells Curtis: “I think now is the perfect time to ask Molly-Mae to be my girlfriend.”

Tommy and Curtis are then seen scurrying away and after grabbing Moll-Mae’s teddy, Ellie-Belly, the pair head off to girls dressing room.

The young boxer then pens a note in which he asks Molly-Mae the all important question to seal the deal on their relationship.

Trying to make the moment as romantic as possible, Tommy ties the note to Ellie-Belly and scatters the terrace with rose petals.

Heading back down to join the rest of the islanders, Tommy then pulls Molly-Mae to the side to ask if they can go for a chat. 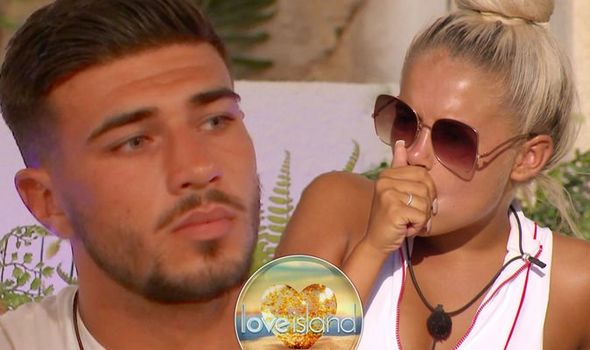 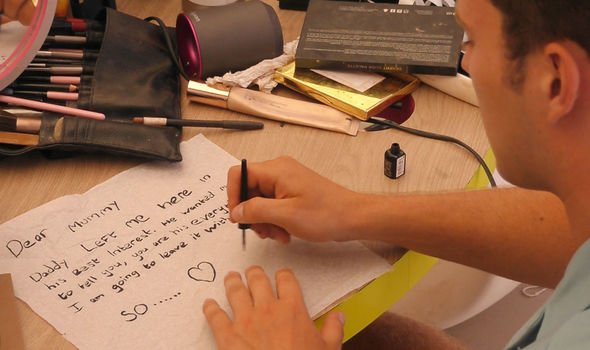 After finding Ellie-Belly waiting for her on the terrace, Molly-Mae reads the note tied to her which says: “Dear Mummy. Daddy left me here in his best interests. He wanted me to tell you that you’re his everything. I’m going to leave it with Daddy. So…”

Taking the floor, Tommy explains: “On a serious note, you know how much you mean to me and you’re the only girl for me. I only want to be with you.”

Tommy then asks: “Therefore, I was wondering if you wanted to be my girlfriend?” but viewers will have to tune in to see if the young romantic’s plan has worked.

Tonight will also see not one, but two couples dumped from the villa, meaning four cast members will be making their exit.

As three couples are left vulnerable as a result of the public vote, the first couple booted out the villa will be based on the lowest amount of viewer support. 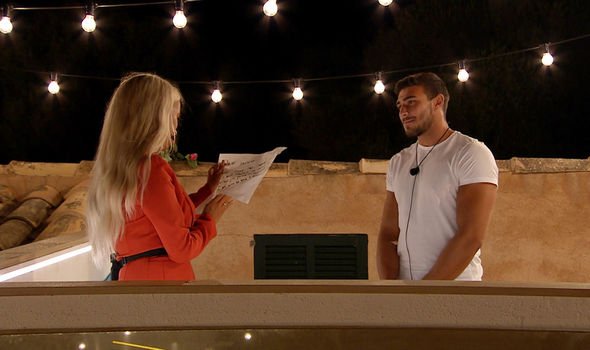 However, after the first result is announced, it will then be left down to the rest of the islanders to decide which couple out of the two remaining should leave next.

Will more hearts be shattered as chances of romance are extinguished for some islanders?

The current frontrunners to be crowned champions in three weeks time are Tommy and Molly-Mae with Ladbrokes bookmakers placing their latest odds on the couple winning at 1-9.

Ladbrokes spokesperson Harry Aitkenhead also revealed: “Tommy and Molly-Mae seem to have Love Island 2019 wrapped up and we now make the lovers just 2-1 to get engaged during 2019. You certainly wouldn’t rule it out.

“Jack and Dani breezed through the show last year but this time around Tommy and Molly-Mae are even bigger favourites. It really would be a shock if they didn’t win this series.”