Speaking on ITV’s Good Morning Britain, Mr Watson argued Sir Keir Starmer and Emily Thornberry will face the hard job of explaining why “Labour keeps losing elections” in their leadership campaigns. Mr Watson urged Labour members to wait until all candidates have clearly stated their intentions and the direction they want to take their party after Jeremy Corbyn’s leadership. He said: “I would urge all Labour members to reserve judgement until they hear what the candidates have got to say.

“Particularly those that were on the frontbench. They’ve got to explain why Labour keeps losing elections.”

On Rebecca Long-Bailey, who is yet to announce her leadership bid, he added: “She was in the shadow cabinet so she was wedded to that manifesto.

“But that’s true of Keir Starmer and Emily Thornberry as well.

“With Rebecca Long-Bailey in particular, she’s obviously the continuity Corbyn candidate and her decision is: does she signal a break from that or does she try and defend that position?” 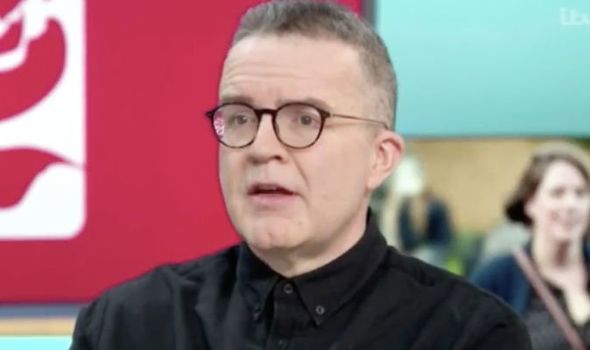 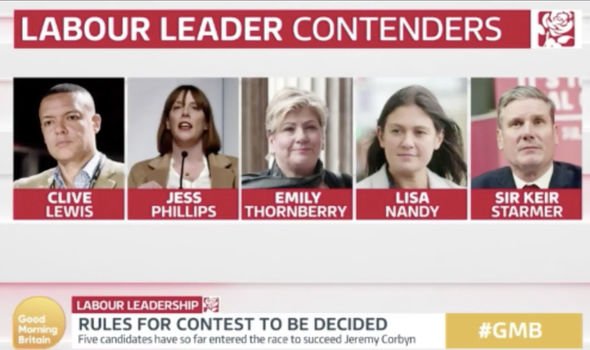 Labour’s ruling National Executive Committee is to decide on the campaign timetable and other key elements for the election of Jeremy Corbyn’s successor.

Other factors that could potentially affect the outcome, such as who is eligible to vote, will also be ruled on during the meeting expected to be attended by the outgoing leader in London on Monday.

The NEC, which includes shadow cabinet members, will also set the “freeze date” for eligibility to vote for those signing up and the cost of becoming a registered supporter – non-party members who can vote in the race.

Shadow education secretary Angela Rayner is expected to launch her candidacy for deputy leader in Stockport on Monday. It has been anticipated she will support her friend and shadow business secretary Rebecca Long-Bailey for leader.

MPs hoping to take the helm of the party by the end of March were on Sunday setting out their stalls, with widespread criticism of the scale of Mr Corbyn’s radical proposals.

Prominent backbencher Jess Phillips would not commit to re-nationalising all key utilities and said the free broadband proposal was unbelievable.

Shadow Brexit secretary Sir Keir Starmer said Labour had lost the trust of voters who felt the manifesto was “overloaded”.

Ms Phillips told The Andrew Marr Show she would “wait and see” how Brexit turns out but hinted a return to the EU would be possible under her leadership.

But when pressed whether she would re-nationalise mail, water and energy, the Birmingham Yardley MP told the BBC show that “we have to make choices”.

“Of course have to in the future look to how those services can better serve the public and nationalisation is one of those ways,” she said. 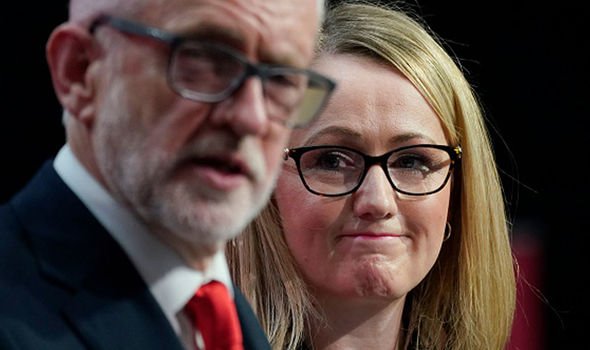 “While there are still homeless people literally sleeping outside my office both in London and in Birmingham we have to make the choices that people can trust that we will deliver.”

Sir Keir, the current favourite in the race, said Labour lost the public’s trust over a lack of clarity on Brexit, anti-Semitism, and a “feeling that the manifesto was overloaded”.

But he told Marr that “we shouldn’t retreat from the radical” as he outlined his vision for the future.

Shadow foreign secretary Emily Thornberry said the “dreadful” electoral result was partly because the manifesto “just wasn’t convincing because their was too much in it”.

“In the end, we can say until we are blue in the face that there is another way- and there is – but we won’t get the opportunity to serve if people don’t believe us,” she told Sky’s Sophy Ridge on Sunday.

Spoilers: Ben and Callum enjoy some roleplay in EastEnders