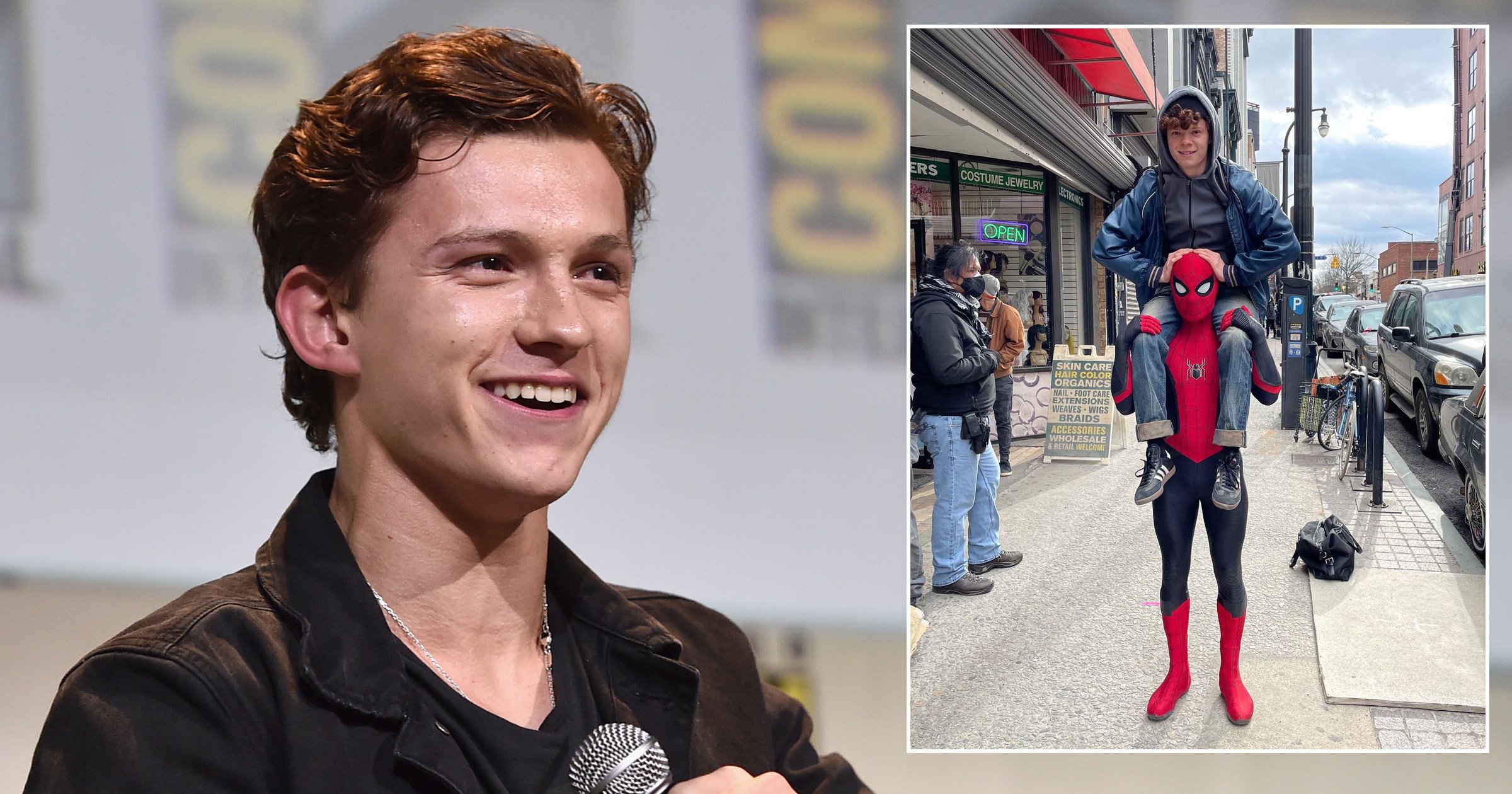 Spider-Man star Tom Holland has brutally announced that his brother Harry’s role in No Way Home is, erm, no more.

The actor, who stars as Peter Parker, previously revealed the sweet news that Harry would be joining him in a cameo role.

However, chatting to Graham Norton, Tom revealed: ‘I don’t think he actually knows this. We saw the film the other day and they’ve cut the scene!

Recalling his brother’s excitement about the role, Tom went on: ‘He said to me, “It was really tough but I was really excited to be in a Spider-Man movie.”‘

Clearly not having too much sympathy, the 25-year-old joked: ‘Sucks to be you bro!’

‘In another universe, he is!’ Graham insisted, with Tom adding: ‘He’s in the deleted scenes’.

The role came about after Harry scolded Tom for complaining about a difficult day of stunts on set, with the Spider-Man star wanting to see how how his brother got on in the same situation.

‘We cast Harry, he’s on set, I go up to the stunt coordinator like, “Please, whatever you do with the stunt, make it so that he’s upside down,”‘ he recalled.

‘Bless him, he’s doing a really good job. And he’s got these lines and as the day goes on, he’s starting to forget his lines and his eyes look like they’re gonna pop out of his head.’

Tom returns as Spidey in the new film, alongside Zendaya as MJ.

It kicks off as Peter has had his identity revealed. Desperate, he goes to Dr Strange (Benedict Cumberbatch) for help, but things only get worse when some old enemies come to haunt him.

While much of the plot is being kept under wraps, plenty of fans are convinced we’ll get to see the return of Andrew Garfield and Tobey Maguire as Spider-Man – although Tom, Sony, and Andrew have all denied the speculation.

We’re not giving up that easily!

Spider-Man: No Way Home hits cinemas on December 15. The Graham Norton Show airs Fridays at 10pm on BBC One.

Golden Globes 2020 Film Predictions: Our Best Picks in Every Category

'I never heard anything from Cheryl – but I feel I should thank her', says Crazy Stupid Love songwriter Katelyn Tarver