Tiger King: The Doc Antle Story is a three-part series that ‘unpacks the truth’ about the Myrtle Beach Safari owner, ‘as witnesses come forward to share their troubling stories of abuse and intimidation that set him at the top of the food chain.’

‘A lifelong showman, Doc Antle has built his various careers on theatrics, attracting a slew of admirers along the way,’ the synopsis reads.

‘But beneath the eccentric, animal-loving facade lies a predator far more dangerous than his beloved big cats and a man shadier than any of his Tiger King counterparts

‘Netflix is at it again with their tabloid style fiction based docufantasy: Tiger King “A Doc Antle Story”,’ he began. 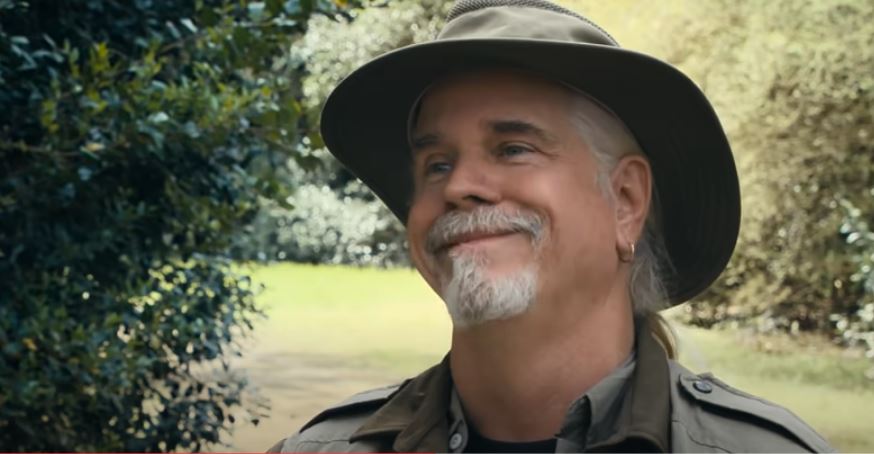 ‘It’s yet another one of Eric Goode silly, twisted and distorted stories of half-truths and many lies about my life from 25-35 years ago.

‘The story is loosely strung together by Netflix producers who are always so factual…not! They conjure up a story about a small mist that they present as a category five hurricane.’

Antle continued: ‘They’ve brought in a variety of colourful second and third tier characters from my long lost past, all of whom attempt to tell a tale that never happened.

‘We here at Myrtle Beach Safari operate the Ritz Carlton of wildlife preserves, one of the finest in the world. We have a fantastic staff, most of whom are family and have lived here for 20-25 plus years.’

He concluded: ‘If you want the truth, come and experience this for yourself, talk with us, and get to TRULY get to know us. We would love to have you. Peace and love Netflix and bless your hearts!’

But the documentary also explored other aspects of his life too, including accusations of failing to take proper care of animals.

He previously slammed his portrayal in the show, stating in a video interview: ‘This is not a documentary.

‘This is a salacious, outrageous ride through television show produced to create drama to tie you into some crazy train wreck of a story between the feud of Carole Baskin and Joe Exotic.’

Tiger King: The Doc Antle Story arrives Friday, December 10 at 8am in the UK.