A row erupted on This Morning over a sweet photo of Queen Elizabeth and the late Duke of Edinburgh with their great-grandchildren. Guest Julia Hartley-Brewer claimed Meghan Markle would be “offended” as her son Archie was not included – despite not yet being born. Nicola Thorp jumped in to brand the claims “ridiculous” before host Dermot had to step in and diffuse the debate.

While speaking to This Morning presenters Dermot and Alison Hammond, Nicola said the photo was “lovely” and showed the royals are still a family.

However, Julia disagreed: “It’s a beautiful photograph taken back in 2018, several of the grandchildren of course – before Archie was born to Meghan and Harry.

“I wonder if Meghan would take offence at this photograph because it doesn’t include her son.

“She probably thinks it’s a racist photograph taken before her son was even conceived but I’m sure she’s looking to take offence at it anyway.” 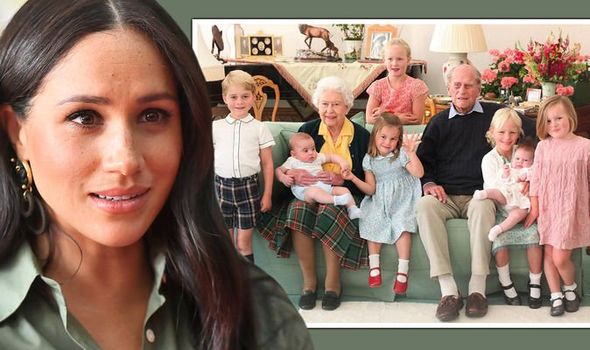 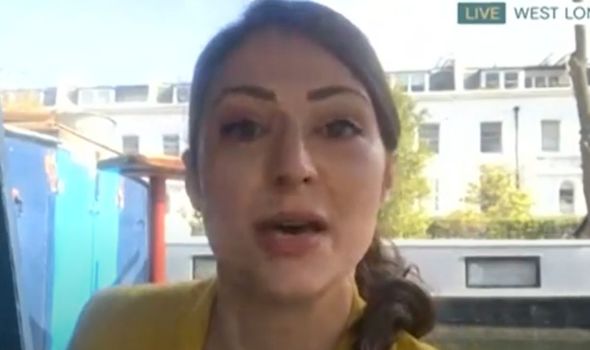 Nicola called her out, arguing: “Julia, you can’t say something like that. I’m sorry and I know you’re laughing about it.”

“I can,” Julia interrupted, clearly shocked at Nicola’s response.

“Well you can’t say it without me picking you up on it,” Nicola replied.

“To suggest that Meghan would think that something was racist because of something that didn’t even exist at the time, you yourself are kind of pushing this agenda and I’m tired of it. 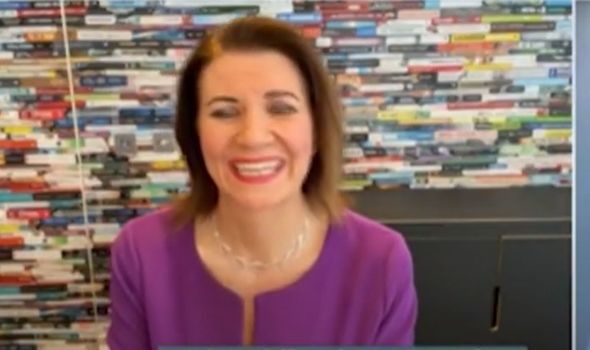 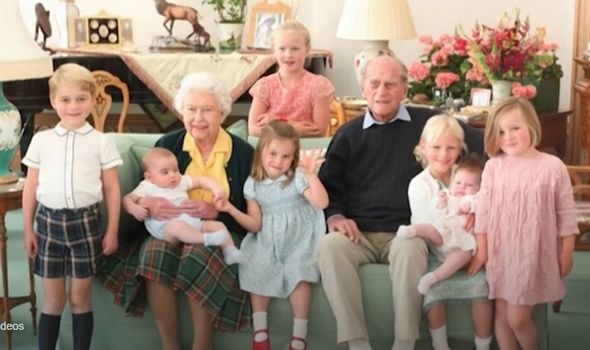 “I’m sure many viewers are tired of it. Because what it does is devalues somebody’s experience when they actually do speak about racism.

“If you’re just going to make up a scenario that hasn’t even existed.”

Julia responded: “Yes I made the joke that some people are able to find offence in anything, as it would appear that she would have done, pointing the finger at senior royals. No it’s a beautiful picture and it’s heart-warming.”

At this point Dermot stepped in: “Okay ladies. I’ve got to be honest, we picked that first one because we thought ‘that’s a nice little story we can all agree on.'”

The panel went on to discuss the upcoming funeral of Prince Philip, and the fact that none of the royals will be wearing military dress.

Nicola said: “I think we’re all talking about uniforms, again, when possibly, we should be talking about the fact that Prince Andrew hasn’t spoken to the FBI still.”

“Hang on a minute,” he said. “You agreed on something, I think we need to just take a moment to process that.”

Alison commented: “Don’t even go there.”

This weekend, Prince Philip’s funeral will take place at St. George’s chapel in Windsor at 3pm and will be broadcast for the public to watch.

Prince Harry, who is expecting his second child with wife Meghan, has flown back to the UK to join his family for the memorial.

This Morning airs week days on ITV at 9am.