Spoiler alert! Do not proceed if you have not watched the season 5 finale of This Is Us.

This Is Us‘ fifth season ended with a wedding, just not the one you thought.

On Tuesday’s season closer, Kevin (Justin Hartley) and Madison (Caitlin Thompson) prepared for their wedding day in the Adirondacks. But as the big moment approached, Madison was the one who pumped the brakes on saying “I do,” because she couldn’t marry someone who didn’t love her fully. While the revelation devastated Kevin, he seemed to accept the reality of their broken engagement — after all, they didn’t have the most romantic of courtships.

So color us surprised when the finale fast forwards four years later to when the Big Three are 45 and it’s revealed that it’s Kate (Chrissy Metz) who’s getting ready to walk down the aisle… again. The groom? None other than Phillip (guest star Chris Geere), who hired Kate as a teacher’s assistant after some initial hesitations. (There were hints that something was amiss between Kate and Toby in the not-so-distant future and now we can start to fill in those blanks.)

Even more surprising? That Kevin and Madison are on friendly terms years later and that Randall (Sterling K. Brown) is a “rising star” in something.

“Chris is going to be a big part of the show next year… We owe a lot of him,” creator Dan Fogelman told a handful of reporters, including ET, of the twist. “He’s an actor we’ve been following for a while and are big fans of on the show. It’s obviously a plot point that we’ve known was coming for quite some time — Kate’s second wedding — and we knew it would be revealed at the end of the season. We actually had Chris come down and meet with Chrissy much earlier in the season under severe testing protocols and everything so we could put them together and feel them out, because it was such an unusual season of shooting.”

Fogelman emphasizes that the finale twist has “been part of our plan all along,” confirming that the fan theories that Kate and Toby’s relationship would ultimately end on the rocks had meat to them. “We’ve hinted at many times that something was not normal between Chrissy and Sully, and here we are.”

“One of the things I loved about this finale and the execution when it was all done is despite multiple reveals of marriages not quite working out, when you come to that period in the future, everyone feels good,” he adds of the wedding flash-forward. “On first viewing, you’re registering the twist and shock of what you’re seeing, but on second viewing, you can see the feeling and the smiles that exist in that moment. That was something we were trying to capture.” 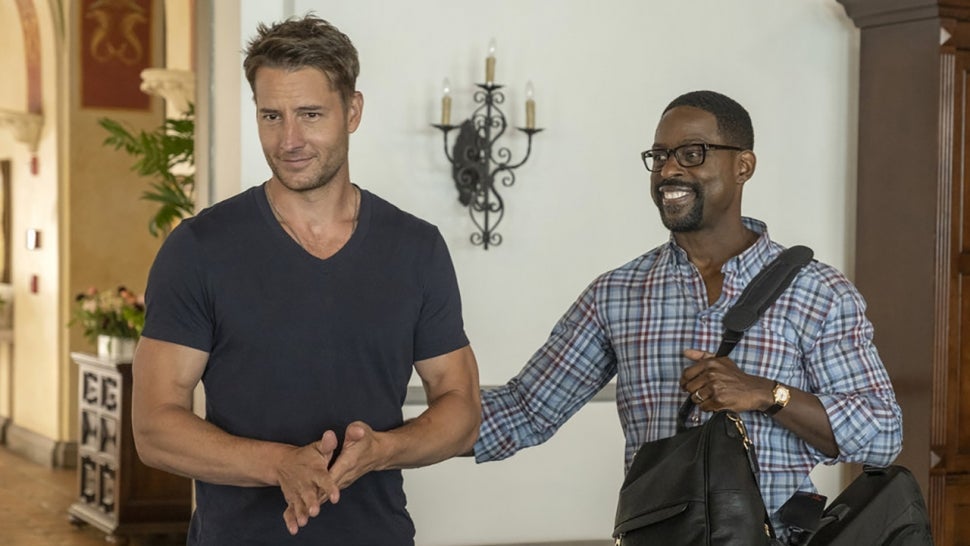 As for Randall’s intriguing “rising star” profile, that will be a mystery that will gradually unfold in season 6. “I can’t say much, but obviously when you get a profile like that written, something is happening with his career. I can’t get into great detail, but we do have a plan. We’ve had it for a while,” Fogelman teases. “That’s a journey we owe and traversing time a little bit, we’ll be able to tell that story in full.”

With season 6 being the final chapter in the Pearsons’ saga, the upcoming premiere — which won’t air until 2022 — will again see the Big Three celebrate another birthday: Their 41st.

“Often on our birthdays when we’re blowing out those candles and we make that wish, we’re wishing for that happy ending for ourselves,” Fogelman says. “For Kevin’s character, all of us — everyone who writes him and everyone who are fans of him and people who have varying relationships with who they root for — are hoping he finds his romantic center. Whether that is a marriage, whether that’s a relationship, whether that’s finding his center internally and [staying] single, that’s one of the looming questions for the show: Will Kevin find that happy ending in whatever form it takes?”

But with so many timelines introduced over the past five seasons and one final 18-episode run to wrap everything up, Fogelman acknowledged the challenge of tying every loose end up in a satisfying bow.

“The show has always been challenging because it plays with time, and we always knew that season 6 would be ambitious in terms of the way it jumps time — even more ambitious than other seasons. Because our audience has been so devoted and we’ve hopefully smartly set up the contained areas where these future timelines live, I think you’re going to have a real sense of resolution and completion from this family,” he promises. “It’s where the mixed up VHS tapes of this family will all coalesce and speak to one another in completion.

Fogelman hints that there are certain elements of the upcoming final season that he’s kept in his back pocket and is looking forward to finally executing.

“Since the very beginning, I’ve had a strong feeling of where I want this to end. And it won’t simply involve the series finale, but it involves the final season. It’s moments. It’s images. It’s scenes. It’s ideas,” he tells ET. “I have a list of them that I’ve wanted to tell in a pretty specific order. It’s a real gift to be able to have been thinking about those images, those scenes, those literal lines of dialogue and be able to execute them the way you want to. You can’t really ask for anything more in the modern state of television. Obviously, there’s shaping that gets done, but there are images and our cast knows quite a bit of them and some of them have been shot. We’re excited to end it the way we talked about ending it since the first season of the show.”

For more, watch below.

'This Is Us' Sneak Peek: Kevin and Madison Prepare for Their Bachelor and Bachelorette Parties (Exclusive)

To stay up to date on breaking TV news, sign up for ET’s daily newsletter.

Bubba Wallace Docuseries From 300 Studios, Boardwalk Pictures In The Works At Netflix