Gillian Anderson had to fight for equal pay on The X-Files not once, but twice. The 52-year-old actress starred alongside David Duchovny for nine seasons of the hit FOX series from 1993 to 2002, and then again in the 2016 reboot. And both times, she was offered less pay than her male co-star.

The sci-fi series has yet to return to TV since its lackluster season 11 in 2018. Anderson herself left the reboot after season 11, citing its poor ratings as the reason for her departure. But one can’t help but wonder if the pay negotiations she was forced into made leaving the reboot easier. 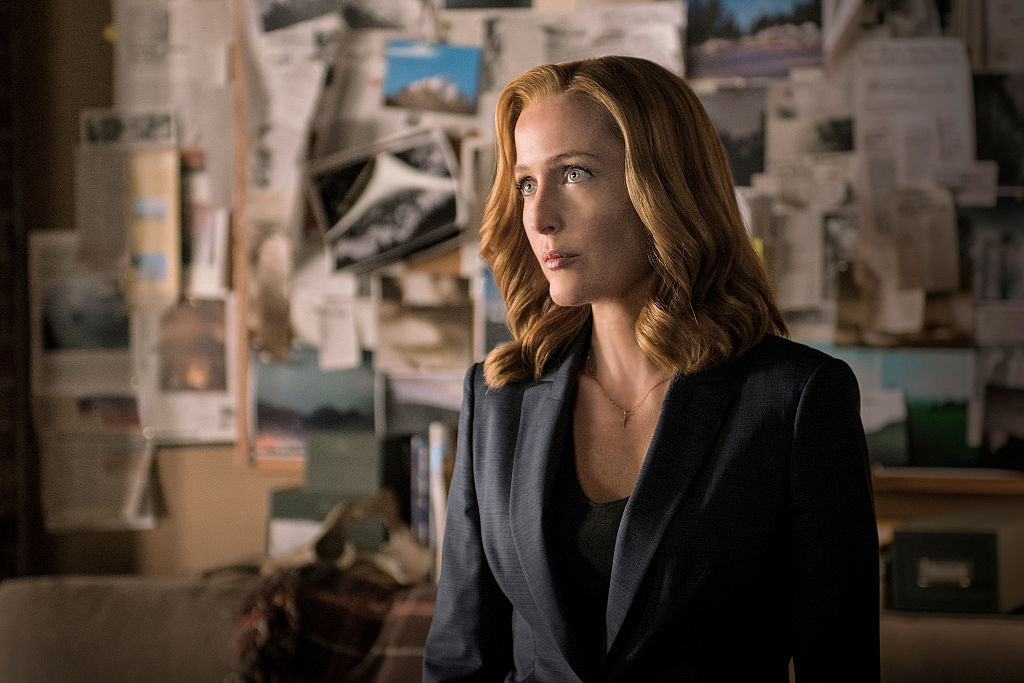 Anderson played Agent Dana Scully, an FBI agent and medical doctor, alongside Duchovny’s Agent Fox Mulder. Scully was hired to disprove Mulder’s theories of alien activity, but of course, his theories turned out to be right.

Only 25 when she auditioned for the show, the original series was Anderson’s big break. And her portrayal of the powerful Agent Scully was one of the few examples of nuanced female leads on TV at the time. Anderson ended up winning an Emmy and a Golden Globe for her work, but her undeniable role in the show’s success apparently wasn’t enough for her to be offered equal pay from the jump for the reboot.

The most shocking part about the reboot pay disparity is the fact that Anderson had already fought for equal pay in the ’90s. Not only was the actress first told that she had to stand behind Duchnovy on camera (a direction she quickly rejected), but she also didn’t get equal pay for equal work until three years after the series took off.

“I can only imagine that at the beginning, they wanted me to be the sidekick,” Anderson told The Daily Beast in 2016 about the side-by-side rule. “Or that, somehow, maybe it was enough of a change just to see a woman having this kind of intellectual repartee with a man on camera, and surely the audience couldn’t deal with actually seeing them walk side by side!”

“I have such a knee-jerk reaction to that stuff, a very short tolerance for that sh*t,” she continued. “I don’t know how long it lasted or if it changed because I eventually said, ‘F*ck no! No!’ I don’t remember somebody saying, ‘OK, now you get to walk alongside him.’ But I imagine it had more to do with my intolerance and spunk than it being an allowance that was made.”

When the powers that be at FOX approached Anderson for the reboot, she was only offered half of what her co-star would make. This was during a time in Hollywood when women were beginning to be much more vocal about pay discrimination.

The Sex Education star first revealed the pay disparity in a talk with The Hollywood Reporter before The X-Files Season 10 premiered in 2016.

“At first, I thought it was a joke,” Anderson said, speaking of the reboot. “It wasn’t until we were at a small number of episodes that I could even have the conversation. Once we agreed, negotiations happened somewhere else. There’s no point in dealing with my side [first] because, as usual, they come to me with half of what they want to offer David.”

The Crown star commented on this report to The Daily Beast, noting that she defended the series to interviewers who were shocked by her original equal pay battle.

“I’m surprised that more [interviewers] haven’t brought that up because it’s the truth,” she said. “Especially in this climate of women talking about the reality of [unequal pay] in this business, I think it’s important that it gets heard and voiced. It was shocking to me, given all the work that I had done in the past to get us to be paid fairly. I worked really hard toward that and finally got somewhere with it.”

Anderson continued, “Even in interviews in the last few years, people have said to me, ‘I can’t believe that happened, how did you feel about it, that is insane.’ And my response always was, ‘That was then, this is now.’ And then it happened again! I don’t even know what to say about it. It is… sad. It is sad.”

Sources told The Hollywood Reporter that Anderson eventually did receive equal pay for the reboot, but the show’s inability to give its leading lady her due is a stain on the show’s legacy.

'Schitt's Creek': Does the Series Creator Wish He Had Another Season?