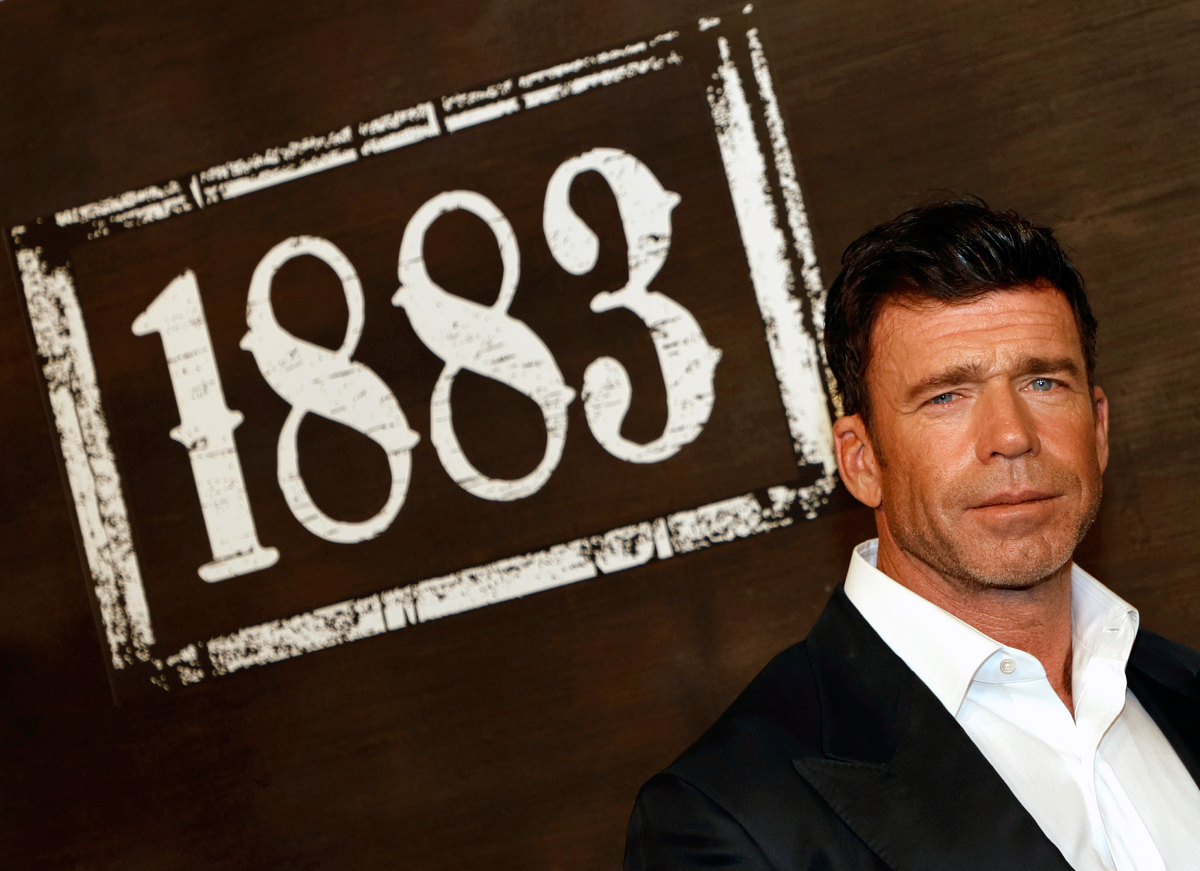 The Tulsa King was on the list of new series recently announced by Yellowstone creator Taylor Sheridan. The drama will star Sylvester Stallone as a legendary East Coast mobster named Sal who moves to the Midwest after serving a lengthy prison sentence.

When the initial series announcement was made in December, it had the title of Kansas City. Now, the project has moved to Oklahoma and will be known as The Tulsa King.

The first time it was revealed that Stallone had teamed up with Sheridan for a new drama, the project was titled Kansas City. According to a December 2021 article from Variety, the series comes from Sheridan and Boardwalk Empire creator Terence Winter. And this new drama marks the first time that Stallone has ever led a TV series.

According to the description, the series is set in the present day. It will follow “legendary New York City mobster Sal (Stallone), who is faced with the startling task of reestablishing his Italian mafia family to the modernized, straight-shooting town of Kansas City, Missouri.”

Obviously, some changes were made to the series’ location and title since the first announcement. The Stallone-led series is now titled The Tulsa King, but neither Sheridan nor Stallone has revealed why the change was made. However, the three-time Oscar nominee did give a brief description of his character.

“The Tulsa King is a very interesting story. Sal’s a lifetime gangster. He took the fall for his bosses and went to prison for 25 years — kept his mouth shut,” Stallone explained. “And now he comes out. Next thing you know he’s in Tulsa. He has to now start a new life and create a gang because they want him to be an earner. And that’s when the fun begins.”

According to 101 Studios CEO and executive producer David C. Glasser, The Tulsa King began as a simple idea on a Friday afternoon. Glasser says he told Sheridan, “what if you came up with the cool wildness of Goodfellas with Stallone?”

“He [Sheridan] takes a breath, I’m not even joking, and he goes, ‘Hmm, that’s a good idea, Glasser.’ Then, on the spot, he proceeds to spend 45 minutes pitching me a story that he just created in his head. This is Friday at 3 p.m. It is a great story, and nothing is written down,” Glasser recalled, per Outsider.

Within 48 hours, Glasser says that Sheridan had already hashed out a pilot script and pitched the idea to Stallone. After hearing about Sal, the Rocky star reportedly signed on immediately.

“I wanna go get movie stars. An opportunity to work with someone like Stallone, it just follows this model,” Sheridan said.

Glasser says that the following Monday, he and the Yellowstone creator pitched The Tulsa King idea and script to Paramount, and the network immediately greenlit the series.

“This is how it happens with him,” Glasser said of Sheridan. “He just picks up the phone and calls people like Billy Bob Thornton, Tom Hanks, Sam Elliott, Tim McGraw and says, ‘Hey, I’ve got this idea.’ I’ll call to do the deal with the agent afterward.”

‘The Tulsa King’ will premiere on Paramount+ this fall

According to The Wall Street Journal, Sheridan met Stallone at an equestrian center in Burbank, California, where Stallone’s daughters trained in the same riding style as Sheridan. The 75-year-old says he was drawn to Sheridan’s script because of the characters he creates.

“He’s bringing back a kind of rugged individualism that has been sorely lacking,” Stallone explained.

Production for season 1 of The Tulsa King is scheduled to begin in March. It will premiere on streamer Paramount+ in the fall of 2022.