Disney Plus’s first live action series in the popular sci-fi franchise, The Mandalorian, delivered its most reference-heavy episode yet last week. Star Wars enthusiasts ate up every second of Ahsoka Tano’s live-action debut, but an intriguing name drop could have frightening ramifications for the rest of the series.

Ahsoka Tano (played by Rosario Dawson) was confirmed to be hunting down Grand Admiral Thrawn in The Mandalorian Chapter 13: The Jedi.

Not only did it leave cinephiles squealing with visual cues from Akira Kurosawa and Sergio Leone, there were also plenty of shout-outs to the extended Star Wars canon. 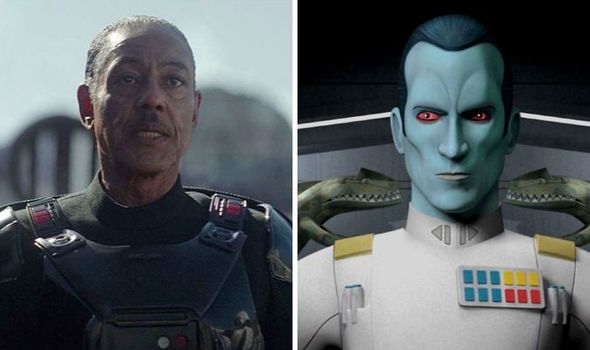 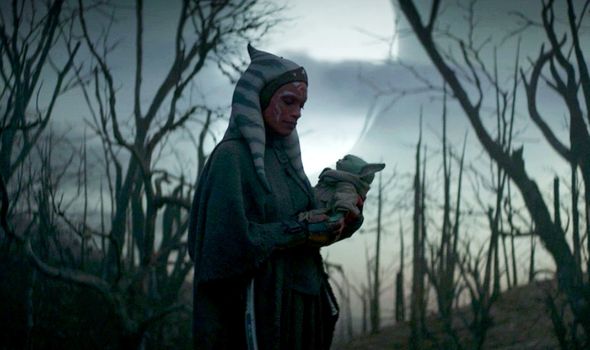 After delivering yet another action-packed episode, The Mandalorian’s second season threw viewers a shocking curveball by name-dropping a significant antagonist from the Star Wars extended universe.

Grand Admiral Thrawn was originally introduced in Timothy Zahn’s Heir to the Empire, which was then spun into a trilogy of novels.

Zahn’s series, dubbed the Thrawn trilogy, traced the ruthless military leader’s attempts to rebuild the Empire after the events of Return of the Jedi.

The original novels and Thrawn’s subsequent appearances were later branded non-canon when Disney took over the Star Wars brand, starting with 2015’s The Force Awakens. 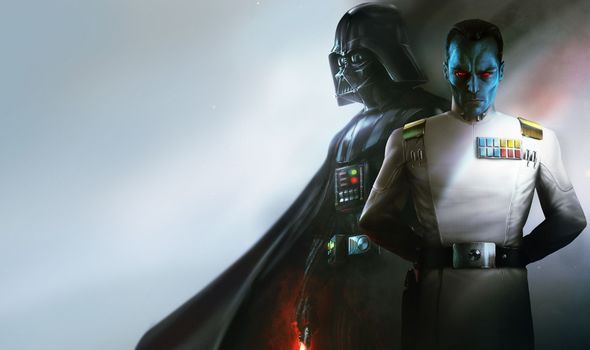 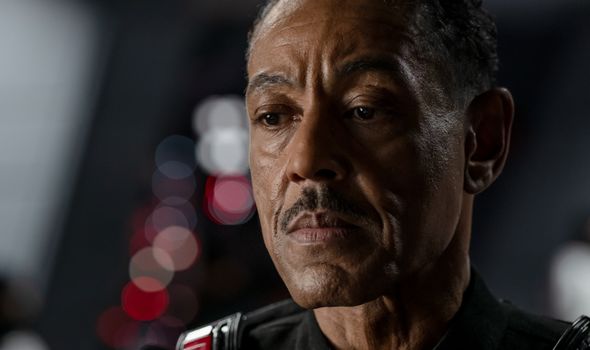 However, the tyrannical baddie was reintroduced in the third season of animated series Star Wars Rebels, which does take place in the current timeline.

Danish actor Lars Mikkelsen, brother of Rogue One and Hannibal star Mads Mikkelsen, voiced the character, though it’s speculated the role of Thrawn will eventually be recast for live-action.

While Thrawn’s appearance in Rebels actually takes place before the events of the original 1977 film, Ahsoka confirmed the Grand Admiral is still alive after the Emperor’s defeat.

The major villain is now poised to play a crucial part in The Mandalorian’s third season and beyond, bringing the narrative more in line with Zahn’s original novel.

Season one kicked off the action with the Empire now in tatters, another military leader, Moff Gideon (Giancarlo Esposito) heading a splinter cell aiming to regain control over the galaxy.

Gideon is still pursuing Mando’s constant companion Grogu in hopes of harvesting his potent blood to harness the Force and resurrect the Empire’s oppressive regime.

However, the fractured state of the defeated Imperial factions could indicate Gideon and Thrawn will be billed as rivals when and if the two leaders finally meet.

One of the most brilliant tacticians and cunning minds in all of Star Wars history, Grand Admiral Thrawn could consider Gideon’s plans too simplistic to achieve his goals.

Furthermore, Ahsoka’s reference to the frightening villain confirmed Thrawn still holds the rank of Grand Admiral, and may consider Moff Gideon a potential threat to his leadership.

The previous episode confirmed Gideon has been developing Dark Troopers, a formidable weapon which will undoubtedly aid his bid for rule over the galaxy.

If Thrawn gets wind of the plot to harness Grogu’s energy, there’s no telling what the fierce military commander could do to capture the powerful creature for his own nefarious means.

The Mandalorian season 2 continues Friday, December 4 on Disney Plus.

Sister Wives: There is One Important Family Member Missing From Aspyn Graduation Picture