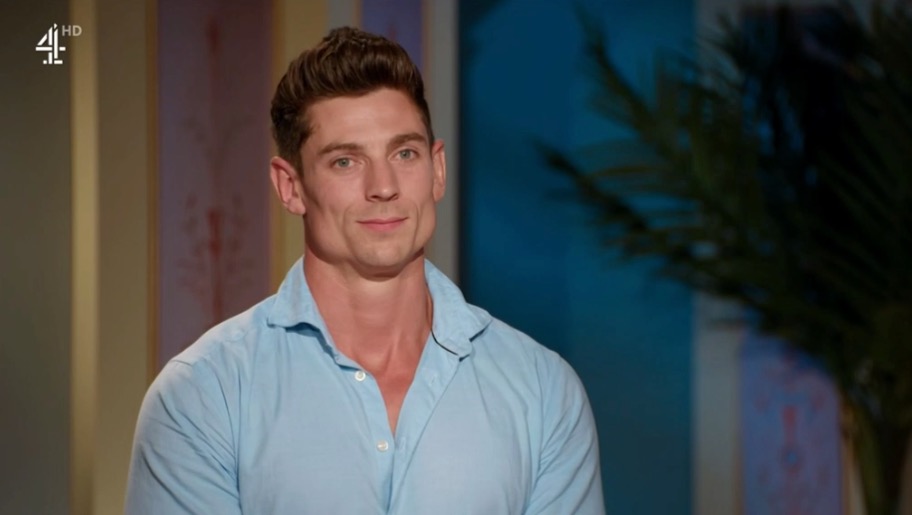 The Love Trap star David Birtwistle has told us not all intimate moments will be shown on-screen, with things ‘inevitably’ happening with cameras not there to capture them.

The latest Channel 4 dating show has hooked viewers with its slightly brutal concept which sees a different girl quite literally dumped via a trap door each week by singleton David.

But with sparks already starting to fly as David struggles to try and work out which girls are genuine and which are just traps looking for the cash prize, he revealed some behind-the-scenes secrets in an exclusive interview with Metro.co.uk.

David has already been seen growing close to some of the contestants and told us there might have been some smooching going on, off camera.

He shared: ‘I haven’t seen the rest of the show – I’m watching it with everyone else – but there is inevitably going to be stuff which doesn’t make it [to screens].

‘There may well be kisses which don’t make the show because there might not have been cameras there when they happened…’ teased the bachelor.

‘There were real connections being made in that process, the real ones did take the opportunity and there might have been a few little smooches and little conversations and fun that was had off camera,’ David laughed.

One of the biggest moments from the show which has got viewers talking is the addition of the trap doors.

Each week, three girls are up for elimination from The Love Trap mansion, with one being sent home through a trap door below.

A clip from the first episode recently went viral after David’s shocked reaction to the feature, which he said was completely real.

David added: ‘So obviously, there’s like there’s some secrets which have to be kept in for authenticity, right?

‘Like, the reaction you see for me is 100% genuine. I knew that it was a dating show, I knew that there’d be some sort of twist, but I didn’t know what that was going to be.

He added that alongside not knowing half the women were in the show for money and not love, the trap doors were the other main twist he wasn’t told about beforehand.

Even host Joel Dommett got involved with the twist, which resulted in a slightly unfortunate wardrobe mishap.

‘Joel had a little play on them when we were filming something and he ended up ripping his trousers, he fell through the floor and like half his trousers just shredded!

The Love Trap continues tonight at 10pm on Channel 4.