In recent scenes, Serena orchestrated the plan to have her husband arrested, but not to help bring down Gilead, instead for visitation rights with June Osborne’s (Elisabeth Moss) daughter, Nichole instead.

Desperate to have a child of her own, it wasn’t until this season when Serena finally admitted to herself and June that she was not Nichole’s mother.

As devastating as this was, it seems she is in for more heartbreak and upset when June makes a cruel decision in the season finale.

During a sneak preview of episode 13, fans have begun speculating as to how the story is going to temporarily end before series four.

Taking to Reddit to discuss their ideas, one user named vicioustrollop spoke about a big choice June will make and the impact it will have on Serena.

The preview for next week’s instalment sees June running through the woods, with what can be assumed as a Guardian close behind. “When I saw this,” vicioustrollop began. “I started considering the possibility that June gets on the plan after all.

“Even though she doesn’t want to leave Gilead without Hannah, if the escapees are being chased down by Guardians, and she’s faced with jumping on a plane or get captured and/or shot, she may not have a choice.”

The fan then continues to suggest the location in which the plane is heading: “If she somehow does get on the plane and the plane makes it out of Gilead, I think the next season will take place in Canada.” 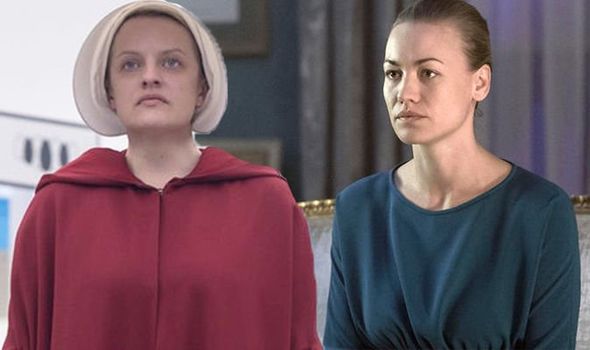 Should this happen, there is the possibility of June reuniting with baby Holly.

If June were to be in Canada, “she might be able to put a stop to any further visitation with Serena”, the user adds.

Other fans joined in the discussion and continued to speculate over how the series is going to end.

MistressGravity said: “I think she’ll [June] get out this time. If she’s captured she’ll definitely be put on the wall and since there’s a season four I don’t think it’ll happen.”

“I think they’re going to end the season on it being questionable if the plane exited Gilead safely or not,” mamaonfire commented. 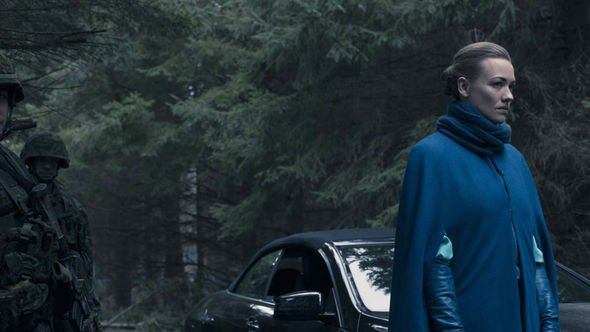 But someone else said the plane could be heading in an entirely different direction.

skeach101 wrote: “For some reason I feel like that could happen and perhaps June ends up in Chicago…which is where Nick is.”

It comes after the promo for the final episode follows June planning her escape with the children born in the dystopian state.

Scenes show a door clip open on June and Martha: “Is this it? Mayday?” asks an anxious Martha with a child in tow and June replies “yes”.

June then reveals some of the details: “We will move in darkness. I will get the children to the airport.”

But it seems their plan will not go smoothly when Commander Lawrence (Bradley Whitford) states: “The district OP set up a search – I’m pulling the plug.”

The Handmaid’s Tale season 3 finale returns to Hulu next Wednesday and airs on Channel 4 in the UK every Sunday at 9pm.