Home » TV » The Chase: ‘Are you winding me up?!’ Bradley Walsh hits out at contestant after blunder

Bradley Walsh welcomed four new contestants on to The Chase this evening (January 7) as they went up against today’s Chaser Jenny Ryan in a bid to take home their share of the jackpot. However, the ITV host was left baffled with contestant Johnny and even asked him: “Are you winding me up?”.

Tonight saw Susan, 27, Robin, 35, Aneena, 20 and Johnny, 46, go up against the Chaser, Jenny Ryan in the hopes of securing money for their chosen treats.

Susan and Aneena were out in the first round as they failed to secure the money Jenny had offered.

This left it all down to the boys to carve their way into the final.

The two made it to the final, but with £9,000 up for grabs, Johnny and Robin weren’t strong enough quizzers to secure the money, leaving the two devastated and Bradley describing the experience as “torturous.” 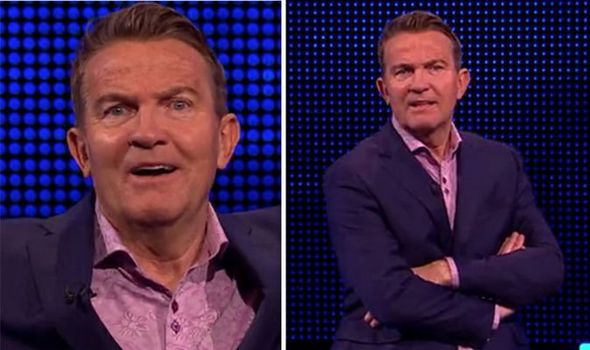 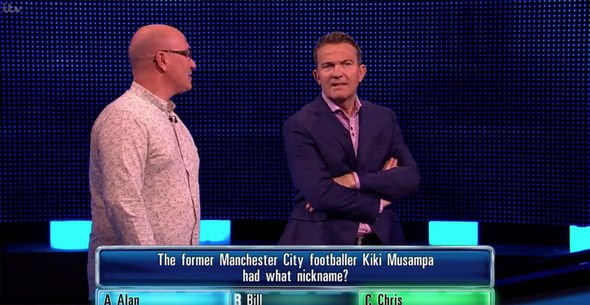 However, it was an incident earlier in the show which left host Bradley asking contestant Johnny if he was winding him up, after one of the tougher questions.

The options were Alan, Bill or Chris, but both the Chaser and Johnny looked confused

Johnny chose Alan but seemed nervous at his choice as Bradley confirmed his answer. 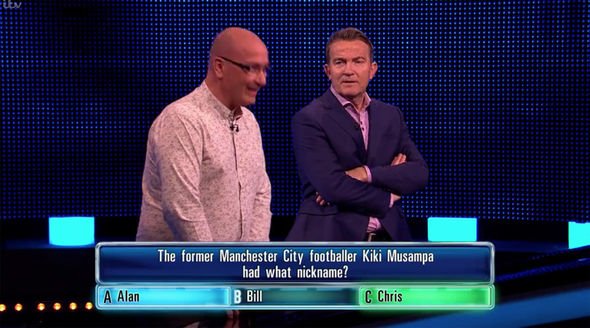 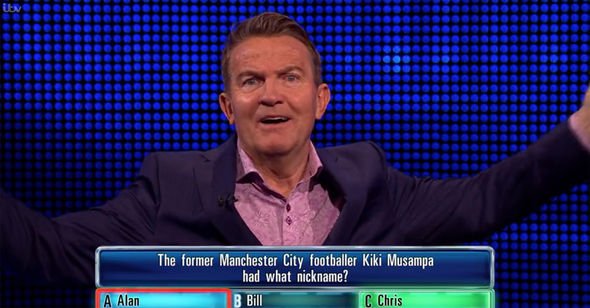 Johnny laughed: “Those questions are hard, you sit back there and this it’s easy but I think it’s a sarcastic name…”

Bradley began to reveal the answer before being taken aback by Johnny’s words.

The ITV host said: “The correct answer is… Are you winding me up?

“It’s Chris Musampa,” Bradley said as he looked confused around the studio following the Chaser and Johnny’s failure to grasp the joke.

He went on: “What is it with these Chasers not thinking normally?

“The Chasers always see the hidden agenda behind something but nothing as simple as Chris Musampa.”

This wasn’t the only thing that got the viewers going this evening, lawyer Aneena was asked about an airport.

She was asked: “LBA is the code for the airport named after Leeds and which other city?”

Aneena somehow managed to answer, “Manchester”, forcing viewers to royally rip the lawyer to shreds as the answer was Bradford.

One viewer said: “Manchester? This woman is pushing stupidity to new levels #TheChase.”

Another replied: “Manchester doesn’t begin with a B love. #TheChase

And last but certainly not least someone tweeted: “LBA Leeds and Manchester apparently #TheChase.”

The Chase continues tomorrow on ITV at 6pm.

90 Day Fiance: Everything We Know About Yara’s Pregnancy

'Dr. Pimple Popper': Sandra Lee Revealed How She Never Gets Grossed Out