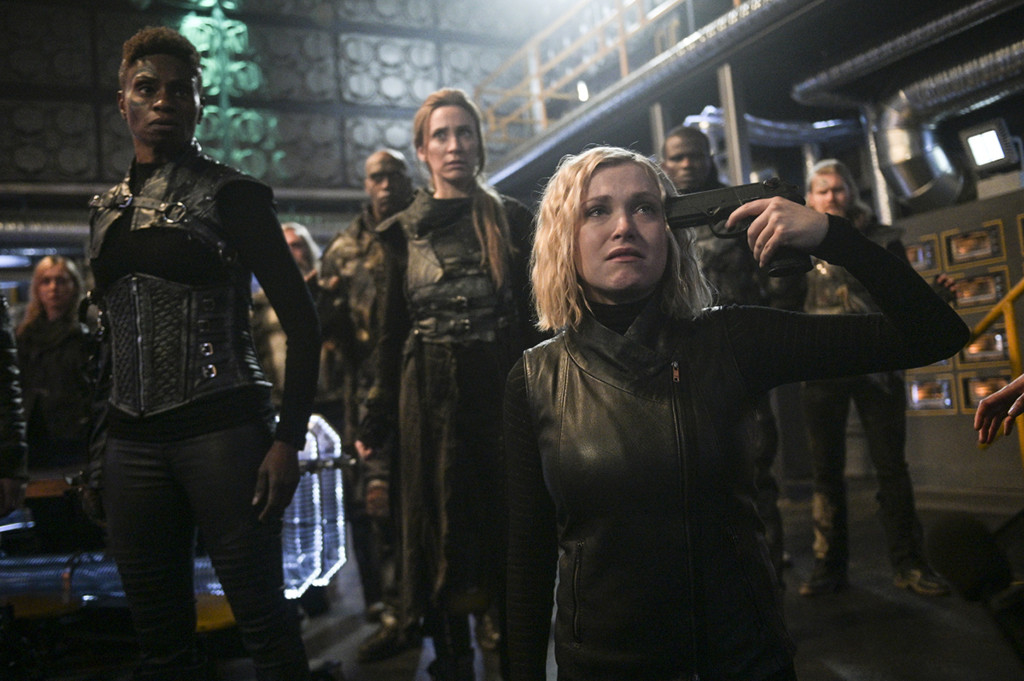 What the actual heck?

The 100 just ended its sixth season on a very strange note, and one that we have little idea of how to explain. We tried to ask showrunner Jason Rothenberg, and he really couldn’t tell us what’s going on either, so we’re just left here in confusion until the next and final season premieres in 2020.

Basically, Octavia just died, but maybe she also didn’t. After Gabriel discovered that her back was covered in anomaly-related tattoos, the old man took everybody down to an underground room with a giant rock/statue covered in similar symbols. Octavia touched certain symbols, and then the anomaly suddenly expanded, covering everything in that green light.

Octavia climbed up to the surface and found Hope, the now-grown daughter of Diyoza, who has yet to emerge back out of the anomaly.

Hope then stabbed Octavia, Octavia told her to “tell him it’s done,” and then Octavia fell into Bellamy’s arms. Then she disappeared completely, leaving Bellamy with literal blood on his hands and a whole lotta confusion, which we all share. Huh?!

The explanation for what just happened is going to have to wait for season seven, but here’s what Rothenberg could say:

“I think there are indications that this is some type of a portal. I think that we can safely say that time is misbehaving on the other side. Hope comes out in her early 20s, and three days prior, she was a fetus inside her mother’s belly still. So that’s about the extent of what we can say. I think we can say that the anomaly stone that controls it is somehow a piece of ancient technology that we don’t understand, and Gabriel says as much in [the finale]. There’s lots of little clues that people can begin to sort of piece together where we may be taking the story in season seven, but it is a huge part of the story of season seven and so I can’t really talk much about it.”

As for Octavia’s sudden disappearance, Rothenberg agreed that “the mechanism by which she disappeared is new,” but that doesn’t mean the show is heading into a new genre.

“We’re not tipping into the realm of fantasy or magic. We’re going to be rooted in science as much as we can. But yeah, her ending is a cliffhanger for sure. She’s not doing well and whether or not we see her again is one of those things that we’re going to wait to see in season seven. I think it’s safe to say we will see her again, whether she’s alive or dead and we tell a story through flashback.”

“One of the big themes of season seven is time,” he continued. “We’re telling the story in a really complex, interesting way in terms of the way time is behaving on the outer side, or the multi-sides of the anomaly.”

In other words, we’re going to be seeing a whole lot more of what is actually going on inside the anomaly. 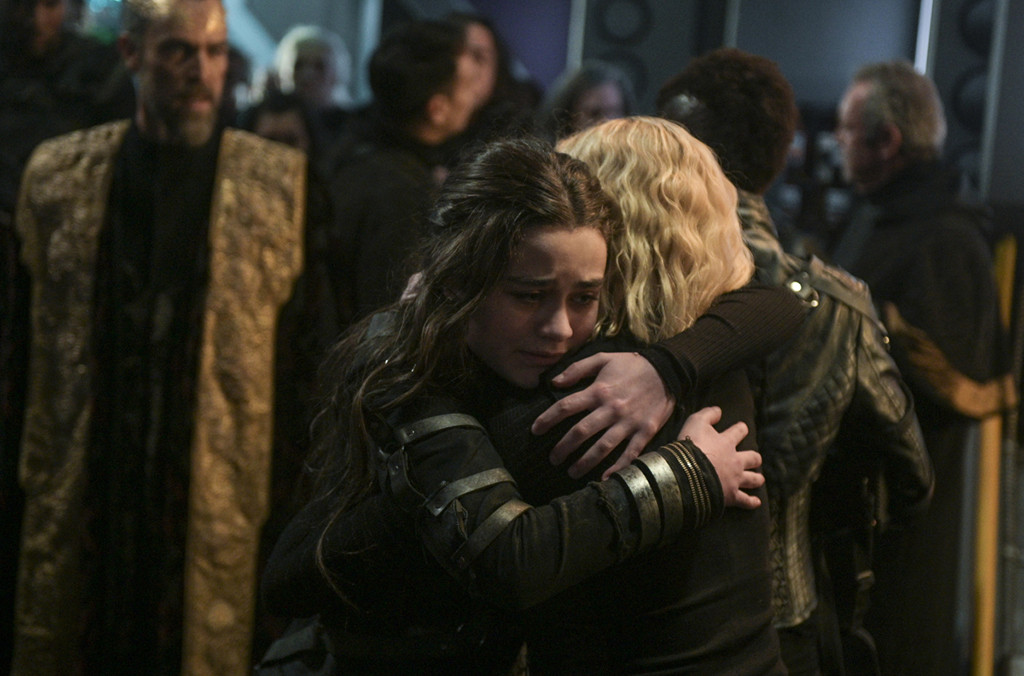 Elsewhere in tonight’s finale, Clarke had to continue to pretend to be Josephine in an effort to protect her people, but after a few close calls, enough was enough and she had to go against Russell’s orders. Suddenly, Abby/Simone was joining her, and telling Clarke she was also just pretending.

But then Clarke asked “Abby” what her father’s name was, and Simone couldn’t answer the question, so Clarke opened the ship door and floated her. Abby’s mind is not only dead, but now her body is too.

“I’d say that Simone is really, really horrible,” Rothenberg says in an understatement. “Certainly Clarke held out hope until that moment, or in that moment, searching her mother’s eyes to see if there was some trace of her there, the way that she just survived a similar fate. So she knew, I think, in her head that she wasn’t there anymore, but in her heart, she was hoping, and then she asked the question about her father, and Simone doesn’t have the answer.”

Rothenberg knew that when he heard that pitch in the writers’ room, it was “so awful” that he knew they had to do it.

“I know, the fans are going to hate me for it. I can hear it already.”

In the end, Russell was the only prime to survive. The flame was destroyed, which saved Madi, but opened up a few questions about what comes next. 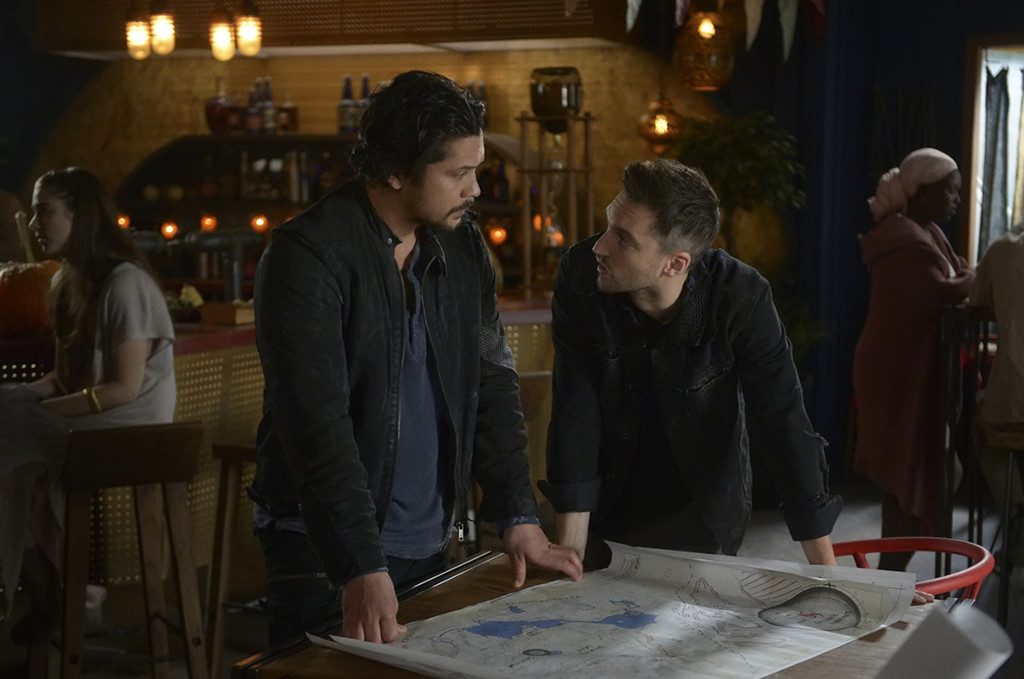 Religious ideas about the flame and now the primes have been themes on the series for most of its run, and Rothenberg couldn’t say what the end of those belief systems means for the end of the show. But he could say this:

“It’s a very interesting question that I can’t answer, because there is a cool answer to it. But if I gave it, it would be giving away too much. But what I will say is people’s beliefs and their faith is important ultimately in the bigger story that unfolds in season seven. There is a higher truth, I guess I will say.”

Grey’s Anatomy season 16 cast: Who is in the cast?