TEEN Mom Leah Messer was praised for looking "happy and healthy" in new photos days after she was labeled as "unrecognizable."

Fans were happy to see Leah with her new boyfriend Jaylan Mobley, but hated to see that her appearance was so altered by a heavy filter. 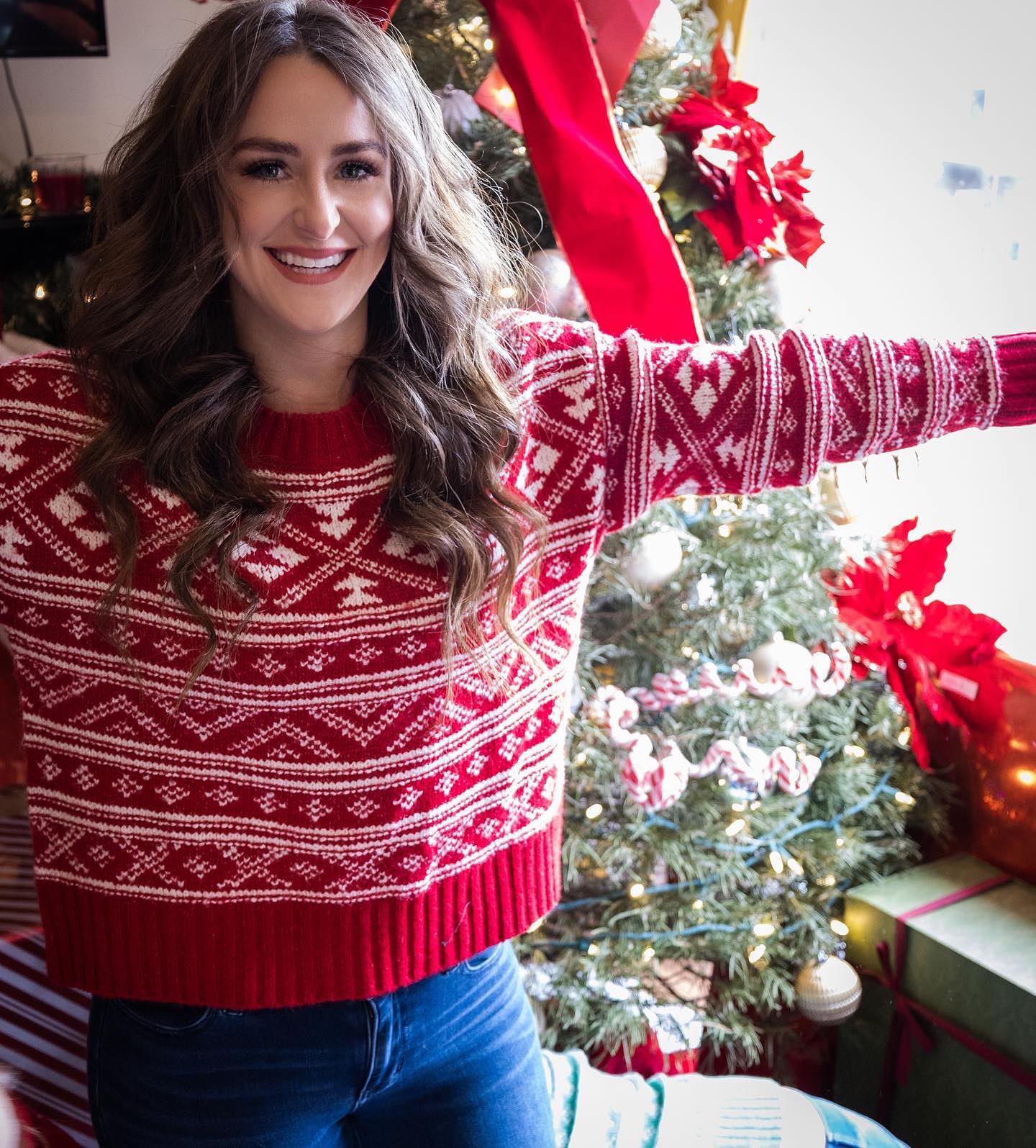 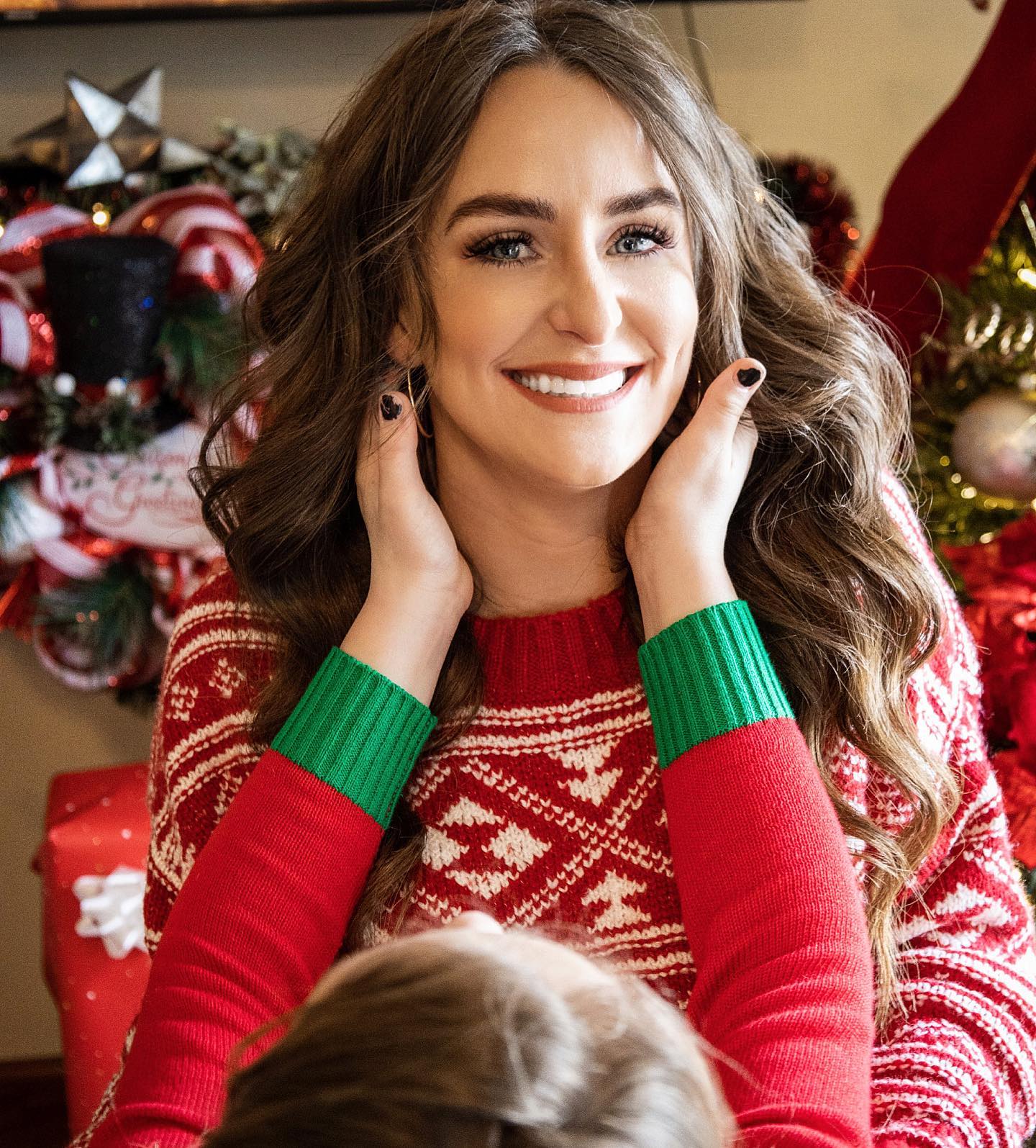 Leah, 29, glowed as one of her daughters reached up to cup her cheeks.

She posed in front of a Christmas tree and showed off a fancy silver new watch.

Leah's long dark locks were worn in curls and the reality star wore a full face of makeup.

Fans poured in the comments as one wrote, "You look stunning and happy," as a second agreed, "So happy for you!"

A third posted: "Happy looks good on you."

Yet a fourth said, "Beautiful," and a fifth commented, "Pretty."

However, fans thought Leah looked "unrecognizable" in a video with her boyfriend Jaylan Mobley which the star posted on Christmas Eve.

Her twin girls, Ali and Aleeah, 12, and her youngest child, Addie, eight, posed with their dog for the adorable snap.

The entire group had huge smiles on their faces as they posed together in front of the Christmas tree.

In the first Instagram Story, Jaylan and Leah filmed themselves while they were inside their car.

The reality star could have been using a filter because her cheeks were perked up in makeup and her eyes appeared to be blue-ish.

The Dan+Shay song, Officially Christmas, played in the background.

When images of the two surfaced on Reddit, users were curious about why the TV star was using a filter to make her face look "unrecognizable."

One wrote: "That filter makes her unrecognizable. She doesn’t need a filter."

Another said: "I wouldn’t recognize her in a line-up. This must be heavily filtered."

A third fan added, "His eyes look tiny!" while another chimed in, "She’s unrecognizable with that filter."

A commentator mentioned: "These filters are getting out of control. They don’t even look like actual humans anymore."

Earlier this month, Jaylan joined the family to pick out their Christmas tree.

Leah captured the outing on her Instagram Stories where in one clip he sang a Christmas song with her and her kids.

The caption stated: "Let's go get this Xmas tree."

In the next Story, the Teen Mom 2 star and her twins tried to pick out a Christmas tree from the lot.

Ali had picked the "very fluffy" tree while Aleeah chose the "tin foil" one.

Aleeah said: "Look at Jay! He wants that one!"

While hiding behind a tree, Jay replied: "I'm going to be Mr. Grinch!"

When the group returned to the car, the MTV star mentioned that Ali wanted "to name the Christmas tree."

Aleeah mentioned the name Bob for the Christmas tree, which Jaylan also agreed with.

Leah's boyfriend ended up giving nicknames to everyone inside the car.

Jaylan called himself Santa Claus, Leah was Mrs. Claus, Ali was the cutest Grinch, and Aleeah was Cindy Lou Who.

She also shares her youngest child, Addie, with her ex Jeremy Calvert.

The TV personality went public with her relationship in early September with a sweet photoshoot shared to social media.

An insider told E!: "Leah and Jaylan Mobley have been dating for a few months now.

"He recently met Leah's girls and they get along great. Leah is very happy and the relationship has been a great surprise." 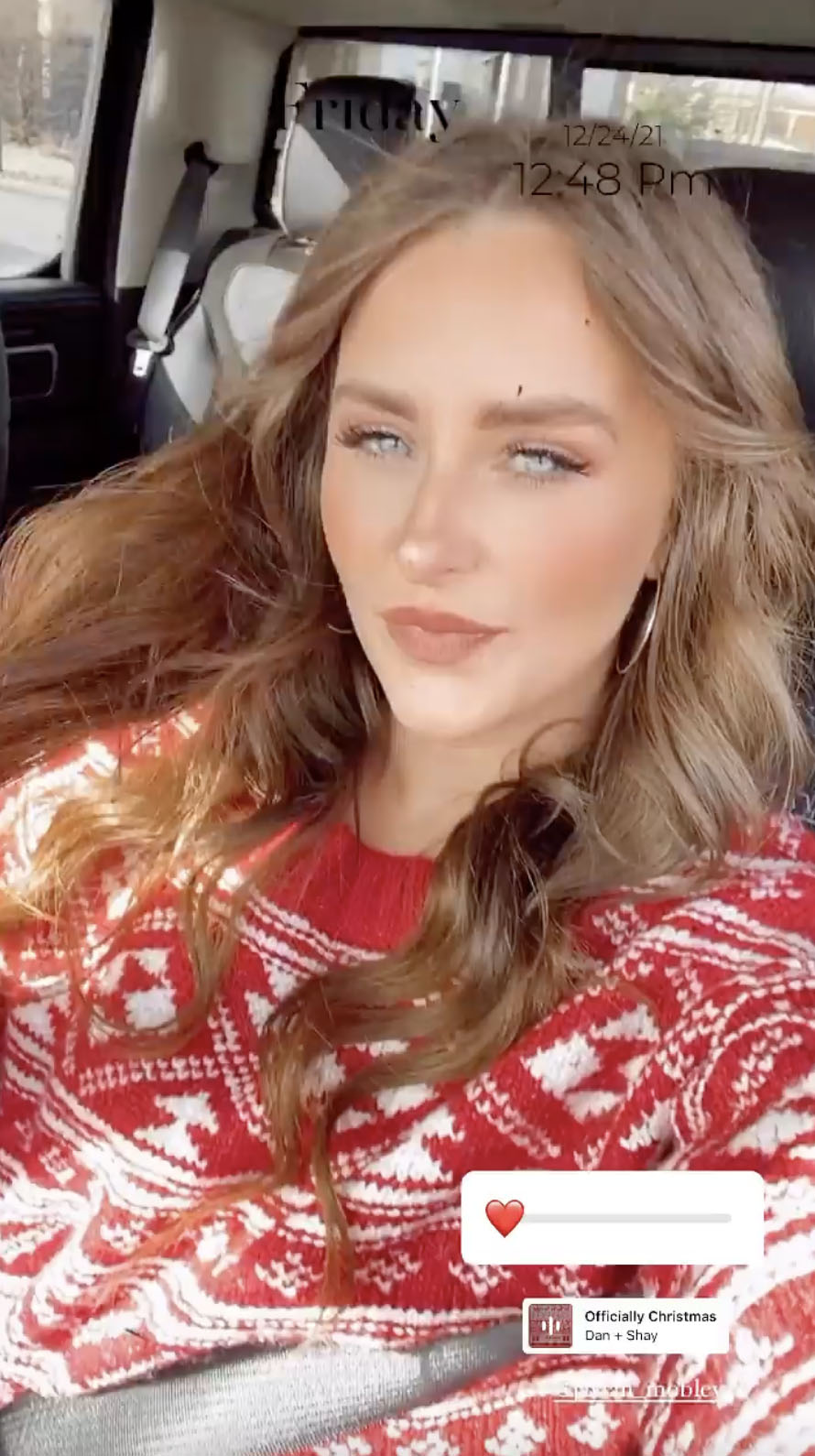 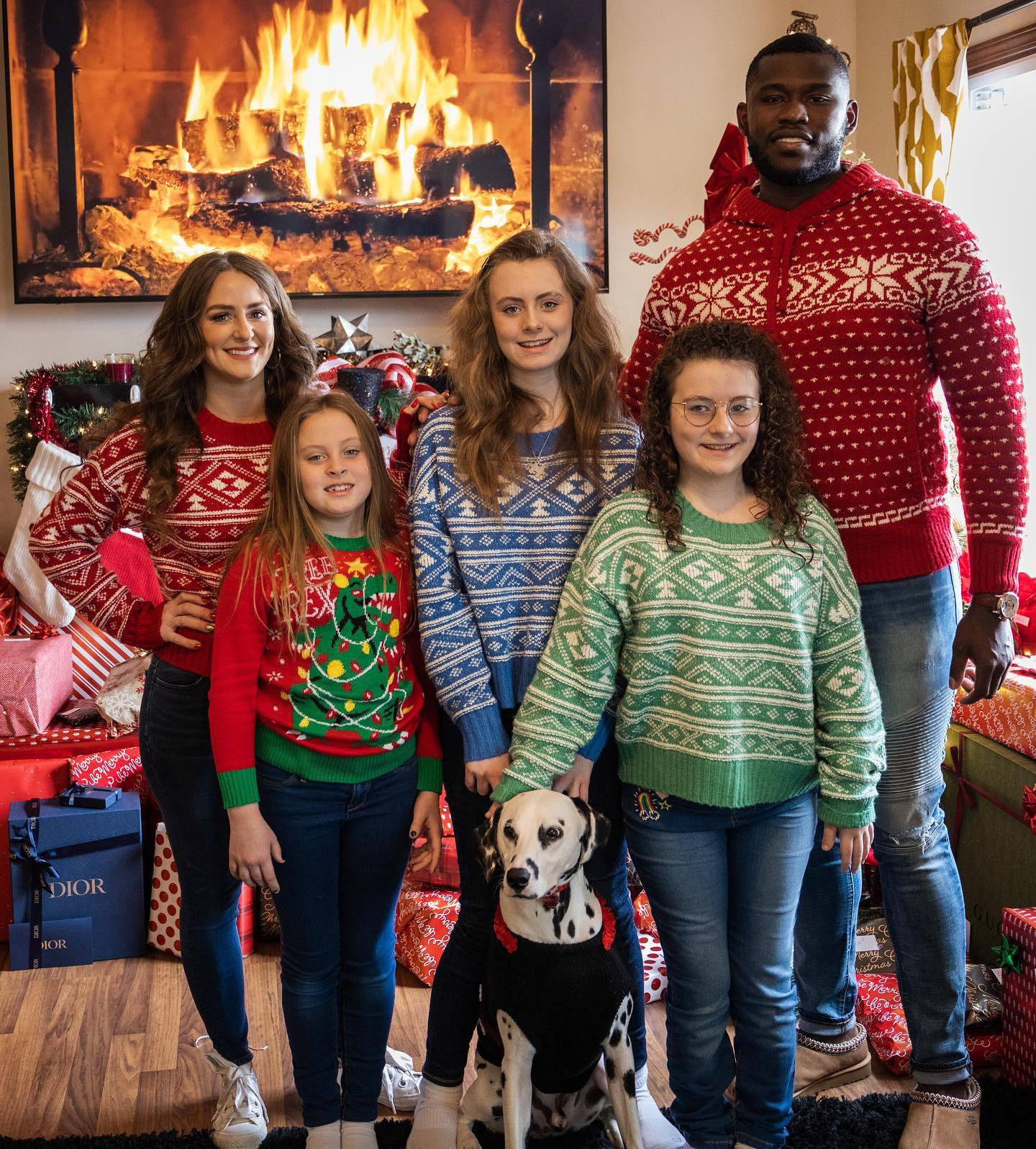 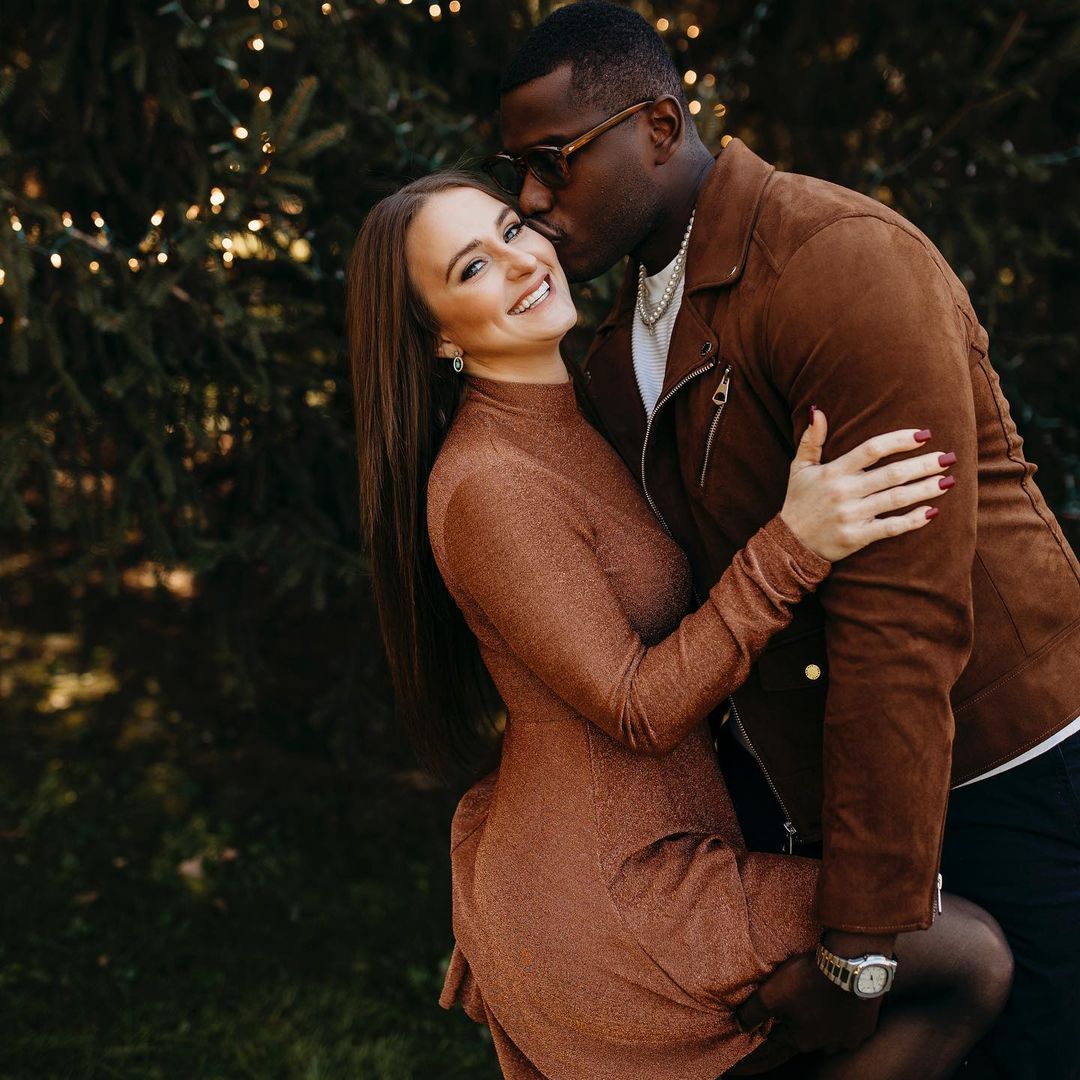 The Walking Dead EP Defends Unexpected Daryl Twist: 'We Did Know It Was Going to Be Controversial'