The Manchester United star, 23, suffered "at least 70 racial slurs" online including from a "maths teacher" who sent him monkey emojis after his team's defeat to Villarreal. 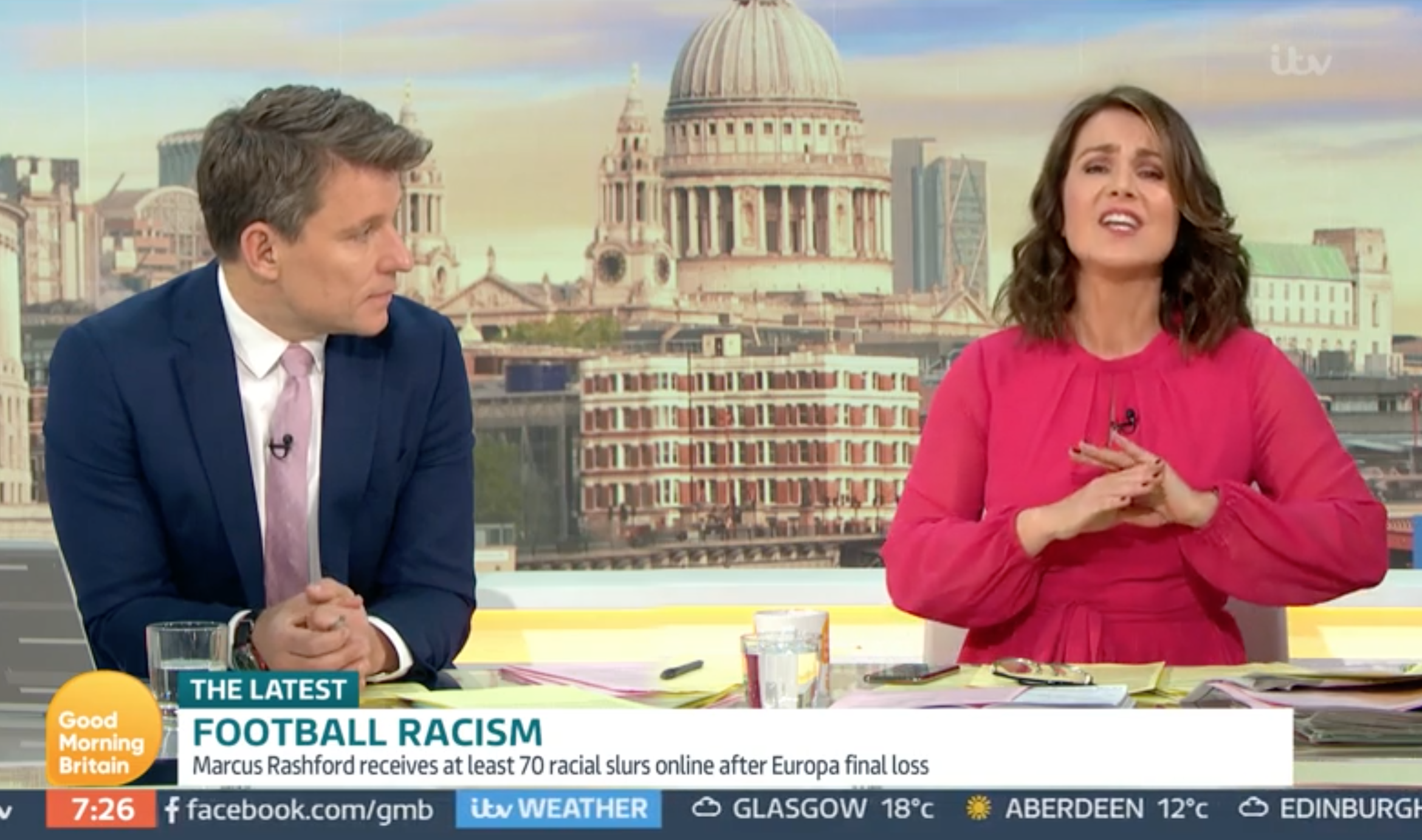 Good Morning Britain presenter Susanna, 50, slammed Twitter for not stopping the "disgusting" and "unacceptable" racism on the platform.

"We have talked about what changes are going to be made online and the responsibility of social media companies," she said on the breakfast show.

"When you run something that's copyright it will instantly be taken down or they'll issue a demand for the rights to be honoured.

"Send a monkey emoji – why on earth is that not stopped before it's even sent. How does that possibly get through?

"It's all very well doing the solidarity actions, but in reality if you come home or you're on the team bus and you're just subjected to a wave of racial abuse, what has it achieved if you've taken the knee before a game?

"We have got a new online harms' bill. Let's hope it puts a stop to this.

"It is unacceptable that social media companies are allowing this to happen. It's disgusting.

"If you cant, as a social media company, take seriously the impact on someone's mental health of experiencing that kind of abuse online and you don't think that's more important than a financial insensitive than you need to take a look at yourself."

Rashford, 23, tweeted that he was racially targeted after the loss, including by a school teacher.

He posted: "At least 70 racial slurs on my social accounts counted so far.

"For those working to make me feel any worse than I already do, good luck trying.

"I’m more outraged that one of the abusers that left a mountain of monkey emojis in my DM is a maths teacher with an open profile.

"He teaches children!! And knows that he can freely racially abuse without consequence…"

Susanna added: "Let's make sure there are consequences."