UNIMPRESSED Susanna Reid furiously shook her head in a debate about obese Brits being refused junk food before accusing him of "fat-shaming".

The 50-year-old clashed with controversial weight loss guru Steve Miller who argued extreme interventions should be made to save lives. 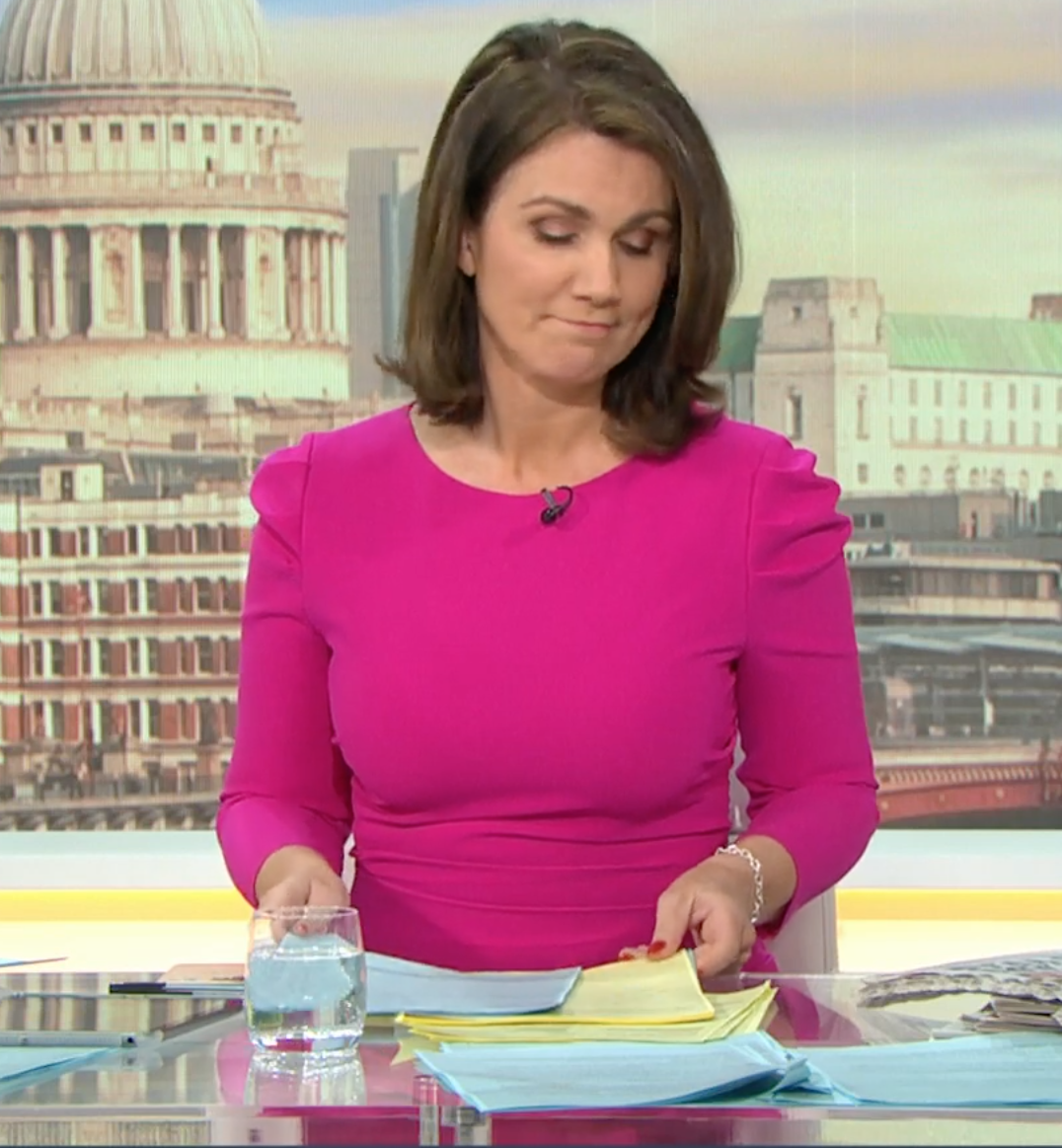 Good Morning Britain debated the idea of obese people being turned away from fast-food restaurants as obesity hit 15million in the UK, with 34million classed as overweight.

But Susanna couldn't hide her disgust about overweight people being "fat-shamed".

"Steve, this is fat-shaming at its worst, isn't it?" said Susanna.

"Are you suggesting if I'm overweight and I turn up at my favourite restaurant, there's going to be a fat-shaming security guard who says 'no, you're not allowed in, you're not on the thin list?" 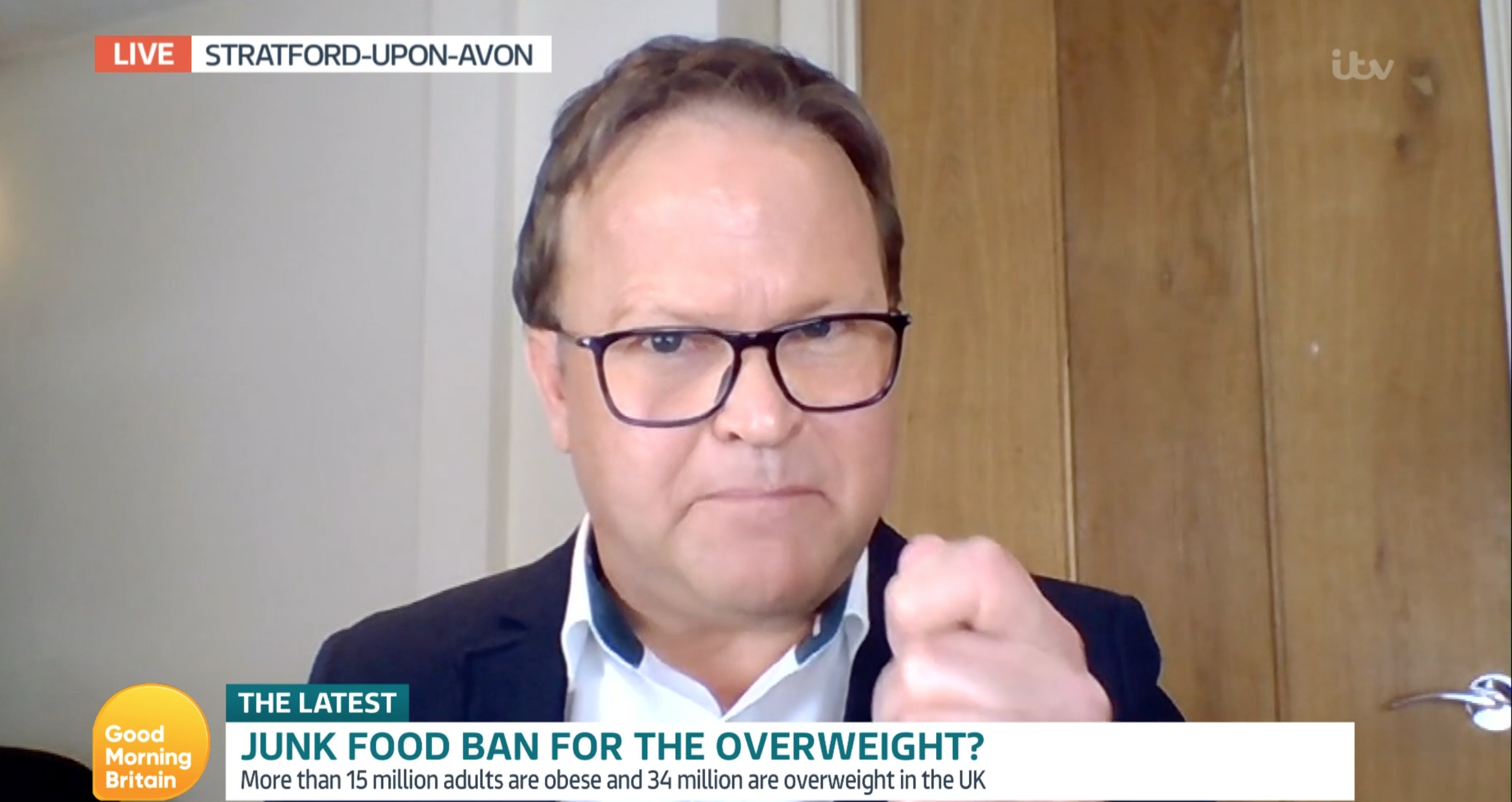 Steve hit back: "Oh here you go again. That would be a bit daft wouldn't it, but whenever we raise these subjects we always bring up those two words – fat-shaming. We need to turn this around and call it life-saving.

"To make sure we look after those people, to save their lives potentially, we refuse to serve junk food to them. I make no apology for that."

Susanna replied: "So that person just goes home and goes on their takeaway app to order food or opens their fridge and just takes whatever is in the fridge. 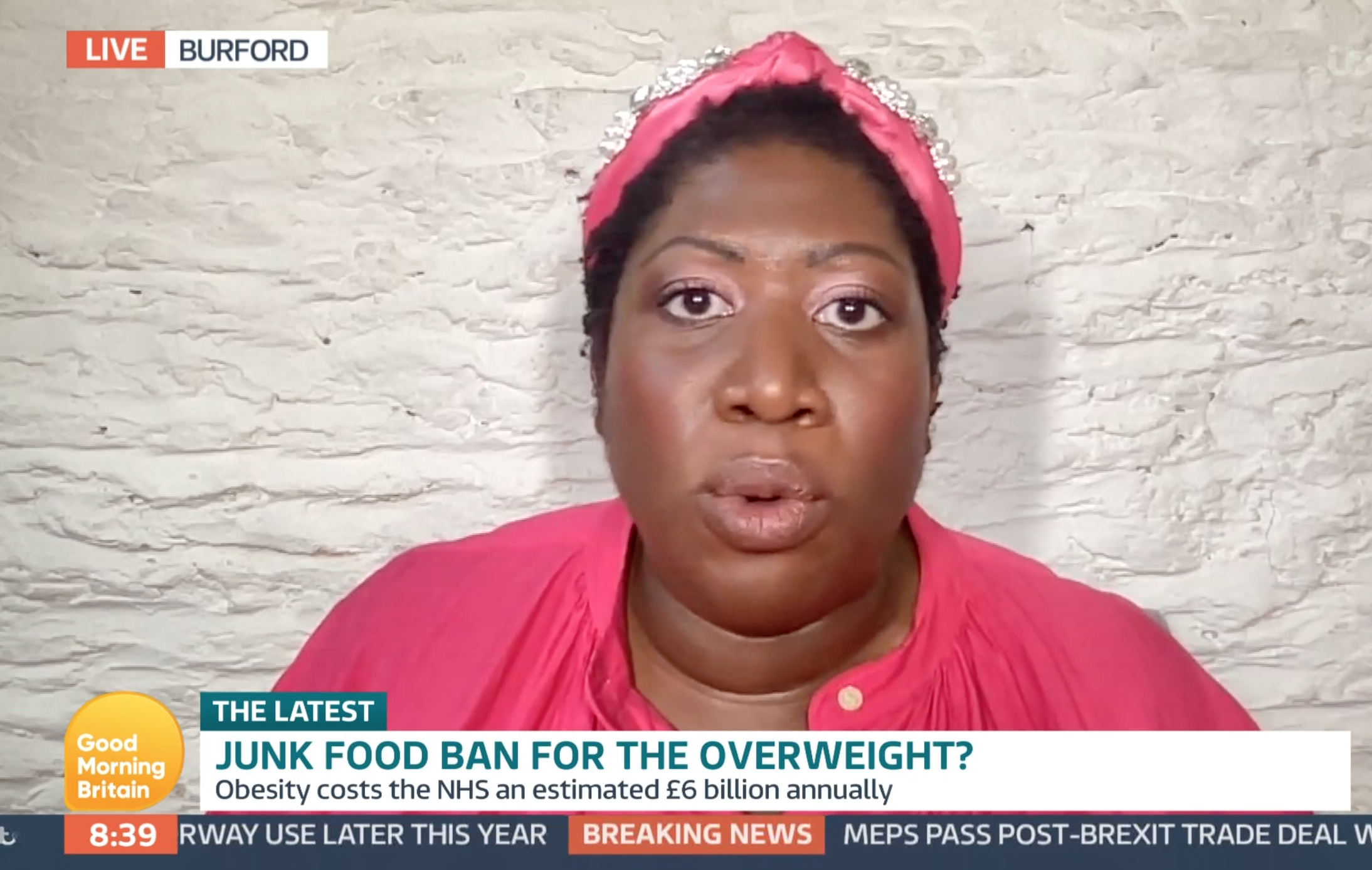 "When you say you shouldn't use the word fat-shaming, that's literally what you are suggesting happens to people because they can eat unhealthily at home."

Steve replied: "Every time we talk about conquering obesity you talk about fat shaming.

"We have to get a grip on this. People are dying. We have to have behaviour changing in the UK and if that's with a bit of tough love then that's what we've got to do.

"It's not about being horrible to people it's about changing and reversing these obesity numbers."

This Morning's beauty journalist Ateh Jewel came on GMB to argue against Steve – and the debate heated up.

"It would be laughable if it wasn't so dangerous," argued Ateh.

"It feels like a Black Mirror episode. From the age of 19 I doubled in weight and gave myself type two diabetes.

"I had an amazing doctor who said no one has a food problem, they have a feeling problem. The only way to tackle this is with love, connection, positivity and encouraging positive coping mechanism.

"I was eating my feelings and was very frustrated. Personal responsibility is key. It's a very dangerous situation, I agree, but as soon as I started doing things that sparked joy, I lost four stone in four months.

"Shame kills millions of people – it stops people from getting help."

Furious Steve shouted: "Get a grip for goodness sake. We're talking about a serious illness."

Ateh fought back telling him: "We can't provide BMI stats for a Big Mac. That's not a quick fix. It's ridiculous.

"We have to have conversations about loving yourself, empowering yourself and connecting with your body."

He was shot down by Susanna who told him: "Let's listen to Ateh because if it's resulted in a four stone weight loss then it's worth listening to."

Ateh continued: "It's about cutting out toxic people. Food isn't the problem. It's like saying an alcoholic is really thirsty because they drink a bottle of vodka. That's ridiculous."