STRICTLY Come Dancing star Ranvir Singh has said she's been through something 'deep and intense' with dance partner Giovanni Pernice.

The 43-year-old star was being grilled on Good Morning Britain today by her colleagues Susanna Reid, 50, and Piers Morgan, 54. 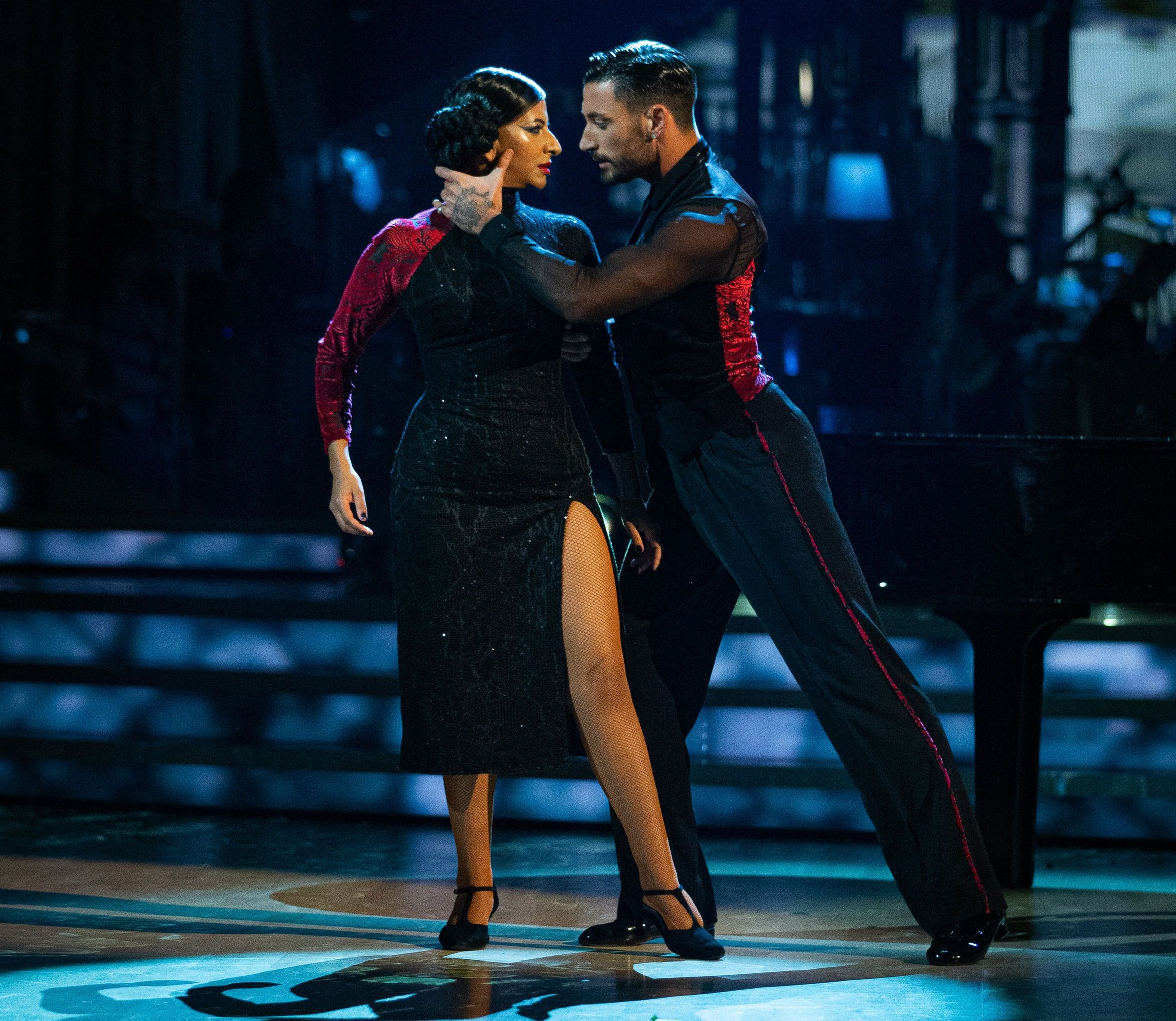 And as her interview drew to close, Susanna asked Ranvir whether the pair would stay "friends" after going through the Strictly experience.

The host questioned: "It is weird when you've been so up, close and personal with somebody else for such an intense period of time and you've been pursuing the same journey and you've been together physically, emotionally for a very long time, do you stay friends with Giovanni now?"

To which Ranvir replied: "I think we will stay friends, why not?

"We've experienced something quite deep and quite intense actually. That's a very special thing so of course we'll stay friends. 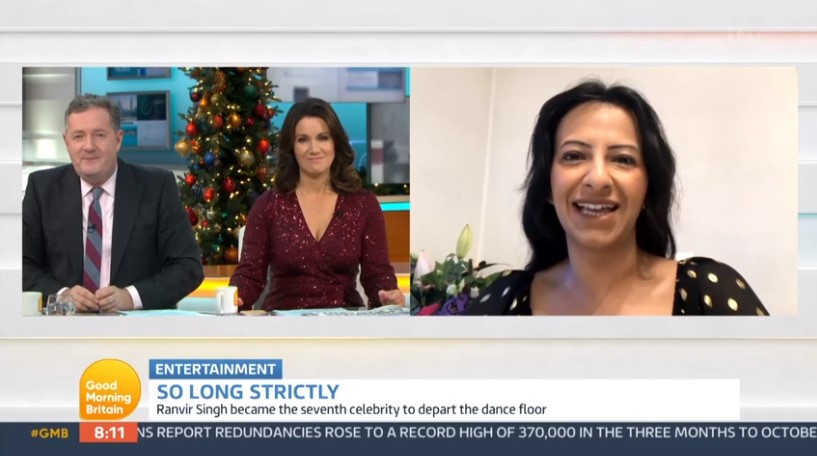 "I adore him actually, he's a sweet little soul," she concluded.

In light of Ranvir's response, Piers quipped: "Excellent, excellent well people can read into that what they will".

On Monday, Ranvir broke down in tears as Giovanni praised their "special connection" after they narrowly missed out on a spot in Saturday's final.

The pair appeared on the show's sister programme It Takes Two – but the broadcaster couldn't hide her emotion. 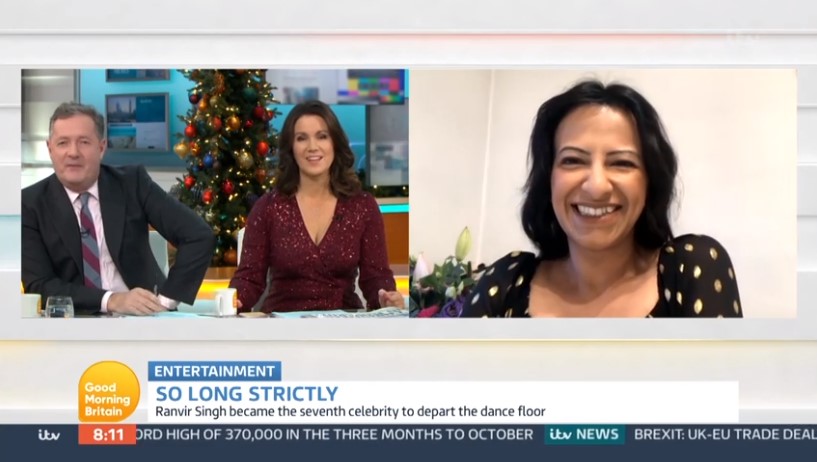 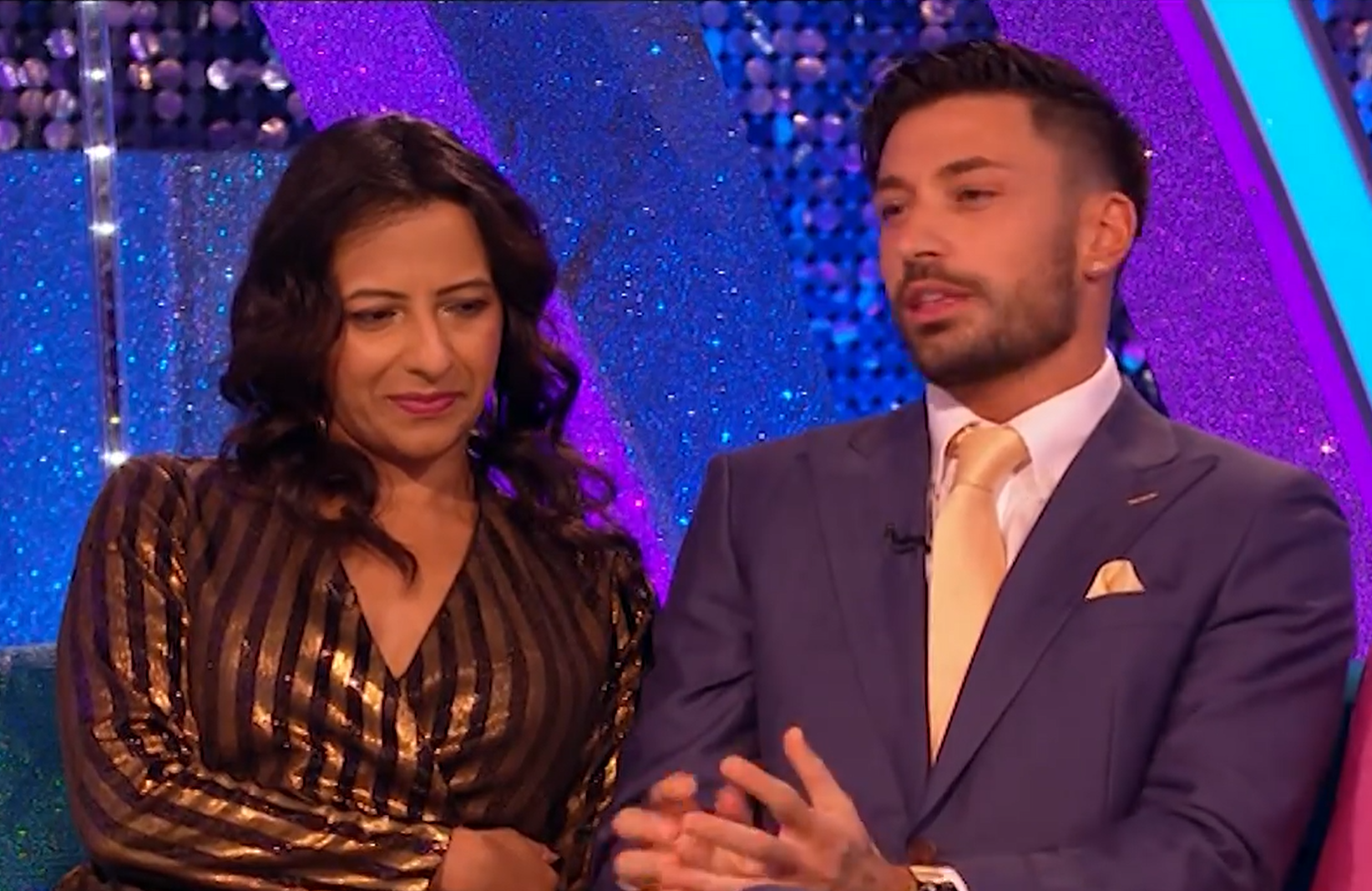 The two looked cosy on the sofa together, with Ranvir cuddling up to the Italian hunk as he heaped praise on her.

Giovanni, 31, gushed: "You really feel like a different person and as a teacher that's everything I can ask for.

"This show's a dance competition but it's not all about that, and that's the reason, I think, she maybe deserved a place in the final."

Ranvir fought back tears as she leaned over to give the pro a kiss on the cheek. 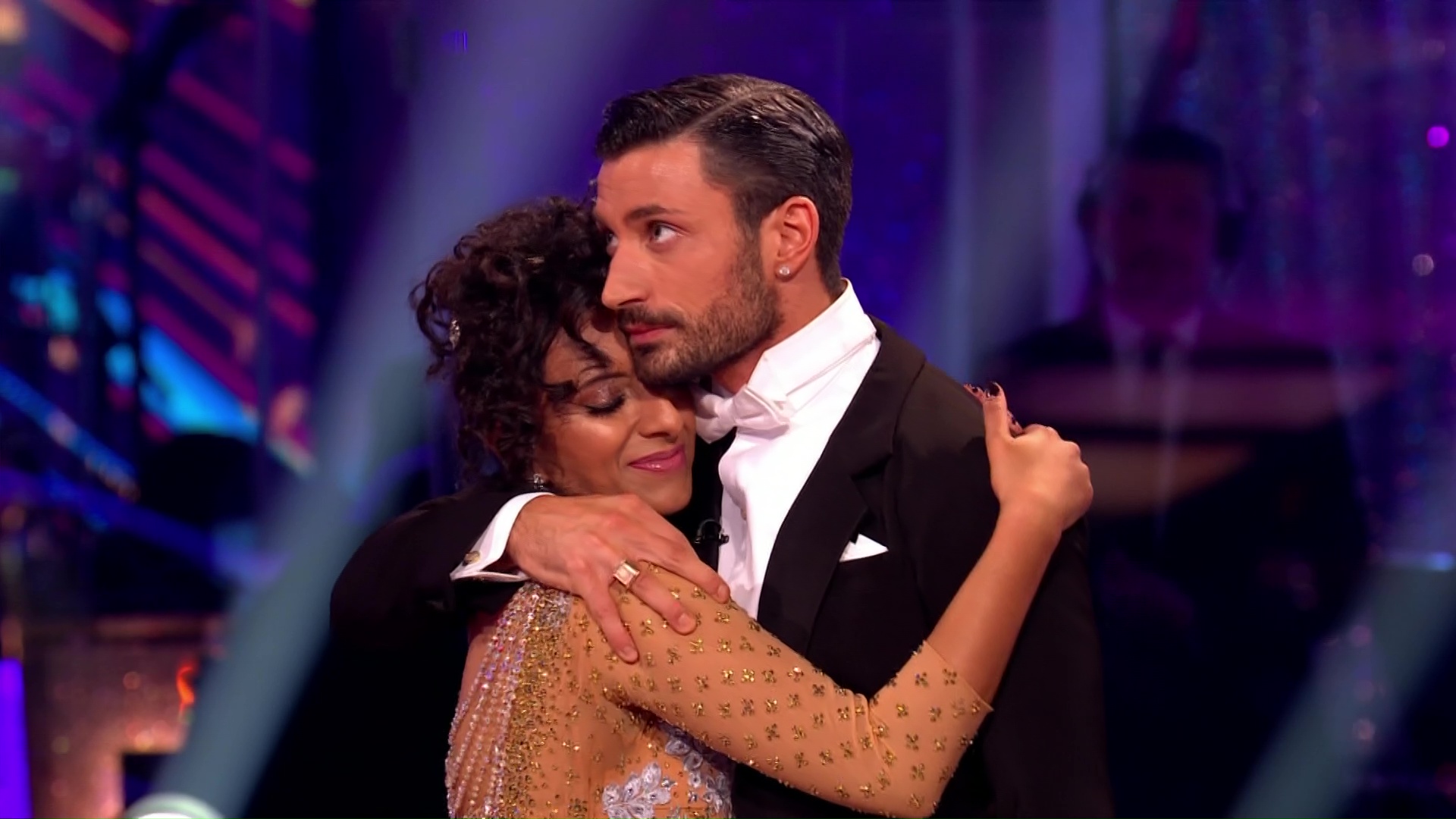 Giovanni also teased that he and Ranvir share a "strong connection" and will continue to dance together even though they are off the show.

Meanwhile, Ranvir grew tearful as she explained that the BBC One show had taught her how to "accept herself".

Ranvir previously had Strictly fans in tears as she apologised to Giovanni for not getting him a spot in the final when they lost the dance-off against Jamie Laing. 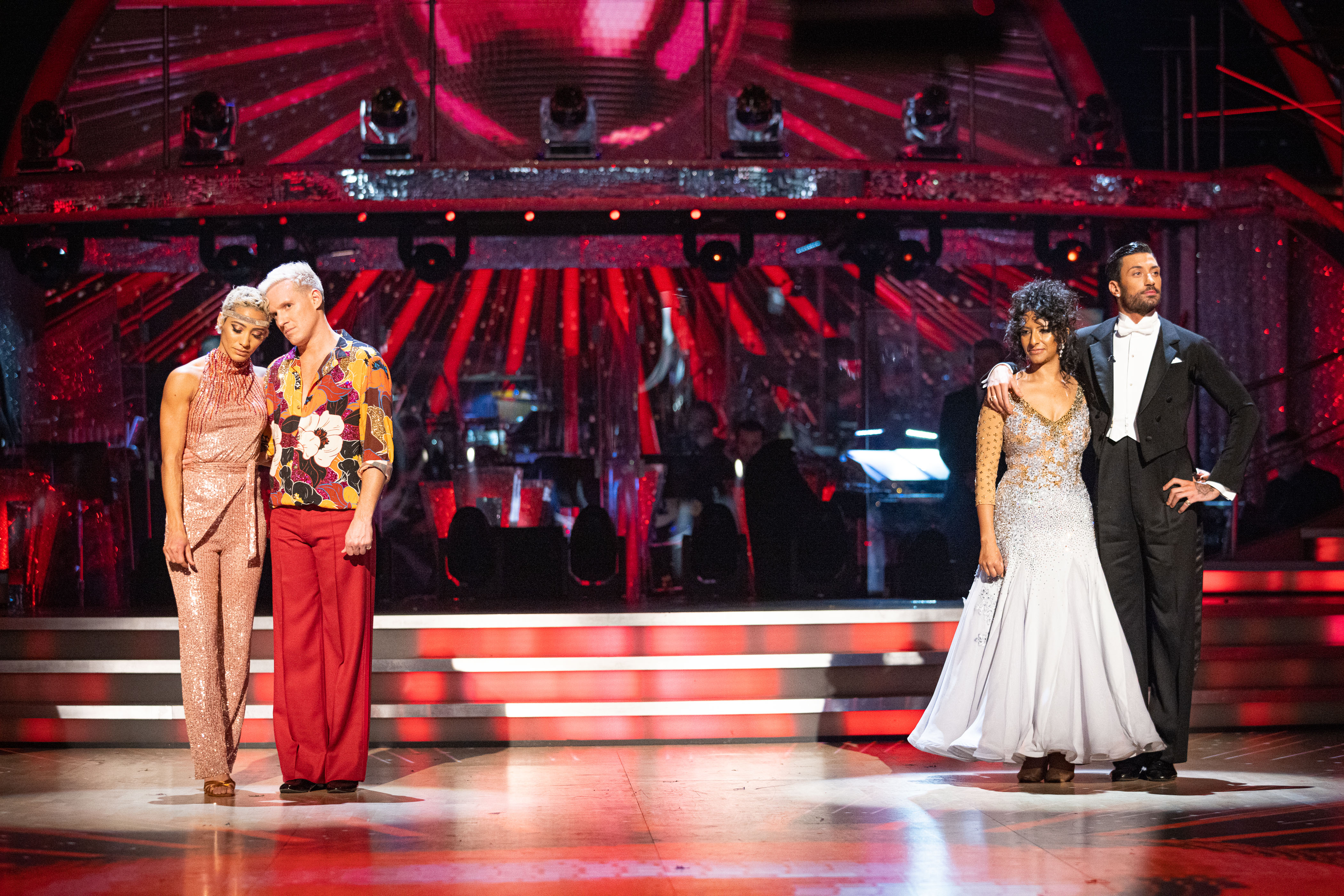 Despite the fury at their exit, viewers were excited to see how Ranvir and Giovanni's relationship blossom, with the pair's sizzling chemistry raising eyebrows since they were first paired together for the BBC One dance show.

Shirley previously commented on their "flirting and teasing" in the routines, and last week 31-year-old Giovanni shared a glimpse at their late night text messages.

Giovanni was even caught whispering "come on baby" to Ranvir as they danced together, with the private moment picked up by his microphone.

But the duo also turn up the heat when they're not performing, with Gio affectionately kissing his partner's head while listening to the judges' feedback, and calling her a "beautiful princess" on social media.

When she was first announced as a Strictly competitor, Ranvir admitted she'd be open to the show's infamous curse, adding: "Well, I am single!"

‘Fleabag’: How Sian Clifford Transforms Into the Uptight but Lovable Rage Monster Claire