BBC Breakfast weather presenter Carol Kirkwood was pulled to the floor by a powerful dog live on air today.

But host Dan Walker didn't seem all that concerned, collapsing in hysterics at the bizarre scene unfolding on the screen in the studio. 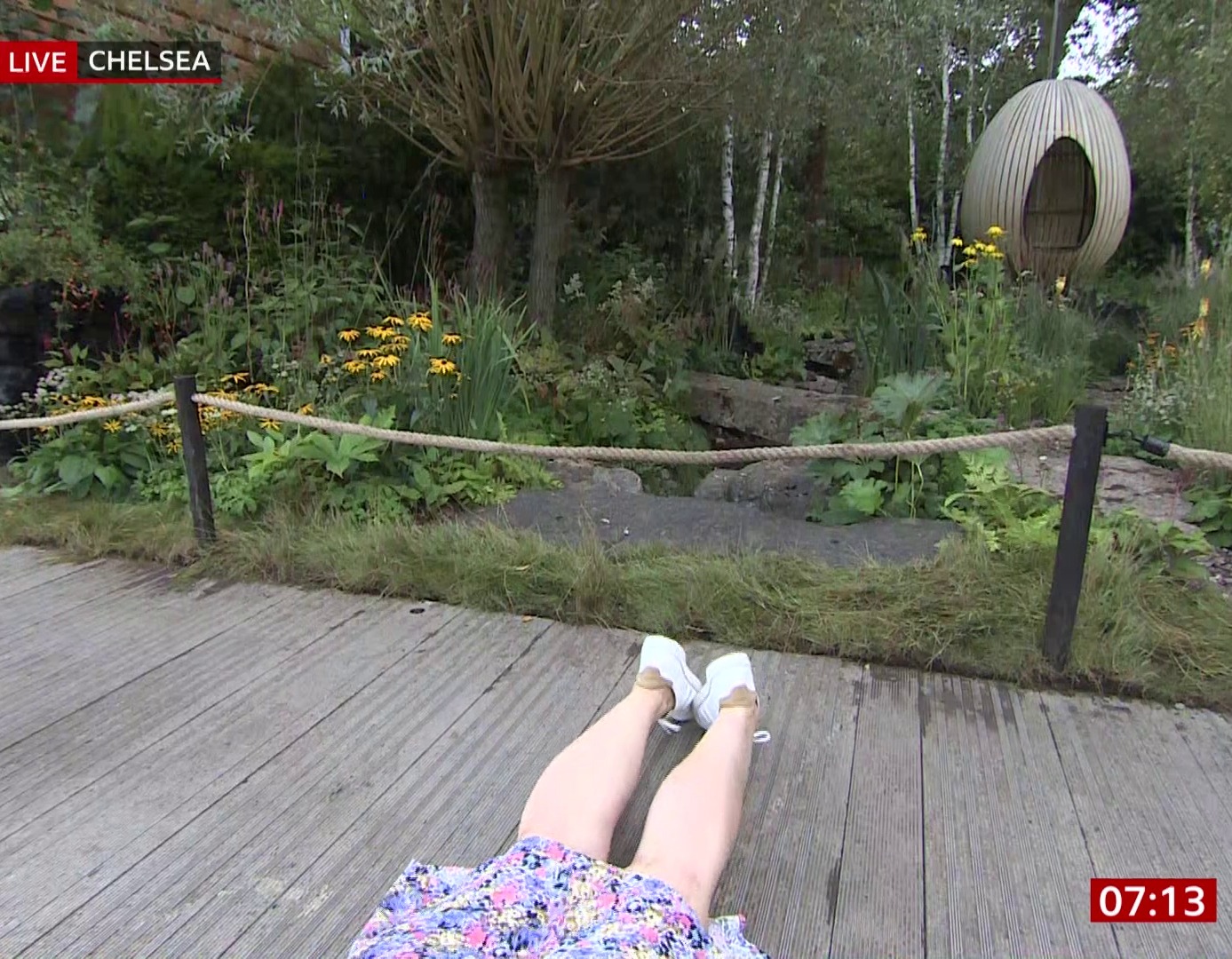 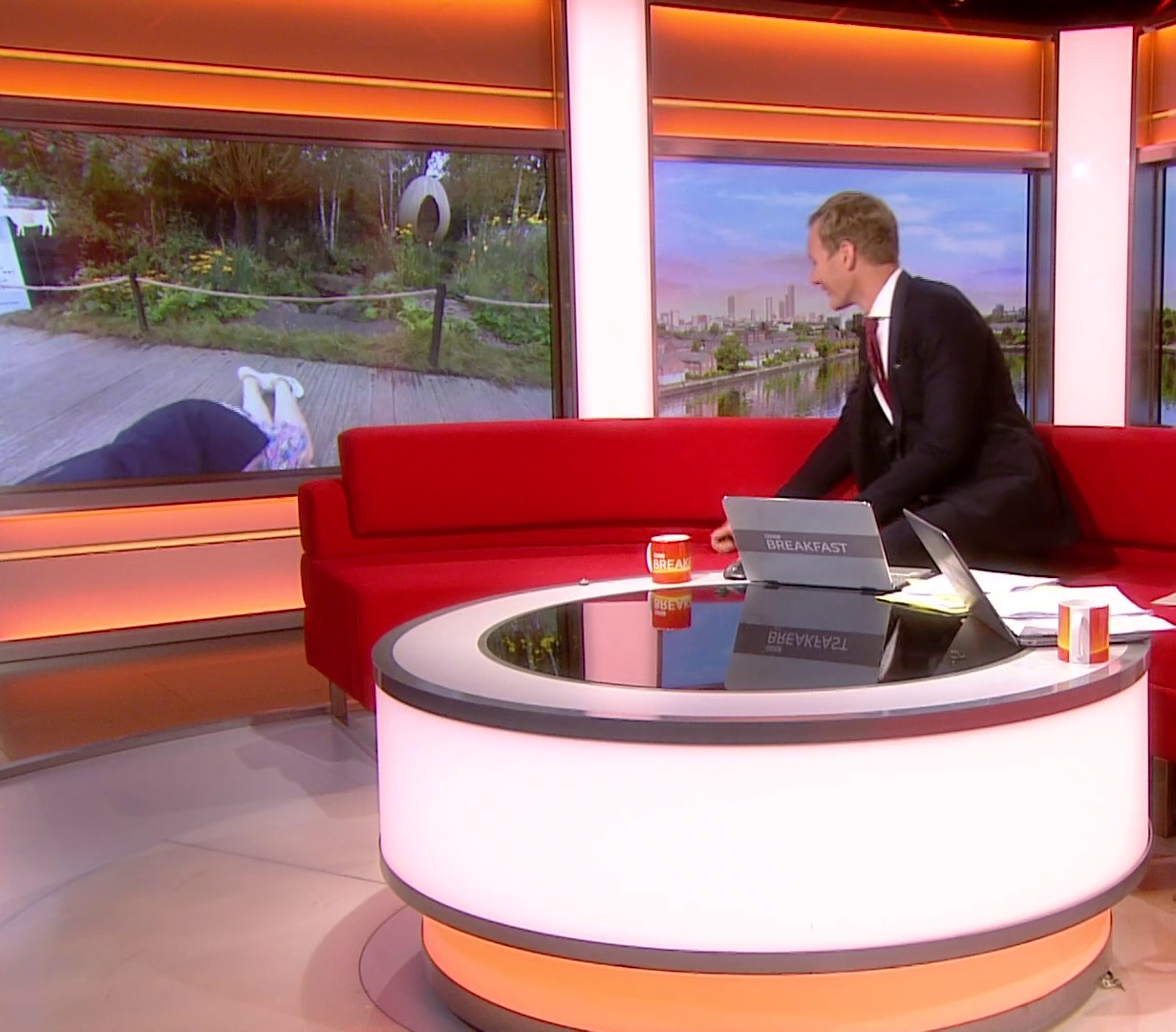 The dog yanked her to the floor with just her feet shown on the video link-up from Chelsea in West London.

He was heard roaring with laughter as her white trainers were shown with her flat-out on the deck, saying: "We've got a Kirkwood down.

"We've got a Kirkwood down. Someone save Carol."

Then, when she got back into the picture the 44-year-old star asked: "Are you OK? I think she might have lost a shoe."

Carol, who has struggled back onto the screen, replied: "Yes. She's a very strong girl, Flash."

The BBC weather veteran, 59, had been broadcasting the weather from the Royal Hospital in Chelsea, where there is a garden decided to guide dogs.

Dan, meanwhile, has been throwing himself into Strictly Come Dancing, which is is rehearsing for inbetween hosting BBC Breakfast from Salford, Greater Manchester.

He revealed on Friday that he'd suffered a horror accident after crashing into a glass door when running to get his wallet.

Sharing selfies from his hospital dash, the BBC Breakfast favourite revealed he'd been taken in after feeling "woozy".

Wearing his protective face mask, Dan can be seen hooked up to a monitor checking his vitals – posing for a snap with a consultant from the emergency department in the second picture.

He explained in the post's caption: "Bit of head-based drama today! After whacking my noggin on the big glass window yesterday I got sent to A & E today because I was feeling a little wobbly." 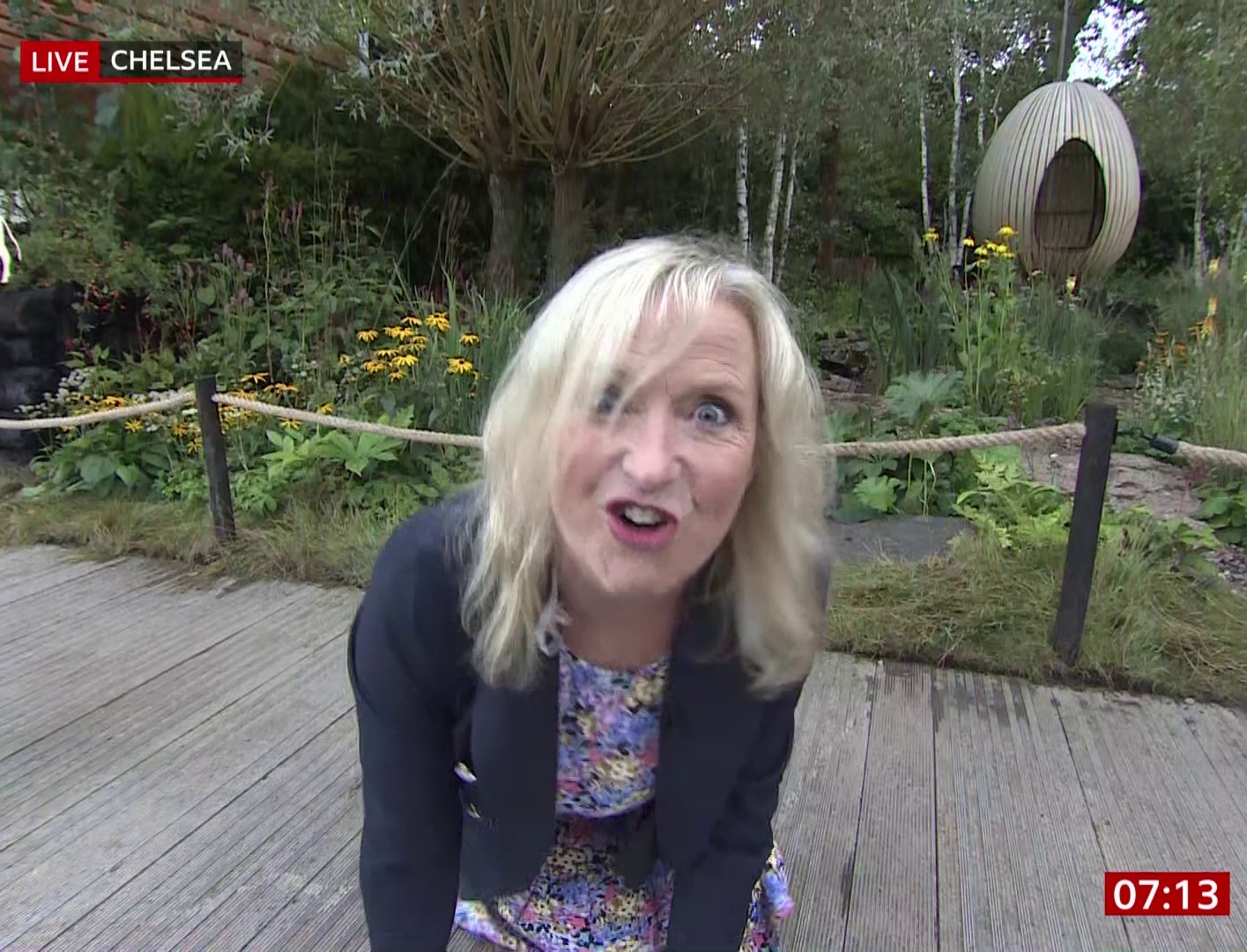 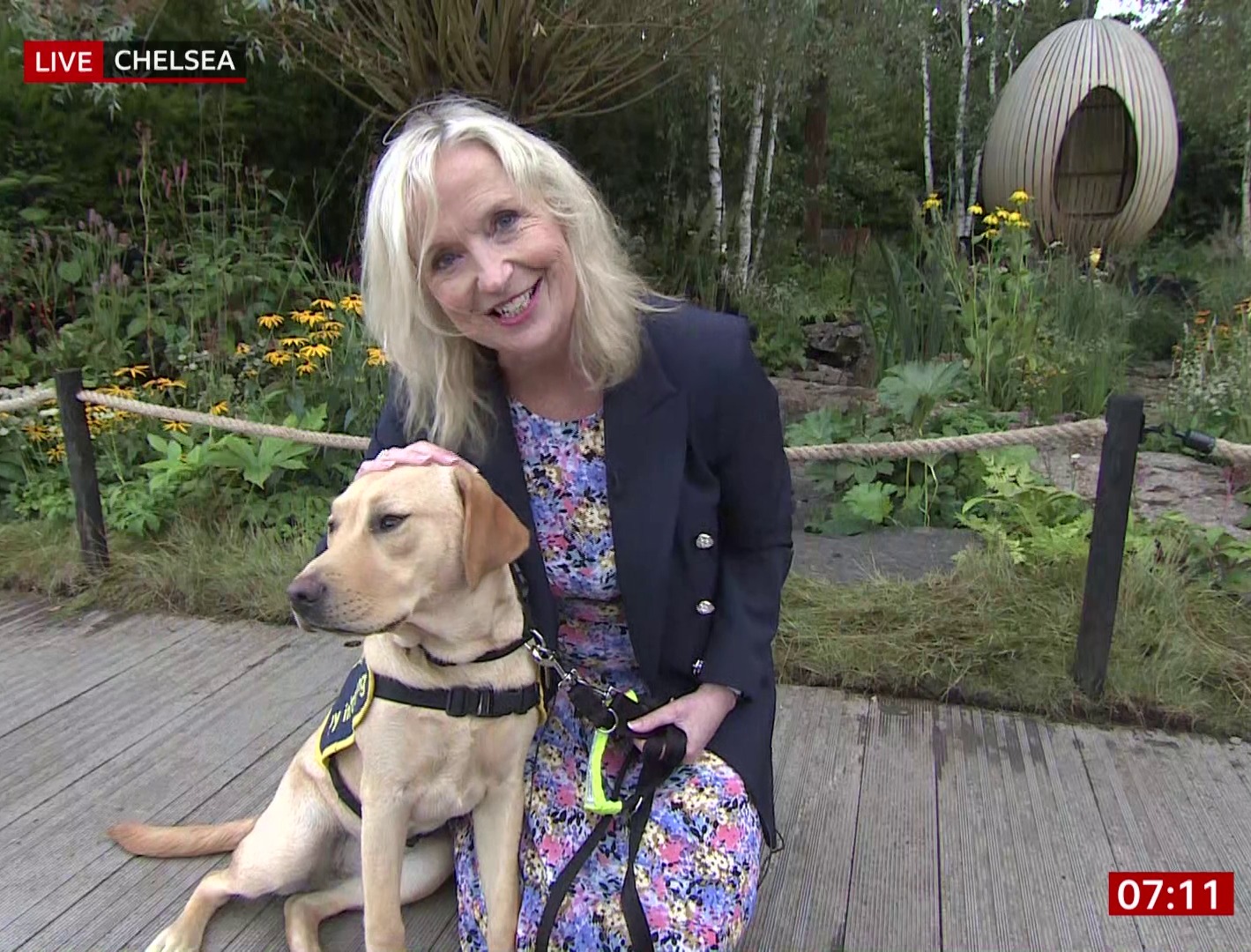 Ed Sheeran’s fears over neighbours plans to build caravan park next to his £3.7m Suffolk home

The Bachelorette's Hannah Brown Does Not Deserve This, Lukes