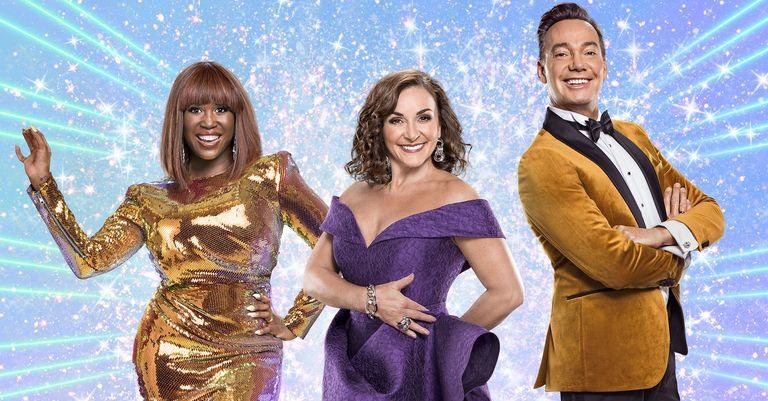 Strictly Come Dancing 2021 is just days away from returning to BBC One and the countdown is officially underway.

Just days after BBC Breakfast’s Dan Walker accidentally let slip the start date, it’s been confirmed that the glitziest series on the Beeb is due to launch on Saturday, September 18 – so set those calendar alerts.

The start date was announced on Strictly’s Twitter account with a fun video clip of McFly’s Tom Fletcher pretending to strum one of the iconic paddles.

The beloved competition show will welcome 15 celebrities to the ballroom, with Craig Revel Horwood, Shirley Ballas, Motsi Mabuse and Anton du Beke serving as the judges.

The countdown is ON! Only 15 days to go until @TomFletcher and our #Strictly stars hit the dancefloor ðº pic.twitter.com/bIE9hk5lWa

EastEnders actress Rose Ayling-Ellis will be the first-ever deaf contestant to appear in the series.

On the judging panel, Anton will take over from Bruno Tonioli, who remains unable to take part due to travel uncertainty caused by the pandemic.

There will also be four new professional dancers joining the line-up.

It was previously announced the new series will not be making the usual annual trip to Blackpool for the customary episode broadcast live from the famous Tower Ballroom.

Strictly Come Dancing returns on Saturday 18 September on BBC One.

If you’ve got a celebrity story, video or pictures get in touch with the Metro.co.uk entertainment team by emailing us [email protected]etro.co.uk, calling 020 3615 2145 or by visiting our Submit Stuff page – we’d love to hear from you.