Dev, 34, was announced as one of the celebrities taking part in Strictly Come Dancing last month after months of speculation he was taking part. The Radio One presenter was partnered with professional Dianne, 30, during the BBC dance show’s launch show last month and the two have been training ever since. Appearing on Saturday Kitchen this morning, the contestant revealed his backstage antics which lead his fellow contestants to kick him out the training studio.

I do get kicked out their studio

The contestants will take to the dance floor for the first time in their couples next week, so at the moment, they are all putting their heads down to learn the required technique to wow both the judges and the viewers at home.

Saturday Kitchen host Matt Tebbutt asked the Strictly contestant: “When other people are rehearsing, do you go and watch them? Do you put them off?”

Dev replied: “I’m training in the same building as David James and James Cracknell and Emma Barton and I am trying to sneak a little look at their dances because you can’t help it.

“You want to see what they’re doing, not because you there’s a way to see are they better than me, you’re just a little bit curious,” the Radio One presenter explained. 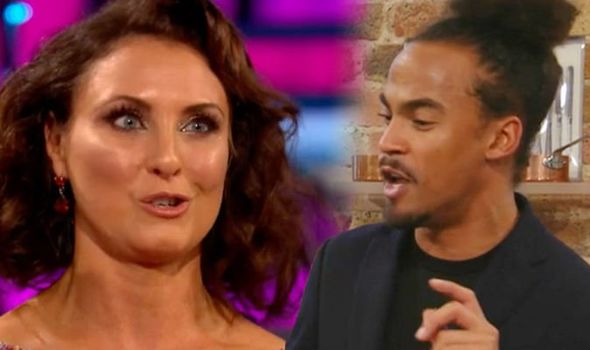 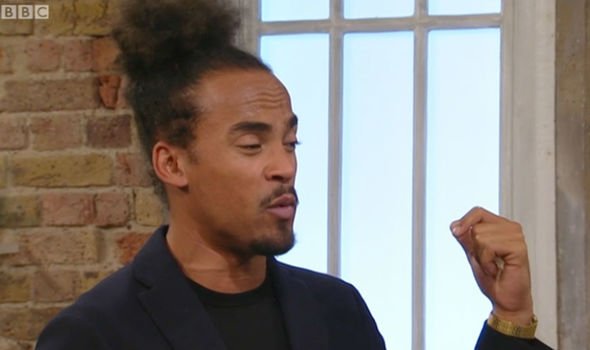 However, it seems the cheeky amateur dancer does cause some light-hearted rivalry with the other contestants as Dev confessed: “But I do get kicked out their studio’s every time I try and take a look. They’re like ‘get out.’”

Dianne will be hoping to reach the finals and possibly even win the Glitterball trophy this year after she just missed out on the crown last year with boyfriend, Joe Sugg, 28.

The Radio One presenter said of the news he would be partnered with Dianne: “I think I’m allowed to say this now but when you meet all of the pros, you can’t help but have a little list in your head of ‘Oh, these are my favourites. I really get on with this person.’” 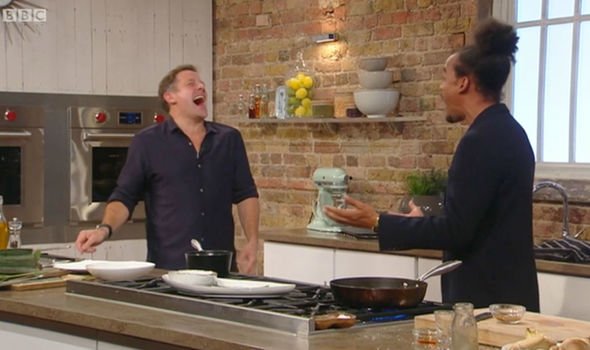 Dev continued: “She was one of my favourites. It’s so important it’s someone you get on with and Dianne is a great mixture of – we have a to of fun together but she’s like, ‘No, let’s do that again. Let’s go from the top.’”

Speaking of Dianne’s direct approach to training backstage, the Strictly contestant commented: “I’m the youngest of three sisters and a brother.

“I’ve basically been allowed to get away with murder for ages, I’ve never been given any responsibility.

“I’m sort of like the golden child. I need a little bit of discipline and I need somebody to put me in my place.”

With Dev and Dianne busy training for their first dance as a couple, Matt asked the contestant if there was someone in the line-up he had his eye on to win the crown.

The amateur dancer revealed he had two contestants in his eyeline, one being CBBC presenter Karim Zeroual, 25, who is partnered with Amy Dowden, 28.

“So you know whose so flexible? I saw him [Karim] do the scissor kicks,” Dev remarked, before turning his attention to the bookmakers favourite to win, Alex Scott MBE, 34.

“Also, Alex Scott who is used to performing in front of crowds and knows about music,” Dev remarked of his competitor.

“[She] has got great rhythm. I think she’s one to watch,” the radio presenter added and fans seem to be backing the former England footballer to win the title this year, as well as Karim.

According to latest odds from Coral bookmakers, Alex’s chances of becoming Strictly champion are at 51, with Karim just in front at 7-2.

Viewers will have to keep their eyes peeled to see if either one of the hot favourites manage to win the crown.

Strictly Come Dancing The Professionals airs tonight at 7pm on BBC One.

Who Is Elisa Lam and What Is 'Crime Scene: The Vanishing at the Cecil Hotel' About?