Home » TV » Strictly 2021: Adam Peaty 'got so into character' in controversial dance 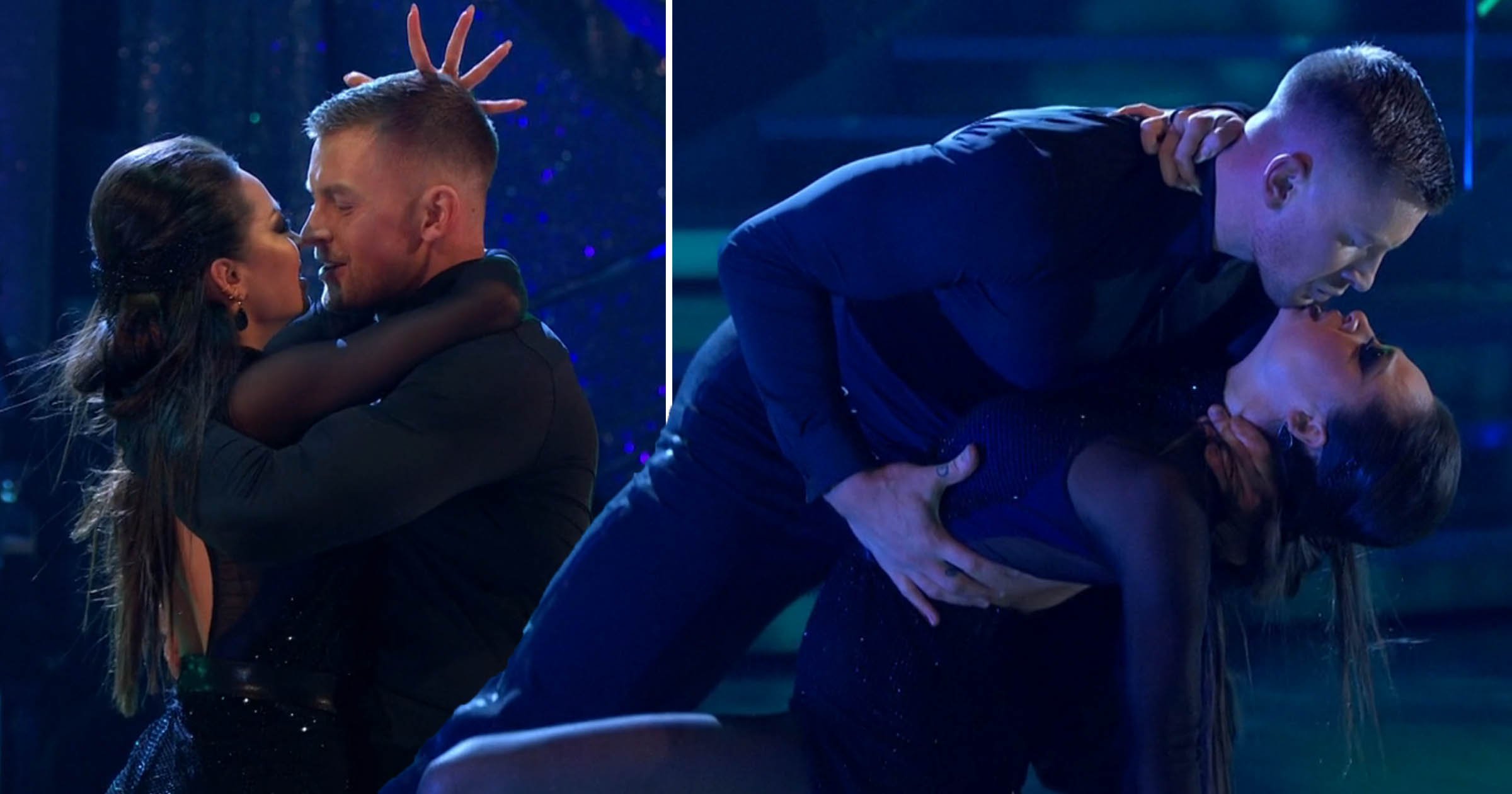 Adam Peaty admitted he ‘got so into the character’ during his performance with Katya Jones on last week’s Strictly Come Dancing after social media erupted with suggestions the pair almost kissed.

Adam and Katya were speaking on BBC’s Strictly: It Takes Two when presenter Rylan Clark asked how they felt about their performance last week.

The glamorous presenter added that the performance was ‘so saucy!’

He added: ‘I really, really felt at home there.’

Katya explained that they had been getting ‘different comments from the judges’ in previous performances, where they said the pair were ‘not connecting to the music or to the emotion’.

The dance partners started asking what each movement in the dance meant, ‘why are you grabbing my hand, what’s the emotion behind it’, with Katya saying ‘we definitely improved on that level’.

Rylan pointed out that it was ‘quite an intense routine for many, many different reasons’, from the emotions to the techniques, particularly the leg kicks.

Adam admitted his arm is ‘suffering’ but ‘it’s all part of the game’.

The pair have been training intensely this week ahead of Saturday night’s show, where they will perform the samba to George Michael’s Faith.

Adam admitted the first couple of days were extremely tough- but partner Katya figured out a way to cheer him up.

In a clip shown on the programme, a T-Rex stomps across the rehearsal floor, leading Rylan to exclaim ‘Who is that?!’ and Katya revealed it was her.

‘It was a really hard beginning of the week,’ she explained, and she found herself asking ‘What can I do to brighten up his night?’

‘So I ordered Chinese and dressed up like a T-Rex!’

Fellow Strictly star Sara Davies recently told MailOnline that she felt ‘so bad’ for Adam because ‘his personal life has been a nightmare this past week’ as the public gossiped about the moment he appeared to almost kiss Katya at the end of their performance.

She said: ‘All he’s tried to do is give his all into dancing with Katya.’

This week, Judi Love will be missing from the show as she was forced to pull out after testing positive for Covid-19.

Strictly Come Dancing returns Saturday at 7.05pm on BBC One.