Home » TV » Stacey Solomon shares shot of son Rex, 2, in hospital after 'nightmare' accident as they wait for a bed

STACEY Solomon was back at hospital today after her son Rex, two, suffered a "nightmare" accident.

The Loose Women star, 31, shared a picture of the pair waiting for a bed to become free so he can have stitches. 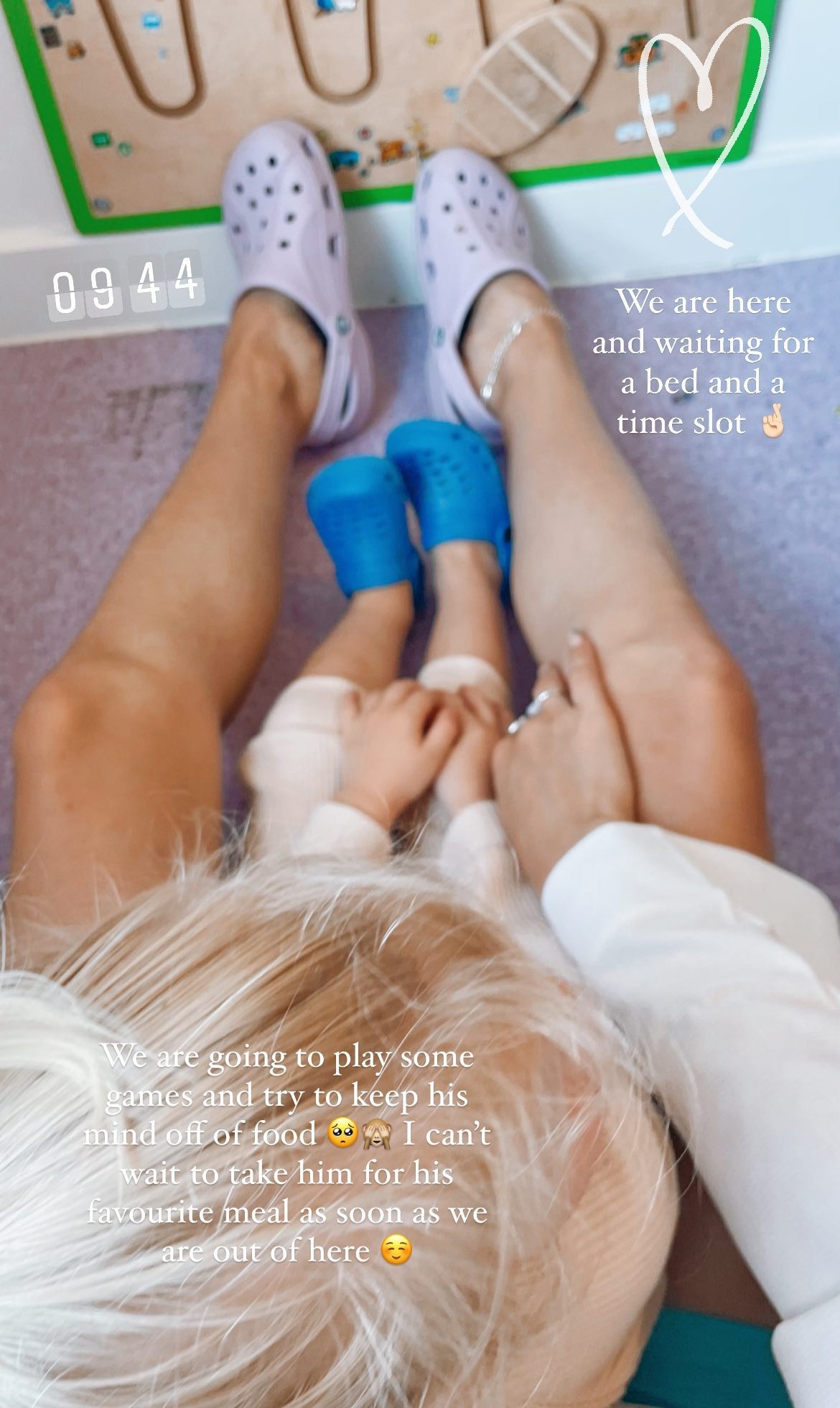 She wrote: "We are here and waiting for a bed and a time slot 🤞🏻. We are going to play some games and try to keep his mind off of food 🥺🙈.

"I can't wait to take him for his favourite meal as soon as we are out of here."

The pregnant TV star today explained her youngest son suffered a nasty fall in the garden at the weekend and needed stitches.

Speaking on Instagram this morning she told fans the ordeal left her fiance Joe Swash in tears and the actor had to leave the hospital room. 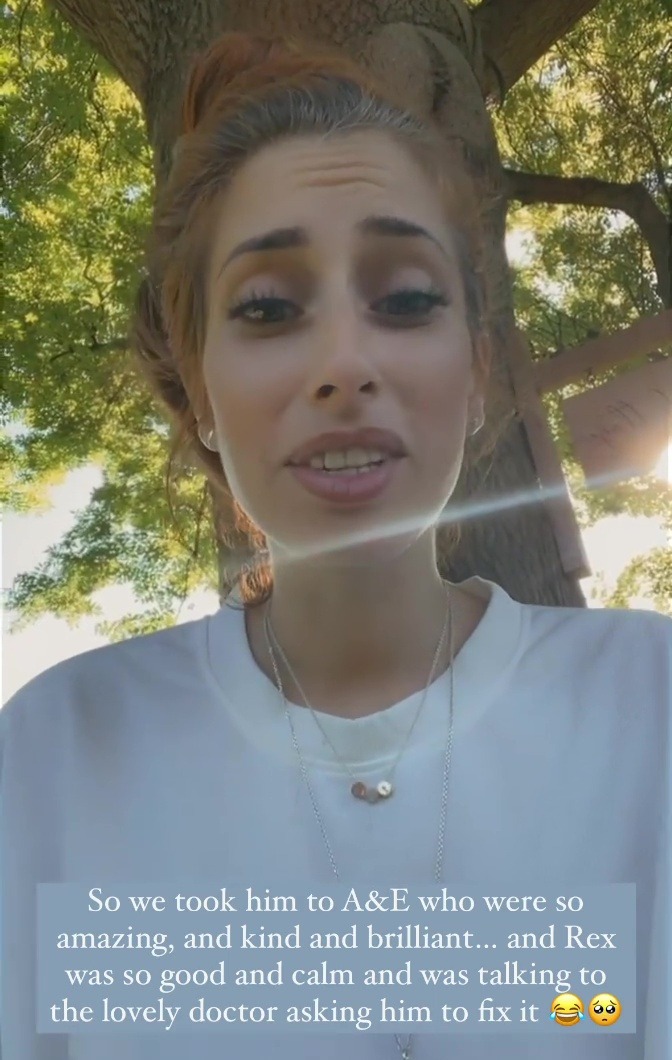 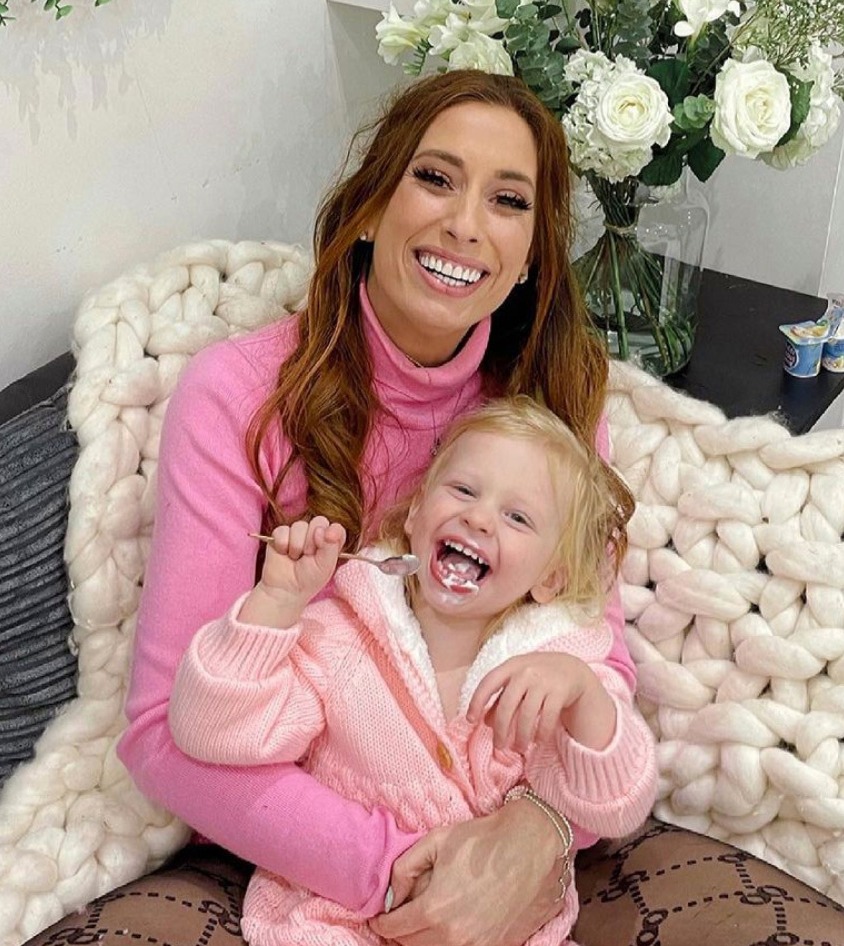 She told followers: "We had a nightmare yesterday. Rex fell over in the garden and we were like, 'Up you get.' Then we looked and it was not an 'up you get' situation.

"He hurt his lip so we took him into A&E and he had some little butterfly strips put on."

She added: "I'm going back today to get him proper stitches, because it's in a really awkward place. 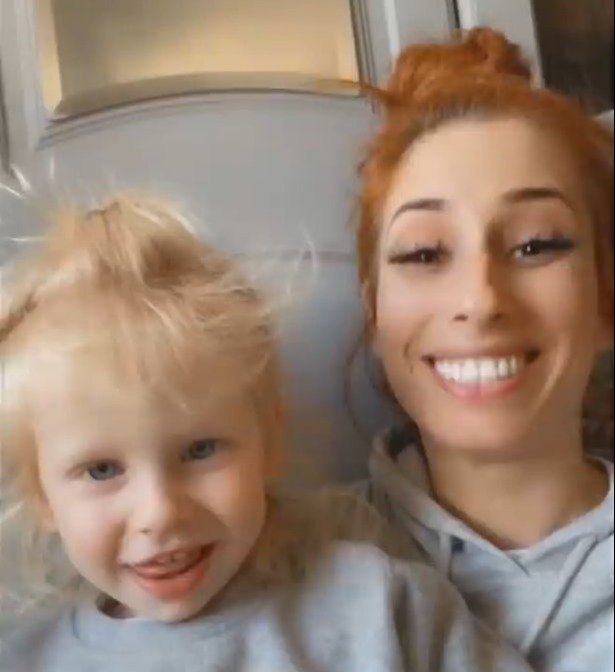 Stacey then turned the phone to fiance Joe Swash saying: "Joe on the other hand…"

Joe replied, shaking his head: "Honestly, when the kids are hurt I panic like nobody's business."

Stacey added: "He had to leave the room and he was crying. Bless your soul. I'll be looking after Joe today more than Rex – I love you."

The star later revealed she had been sent home by doctors because there were more pressing patients in the queue ahead of them. 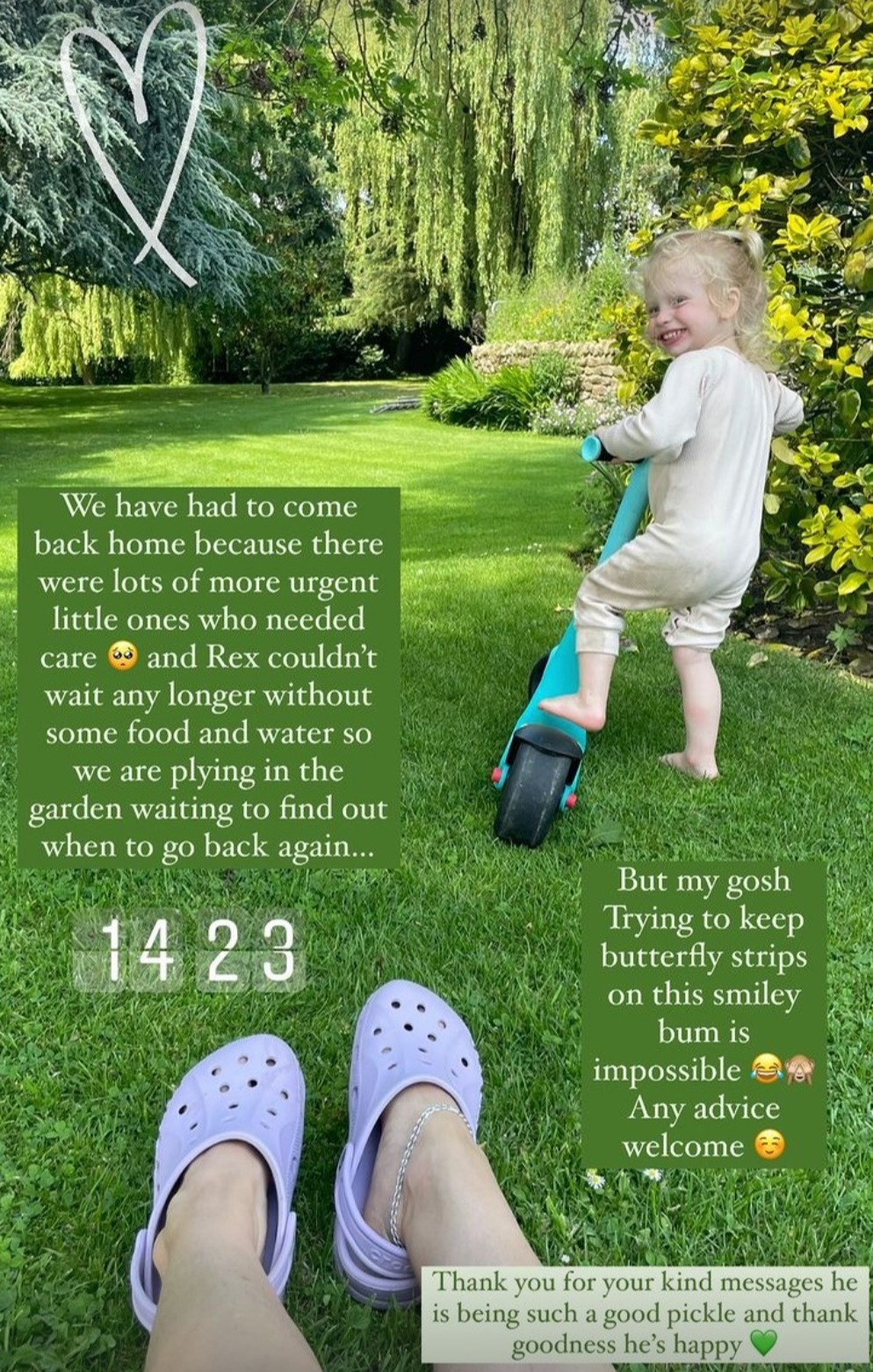 The star, who rose to fame on The X Factor, revealed this month that she and Joe are expecting their second child – and her fourth.

She is already mum to Zachary, 13, and Leighton, nine, while she and Joe share two-year-old Rex.

What is the Black Mirror 'Be Right Back' episode about?

NCIS: Who is Ari Haswari? Who killed Ari in NCIS?