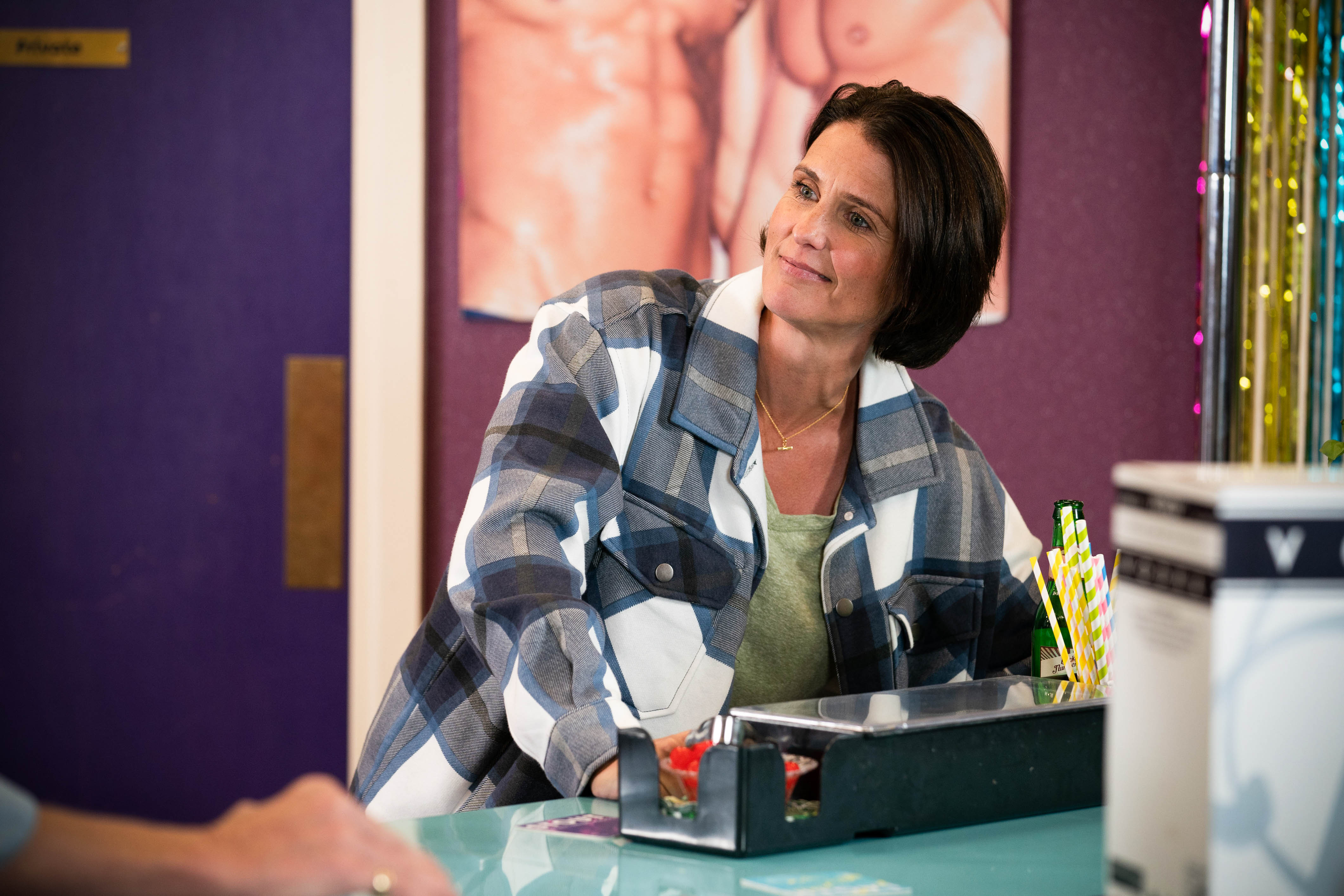 In upcoming episodes, as Stacey returns to Albert Square, it isn’t long until Eve follows her – but what exactly is she up to?

After Stacey’s return party, Martin (James Bye) opens up to Zack (James Farrar) about Stacey, who encourages him to go for it with her.

Later, Martin decides to reveal his true feelings but Stacey interrupts and drops a huge bombshell.

In the pub, Stacey and Martin sit down to lunch but when Stacey spots Janine (Charlie Brooks), she leaves.

As Stacey starts her meeting with the probation officer, Suki (Balvinder Sopal) interrupts and accuses her of stealing Jags’ watch.

Meanwhile, unbeknownst to everyone, Eve has entered The Prince Albert.

Spotting Shirley (Linda Henry), she starts flirting with her!

How will Shirley react?

They happily embrace and Eve meets Jean (Gillian Wright), who isn’t so impressed.

But what exactly is Eve planning while in Walford? Is her visit simply to see Stacey?

Or is she hiding something?

Love Island ratings down by 800,000 compared to summer version but almost 3m fans still tune in to launch show – The Sun

Kim Kardashian shares sweet photos of daughters North, 7, and Chicago, 2, as she grows fed up with troubled Kanye West