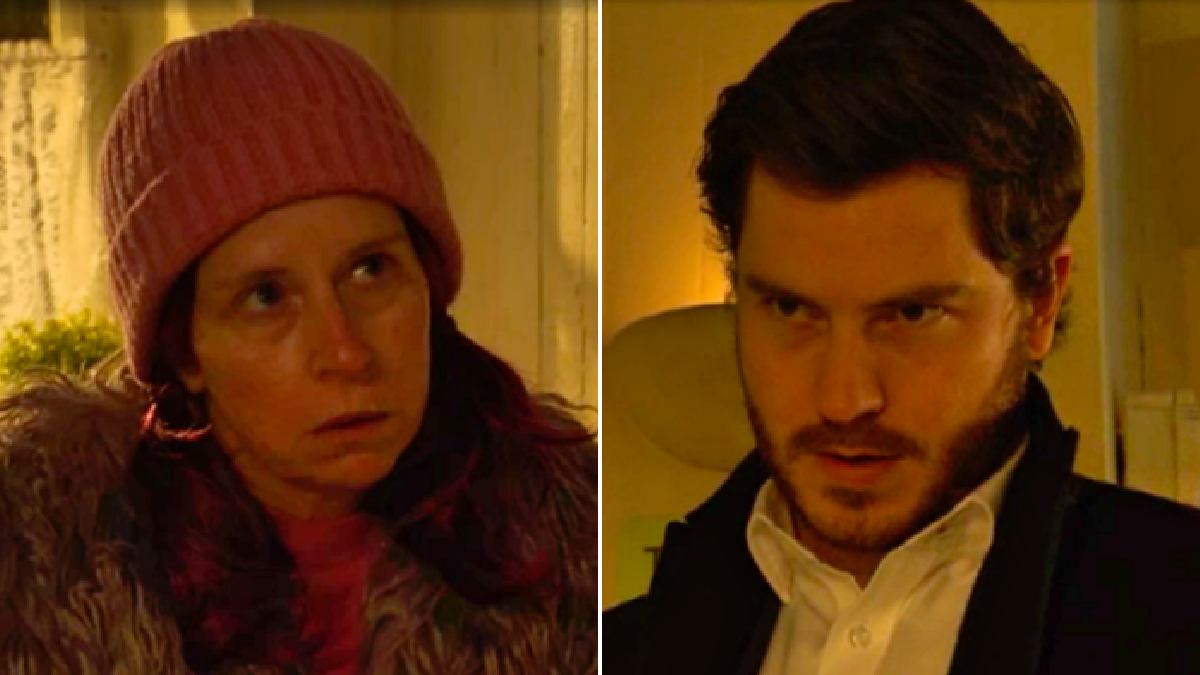 Gray Atkins (Toby-Alexander Smith) sank to yet another new low in EastEnders tonight (February 10), as he paid a homeless woman to pretend to be Tina Carter (Luisa Bradshaw-White) in order to cover his tracks.

Gray was tasked with tracking down Tina last week, after Sharon (Letitia Dean) revealed to Linda (Kellie Bright) that she orchestrated the attack on Ian Beale (Adam Woodyatt).

Determined to keep Mick (Danny Dyer) and Linda shtum about such a thing, Phil Mitchell (Steve McFadden) agreed to help them track down missing Tina, and therefore he asked Gray to assist.

Shirley (Linda Henry) was put off by Gray’s lack of urgency surrounding Tina, however, and thus she railed at him and accused him of being dead inside.

Fearing that his secret could be exposed following Shirley’s outburst, the solicitor devised a plan.

In tonight’s episode of the BBC One soap, DCI Arthurs popped by, and revealed that a woman matching Tina’s description was spotted shoplifting, and the woman gave her name as Tina, before doing a runner.

Shirley was hopeful, and thus she resolved to head off and look for her missing sister.

However, it was later revealed that Gray had paid a homeless woman to pretend to be Tina.

It was clearly an attempt to cover his tracks, as the police believe that Tina is alive, but will he be exposed for the killer that he is?

EastEnders continues Friday February 12 at 8.10pm on BBC One.

'90 Day Fiancé: The Other Way': Armando's Daughter Has a Beautiful Reaction to His Engagement News