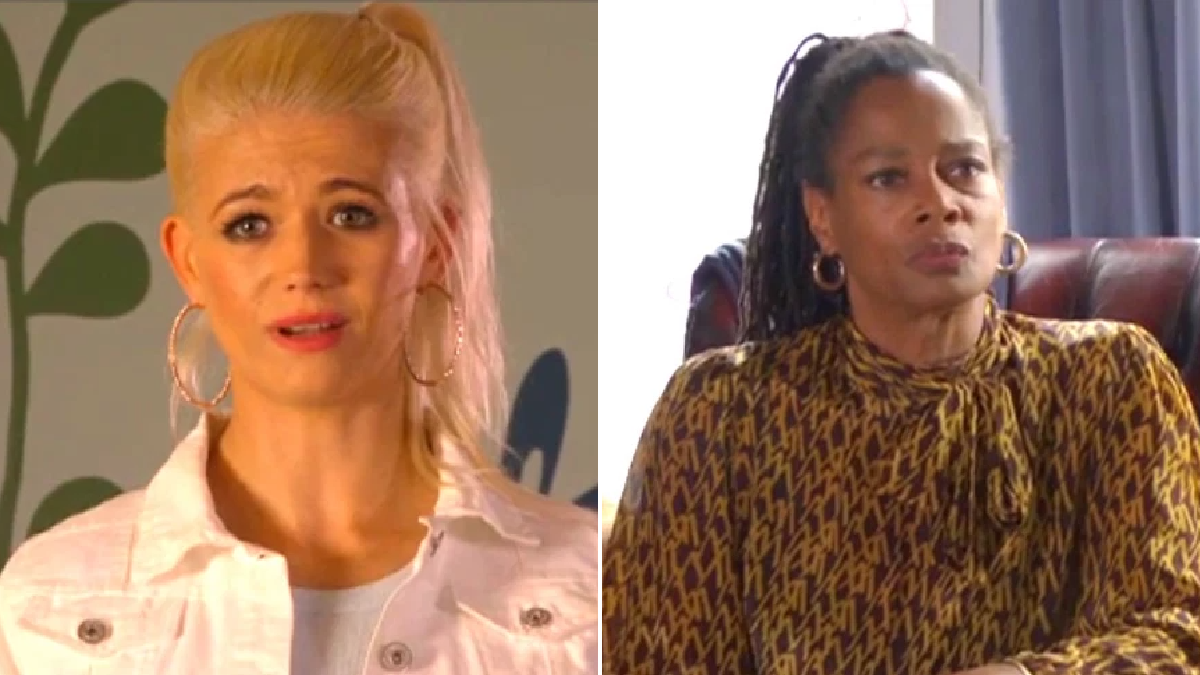 This week, thinking time away from Walford (and Lola) would do him some good, Sheree tried to trick Isaac into going back to Trinidad.

Tonight (August 20), knowing what Sheree was planning, Lola dropped some things off and quickly learnt Patrick (Rudolph Walker) had no idea his wife had booked plane tickets back to Trinidad.

After telling Ben (Max Bowden) she had split up with Isaac, Lola began to doubt whether their recent separation (which was brought on by Sheree’s manipulation) was even a good idea.

Visiting Isaac with Bailey, Lexi and Amy in tow, Lola opened up to Isaac and told him she loves him.

Both delighted and in agreement that breaking up was a mistake, Lola and Isaac shared a kiss and moments later, Sheree walked in.

Her anger building, will Sheree continue to try and split Isaac and Lola up?

When Isaac eventually returns home to Albert Square, how will he react if Lola tells him about Sheree’s attitude towards her?

Can Sheree ever deal with her son being in a relationship?