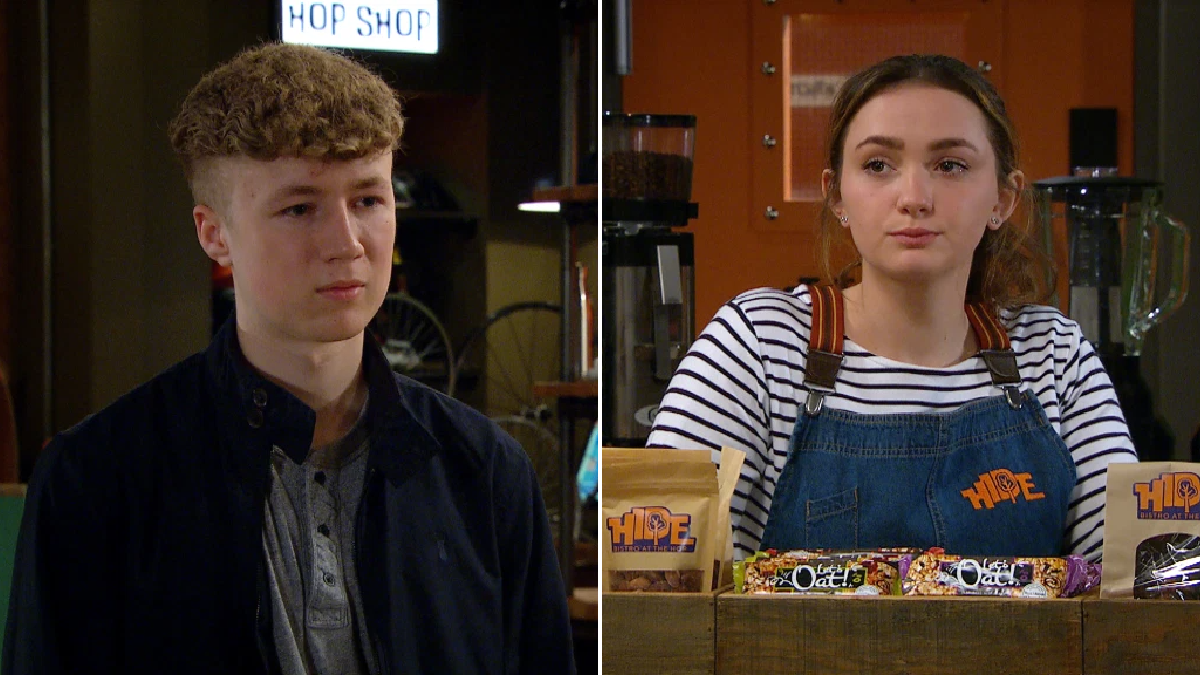 Noah Dingle (Jack Downham) has been working at Home Farm in Emmerdale as well, not a very good handyman.

He was hired by Jamie (Alexander Lincoln) but instead of fixing things around the house, he was paid to spy on Gabby (Rosie Bentham) after suspicions began to rise that she was up to no good.

Once Gabby spotted Noah acting shifty, she used her charm, flirted with him and Noah revealed what he was really up to.

Since then, viewers have seen a friendship develop between Gabby and Noah, but many have been wondering whether Gabby is continuously being nice to him to get what she wants.

It’s pretty clear that Noah has developed feelings for Gabby.

Jamie picked up on this in the past when he asked him to spy on her, and in one instance, Noah was caught by rummaging through her underwear by Will (Dean Andrews), something which viewers weren’t pleased about

Many viewers branded him a sex pest and in upcoming episodes, things develop again as Gabby and Noah bond.

But where will things lead?

Do they both feel the same about each other?