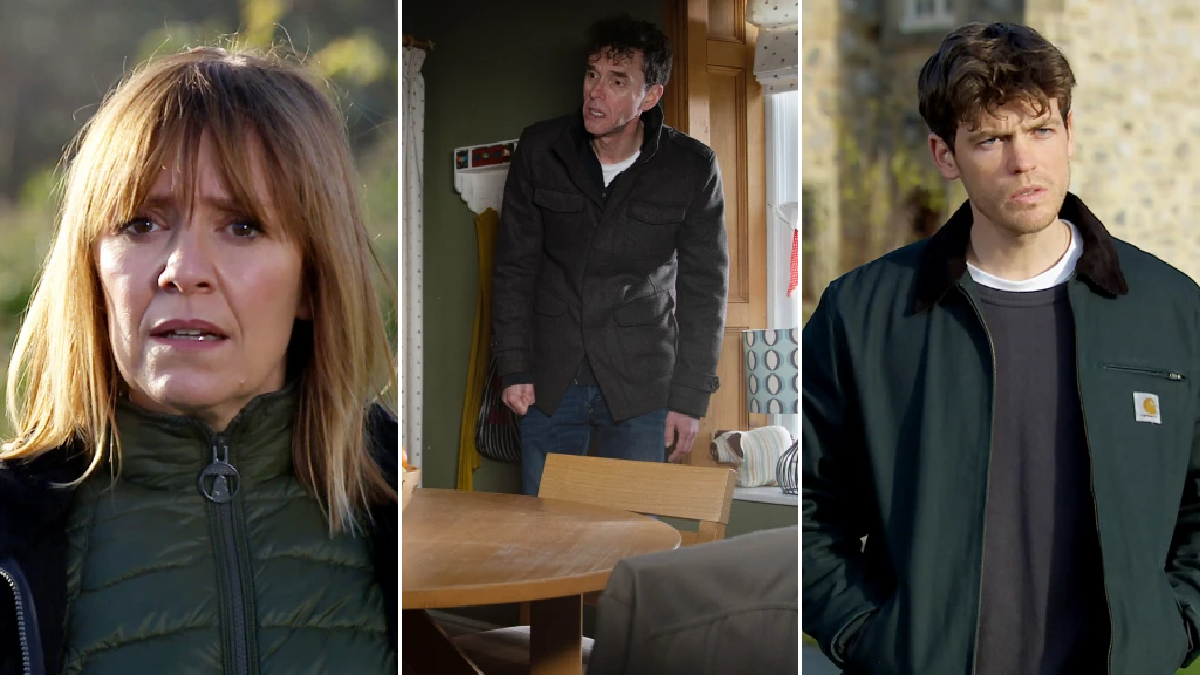 Of course, Marlon has already met Marcus but until tonight, he was under the impression the new face was just a friend of Ethan’s (Emile John).

With Marcus back in the village, Rhona’s (Zoe Henry) stresses continued to increase, and, in the café, Kim (Claire King) bumped into the both of them.

Kim made her opinion towards Marcus perfectly clear, pointing out he shouldn’t be in the village as the residents have tried so hard to move forward after Pierce’s reign of terror.

As Marlon and Rhona made their way home, Marlon finally learnt the truth about Marcus and understandably, he didn’t react well.

Coupled with the shock, Marlon was incredibly hurt over Rhona’s decision to keep the contact a secret and even said by hiding the truth, she was doing exactly what Pierce wanted.

It’s important to say that Rhona was also very emotional during tonight’s episode as she desperately tried to show Marlon, she thought keeping Marcus’ identity a secret was the best thing for their family.

We left them in the kitchen with Marlon questioning if Rhona even trusts him anymore, it’s certainly going to take a while for this couple to move past everything that’s just happened.