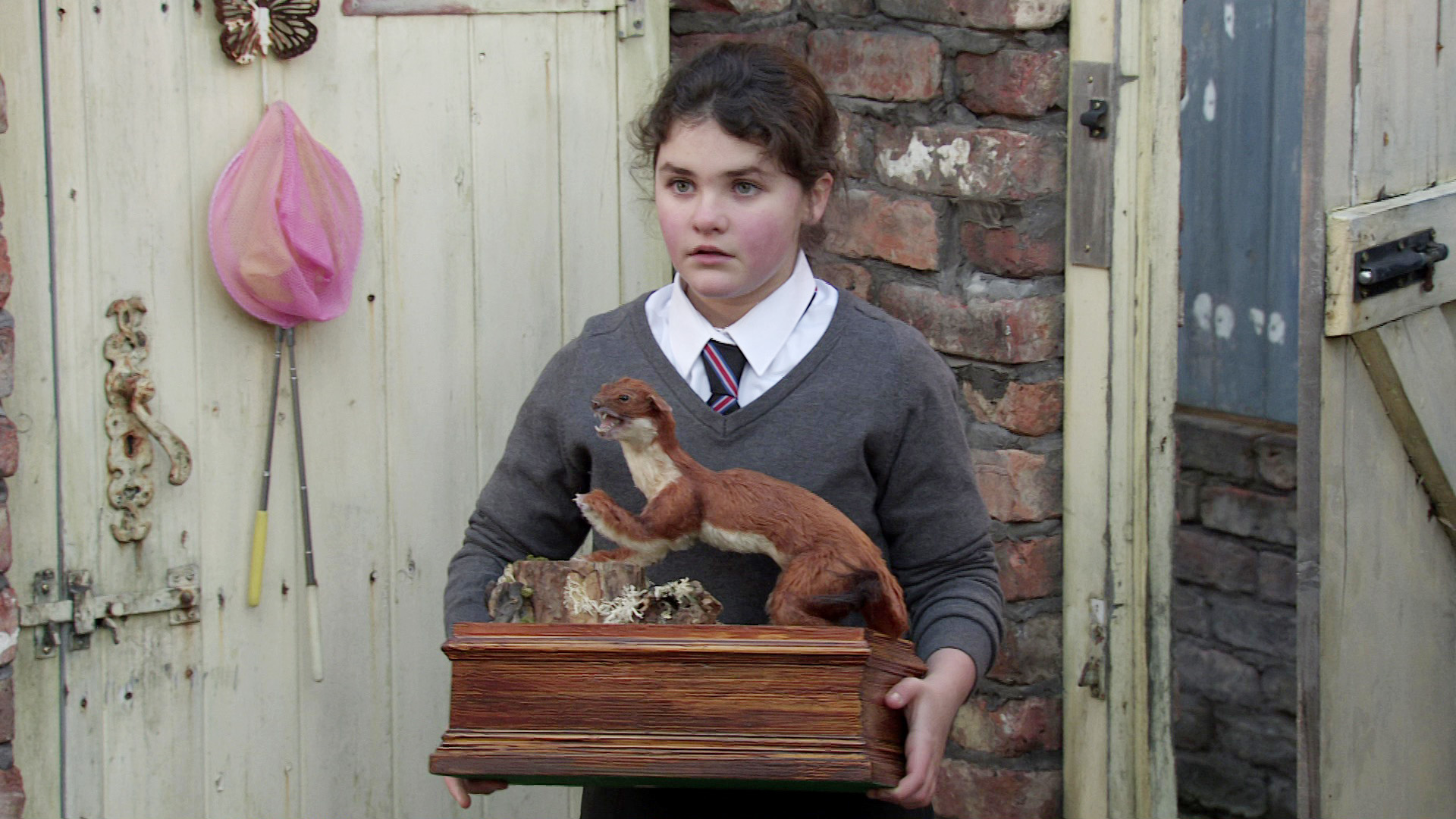 During an evening looking after both Cilla and Peanut (Kirk’s dog), Hope’s time looking after her first ever pet ends in a horrific way.

She spots the cage open and shortly after, she finds Cilla dead on the floor, with Peanut watching from her basket.

Chatting to Sam (Jude Riordan), Hope tells her friend how she intends to have her revenge for Cilla’s murder and needs his help.

On Hope’s instructions, Sam reluctantly cons Maria (Samia Longchambon) into handing over Vin-Diesel the weasel from the barbers.

Ordering Sam to go, Hope carefully places Vin-Diesel’s mouth around the skin of her arm.

Approaching Peanut, Hope lets out a scream, clearly planning on convincing Beth (Lisa George) and Kirk (Andrew Whyment) that she was bitten by their dog.

But will she get her revenge?

As the week continues, Tyrone (Alan Halsall) spots Hope sneaking out of the backyard carrying the weasel, but will he work out what’s going on?

‘As we get into chinchilla-gate, that sets the foundation for the tone we’ve got with that family in 2023’, Corrie producer Iain MacLeod recently teased.

‘Hope’s behaviour will become increasingly difficult over the course of the year, but there will also be extremely light-hearted bits.’