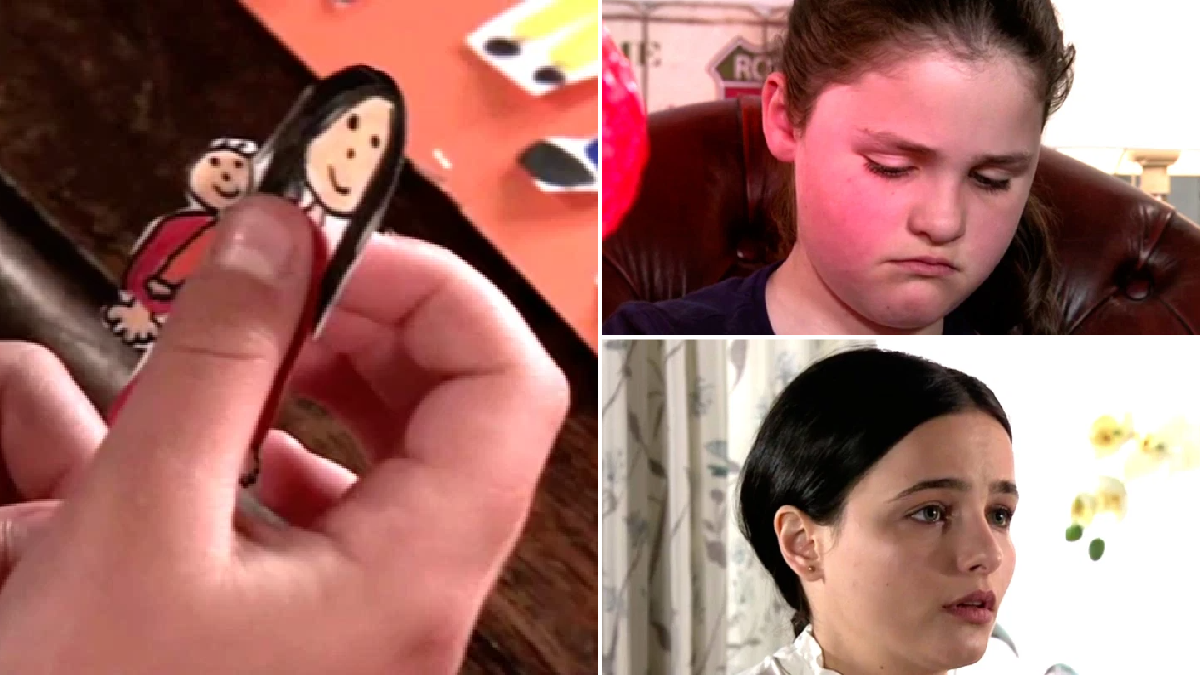 Last week a drunken Tyrone made a fool of himself in the bistro after seeing Fiz (Jennie McAlpine) on a date with Phill.

Alina was annoyed when Tyrone returned home and told him if he wasn’t prepared to let Fiz go, their relationship could come to an end.

In tonight’s (July 26) episode, Tyrone woke up on the sofa and became determined to put things right with Alina.

Outside the flower shop, Hope tried to talk to her dad, but because he was so focused on buying the perfect bunch of flowers for Alina, he barely paid Hope any attention.

Later on, in the furniture shop, Hope was creating a picture of the people in her family.

As Tyrone grew annoyed when Hope included Phill, Fiz certainly enjoyed seeing how much her new man is bothering her ex.

Right in the middle of trying to put things right with Alina, Hope called Tyrone and asked for his help on her picture.

But when Tyrone told her he’d be spending the afternoon with Alina, Hope’s anger grew and in surprising scenes, she took the drawing she’d done of Alina and ripped it to shreds.

What could this mean for Hope?

Is this hinting at a possible plan to try and destroy Alina and her unborn baby?

How much is young Hope capable of?

Which ‘Bachelor’ Couples Are Still Together?

'SNL': Rachel Dratch Brings Back Debbie Downer to Bum Us Out About Coronavirus (Video)