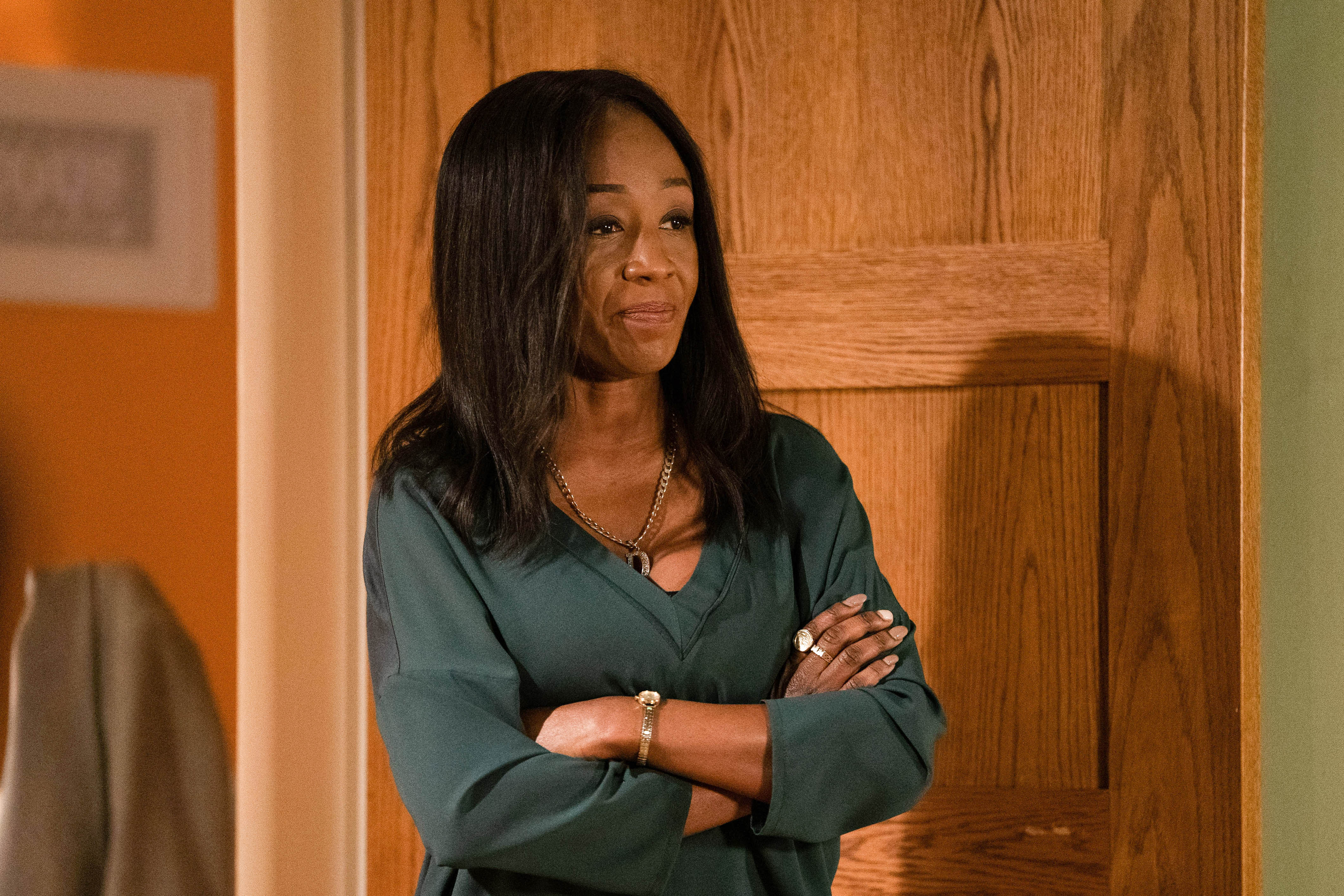 Denise Fox’s (Diane Parish) life is in danger in EastEnders, as she disappears following a showdown with evil Lucas Johnson (Don Gilet).

Since setting her sights upon Lucas at Christmas, Denise has been living in fear — concerned about what the killer wants now that he’s back on the scene.

However, it’s not just Lucas that’s been on Denise’s mind, as Chelsea (Zaraah Abrahams) returned alongside her father — leaving Denise worried about her daughter’s safety.

Chelsea references her impending holiday in upcoming scenes, which leaves both Denise and Patrick Trueman (Rudolph Walker) rather suspicious.

In fact, Denise can’t stop thinking about this holiday, and therefore she pushes her daughter to know more about it — such as who she’s jetting off with.

However, she soon discovers the truth: it’s Lucas.

Horrified, Denise storms over to Lucas’ and accuses him of manipulating Chelsea, but Lucas is left stunned as he comes to realise that she’s got no idea that this is her daughter’s idea and not his.

As the day of the holiday arrives, Chelsea waits in the taxi, but she’s soon horrified when Lucas refuses to leave.

Denise overhears the commotion and, assuming that he’s once again let their daughter down, she confronts Lucas.

Lucas attempts to explain, but Denise rants at him, and launches into a tirade of her hurt and pent-up anger.

Jack Branning (Scott Maslen) and Chelsea search for Denise, but Vinny Panesar (Shiv Jalota) interrupts them, revealing that he thinks something has happened at the flat, as he’s seen blood.

They rush over, and find the place in a complete state. What’s more, Denise and Lucas are nowhere to be found.

Jack is terrified for Denise and begins searching for her, but he blames Chelsea, for what’s transpired — reminding her that she’s the one that brought Lucas back to Walford in the first place.

The question is: where is Denise?