Spitting Image 2020 has already got fans excited, and the series is due to return after 24 years. The puppet show was well-known in the 1980s and it is being recreated by the BBC and ITV for Britbox. Fans are wondering who the new characters are and Express.co.uk has everything you need to know.

Who are the new Spitting Image characters?

A puppet of British Prime Minister Boris Johnson is one of the first to have been revealed ahead of the 2020 series.

The show ran for 18 series until it was cancelled in 1996, and it mocks various famous figures.

The new version of the series will be produced by Avalon, with Roger Law, co-creator of the original show, as executive producer.

Britbox UK said on Twitter: “Spitting Image is back this Autumn, with Boris Johnson, Prince Andrew and Dominic Cummings among those receiving the classic caricature treatment.

“Who else do you want to see on the brand new series of Spitting Image?” 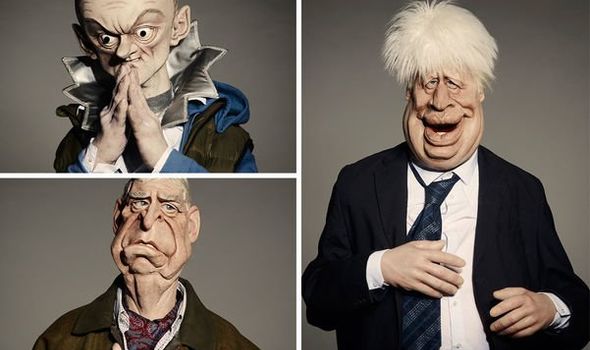 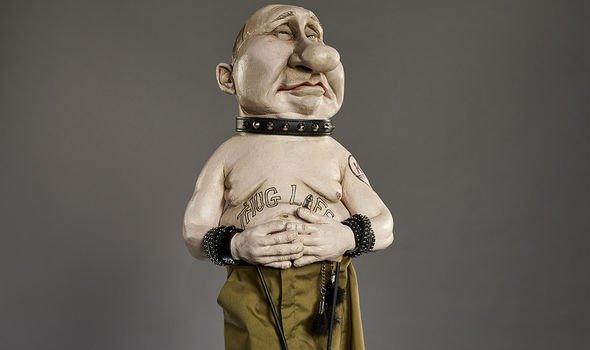 Dominic Cummings is also being recreated for the new series after he hit headlines earlier in 2020.

He has served as the chief adviser to Prime Minister Boris Johnson since 2019 and became a household name during the coronavirus pandemic.

Cummings made the news after it was reported he travelled to his parents’ farm in Durham during lockdown.

His puppet will be sporting a blue hoodie with a black gilet in the satirical show.

One fan said on Twitter: “These are brilliant, especially Cummings.

“The show should never have left television, it does a better job of holding politicians to account than by any official means. #SpittingImage” 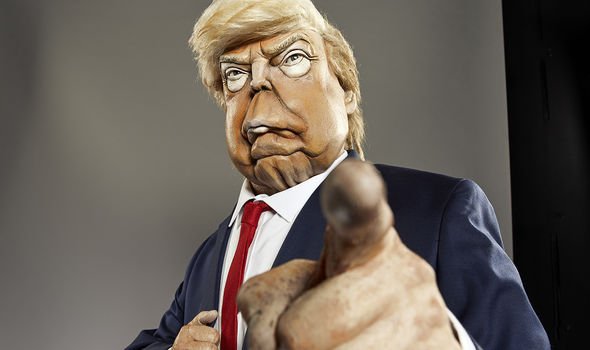 The series does not just focus on politicians, and in the new season Prince Andrew will be featuring as one of the puppets.

Executive producer Law had said the new show would be “more outrageous, audacious and salacious than the previous incarnation”, according to the BBC.

The show was originally airing on ITV from 1984 until 1996, when it was cancelled due to a decline in viewer numbers.

The series was nominated for nine BAFTA awards, two of which it won, as well as four Emmy Awards.

About 15 million viewers tuned in to the original series when viewer numbers were at their peak. 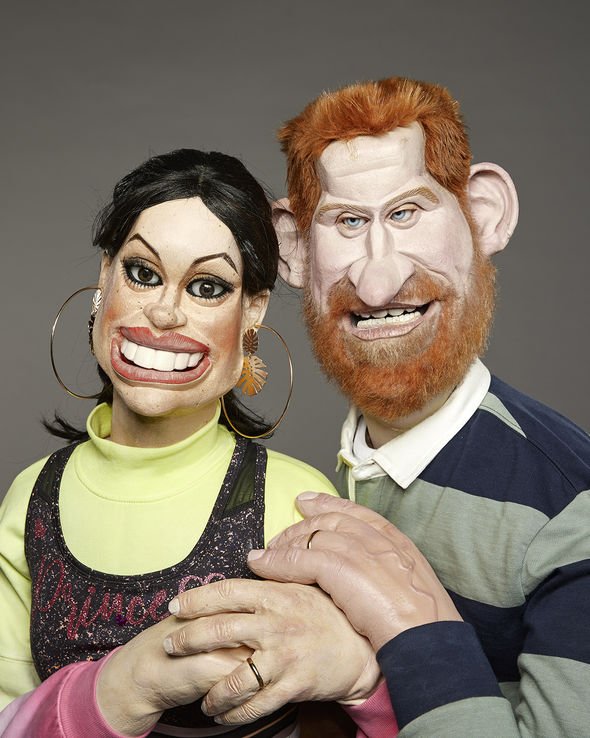 Politicians from around the world will also feature in the new series, including US President Donald Trump.

Trump has been topical for many years, especially during the coronavirus pandemic, so fans will be excited to see his character later this year.

One fan said on Twitter: “Love to see Mr Trump on Spitting Image.”

When the news of the new series was revealed back in September 2019, a BBC report said: “[Law] admitted to the Guardian satirising President Trump offered a challenge “because he’s a satire in himself”, but said puppets allowed them to go further than actors could.”

“It’s been my privilege over the last few weeks to work on several of the caricature puppet designs (including Trump) for the mission to bring the TV satire juggernaut Spitting Image back to the screen.”

Russian leader Vladimir Putin will also star in the 2020 series and his puppet includes a tattoo saying “thug life” across his torso.

The puppet is also wearing a leather spiked collar and matching wrist cuffs.

Putin has served as President of Russia since 2012 and he was also a KGB officer.

Fans cannot wait to see the new puppet designs, and they are waiting for an official release date for the new series.

Hopefully viewers will get to see the new characters in the autumn, so they will not be waiting for much longer.