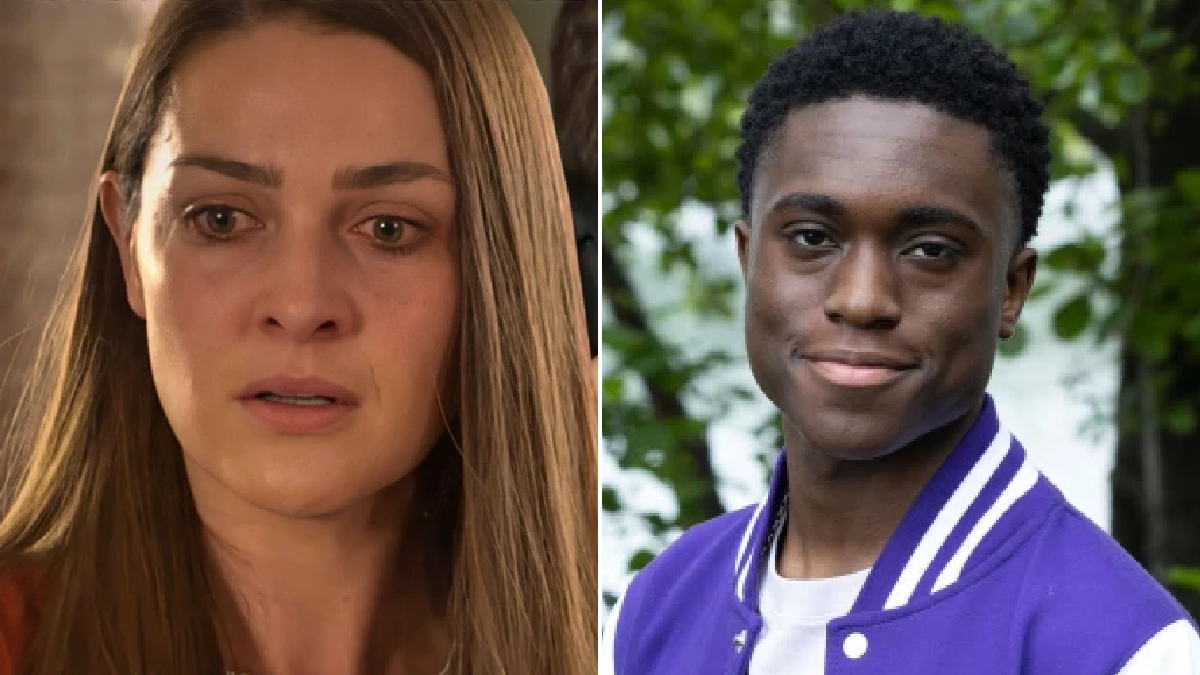 Sienna Blake (Anna Passey) realises the hard way that actions have consequences in upcoming Hollyoaks scenes, after she has an incident with newcomer DeMarcus Westwood (Tomi Ade).

It’s a tough week for the high school teacher, as Brody Hudson’s (Adam Woodward) funeral approaches, and Damon Kinsella (Jacob Roberts) is still being frosty with her.

Liberty Savage (Jessamy Stoddart) has a word with him, and he eventually lets Sienna to help with funeral preparations. Sienna, however, soon finds herself distracted when Summer Ranger (Rhiannon Clements) leaves a cupcake.

She’s livid that Liberty and Damon ignored the schemer’s gift, but Damon simply uses this as another way to verbally attack Sienna, leaving her feeling hurt.

In fact, his words begin to take their toll, as Sienna starts to feel responsible for what transpired.

However, Warren Fox (Jamie Lomas) offers her some advice, and she refuses to be pushed aside. Damon verbally attacks her again, but Sienna’s having none of it, as she takes charge and locks herself in the venue.

Damon threatens to call the police, while Liberty does her utmost to talk sense into Sienna.

Afterwards, Sienna returns to school, and is tasked with watching over Demarcus in detention, where she receives a text from Summer, who wants to see her!

What exactly transpires remains to be seen, but Liberty accidentally puts her foot in it when she reveals to Damon the Sienna was involved in hurting a child at school!

Sienna is worried about her future in the waker of the DeMarcus incident, especially with her teacher certification coming up. She has full intentions to come clean – that is, until he talks to her and sympathises with her.

The question is: what will she decide?

One to watch: Wednesday October 6 at 7pm on E4.