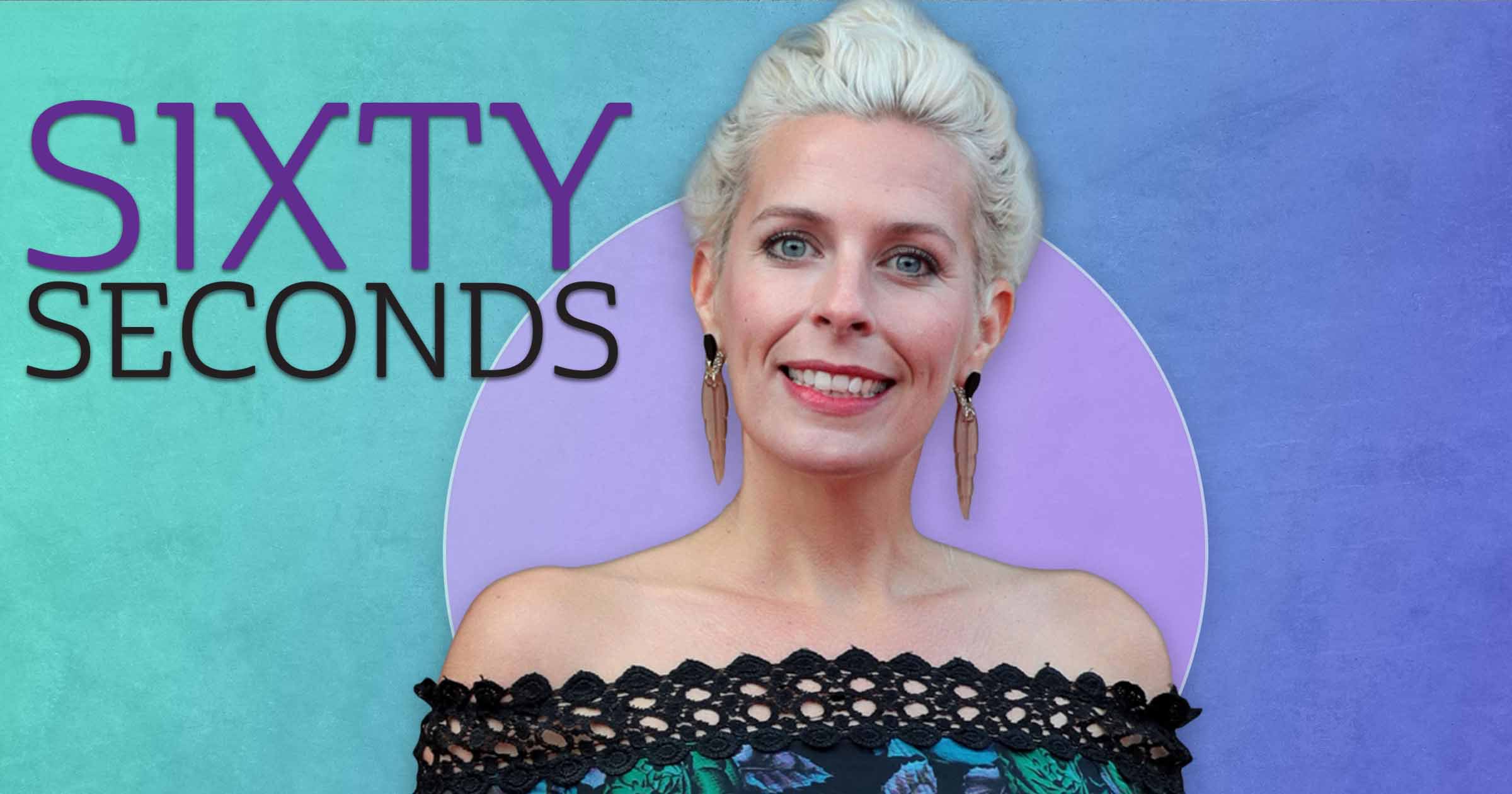 Comedian Sara Pascoe, 40, on taking over The Great British Sewing Bee from ex-host Joe Lycett, why she hated school and being a backing singer for Robbie Williams’ father.

You’re going to take over as host of The Great British Sewing Bee following your Christmas specials. Did Joe Lycett give you any tips?

He did. I felt like he was a midwife in the crossover. I actually did a gig with him the night I auditioned because they auditioned a few people.

I was saying how it went and how I thought I was too shy, and he was giving lots of advice.

Then he was the first person to text because he knew before it was publicised. He also knows what a lovely job I’m walking into. I’ve learnt lots of new words about sewing.

Eight series in, people love it, don’t they?

They do. And also, I think Joe was such a huge part of that popularity in the most recent season. So I was very aware that everyone’s lost their special boy.

Once we started, obviously, it felt like it was mine.

Have you ever made your own clothes?

Oh no. I’d love to, though, especially for environmental reasons. I’d love to do a better job of mending and taking clothes in and out to people.

Or to have people say, ‘Where did you get your trousers?’ and for me to say, ‘I made them, actually!’

Yeah, but there’s no way I’m showing Patrick and Esme [judges Young and Grant] anything I’ve made because they’re too harsh.

You’ve also done more series of Comedians Giving Lectures… why do you think it works well?

I like watching it because I really like comedians and think they’re very clever. But I also love learning about new things and watching them get things slightly wrong.

There are two ways of coming at it: Frankie Boyle did his about politics, which makes sense because it’s his area of passion. Whereas others go, ‘I know nothing about the Middle East, let me do a lecture about it.’

I love that they don’t know where the laughs are because it’s the first time they’ve ever performed it in front of an audience. So it’s very fly by the seat of their pants.

Who’s given a terrific lecture?

There are some really brilliant ones in these latest series. Sally Phillips on being in the moment is one of my all-time favourites because not only is she incredibly funny but she also put lots of accents into hers.

So she managed to sound like a lot of different experts from all over the world within one lecture, which was pretty spectacular.

Elf Lyons did a lecture about economics being sexy and I would have disagreed with that until I saw her lecture, which was very sexy.

Don’t you want to do an economics degree?

I’m still planning on it. I feel like it’s at the root of lots of things I don’t understand.

I hated school because if you don’t fit in, you’re not a popular person, so school could be a bit miserable.

Teenagers can be very judgemental if you don’t have the right clothes or trainers, or don’t even know where to start with that, which is where I was. Teenagers can be a bit mean, can’t they?

So I just bunked off and wanted to do a drama. I thought I was going to have an Oscar by the time I was 20! So all of the learning came at university when I went at 20.

A few comics are ex-teachers…

There’s quite a strong thread of former teachers who have become really good comedians. They’re used to holding the attention of a classroom of kids who don’t want to listen. But I also think some become comedians because they weren’t very good teachers.

How did lockdown affect you?

I had a year’s work cancelled in two phone calls but I was lucky as I wasn’t worried about being able to pay my mortgage. I didn’t find it conducive to creativity or anything like that, though.

Didn’t you get married — to Steen Raskopoulos — not long before lockdown?

I got married two years ago in September. We eloped to Copenhagen and it was just the two of us. My husband’s from Sydney so he thinks living in England is being locked in a flat with me.

What’s your favourite panel show to go on?

I like the ones that have no prep and aren’t about politics. I really like QI, Would I Lie To You? and Hypothetical, where you just get to be silly. I realised that political comedy really didn’t suit me and it wasn’t my happy place.

Weren’t you also once a backing singer for Robbie Williams’ dad?

Yes! In 2001 I got a job in a Warner Holiday hotel and Pete Conway, who’s Robbie’s dad, was the main features performer and I was one of the young ladies backing him up.

He’s an old crooner so he was such a big influence on Robbie. But the rumour would go round that he was Robbie’s dad and no one ever believed it. They thought he was a liar.

Catch up with Sewing Bee on BBCiPlayer. Comedians Giving Lectures is available on UKTV Play

'Below Deck': How Does Captain Lee Really Feel About Crew Hookups and Certain Crew Members?

'Succession': Jeremy Strong Is Nothing Like His Character on the HBO Show