It’s hard to believe, but Sanditon Season 2 is almost over. In the second-to-last episode of the PBS period drama, the growing rivalry between Colbourne and Lennox over Charlotte reaches a boiling point, Georgiana considers a potentially life-altering decision, and Edward’s plot against Esther bears fruit.

The next episode of Sanditon airs Sunday, April 17, but PBS members with access to the Passport benefit can stream it before it airs on TV. Or, just keep reading to get more details about a few of the biggest revelations from the upcoming episode. 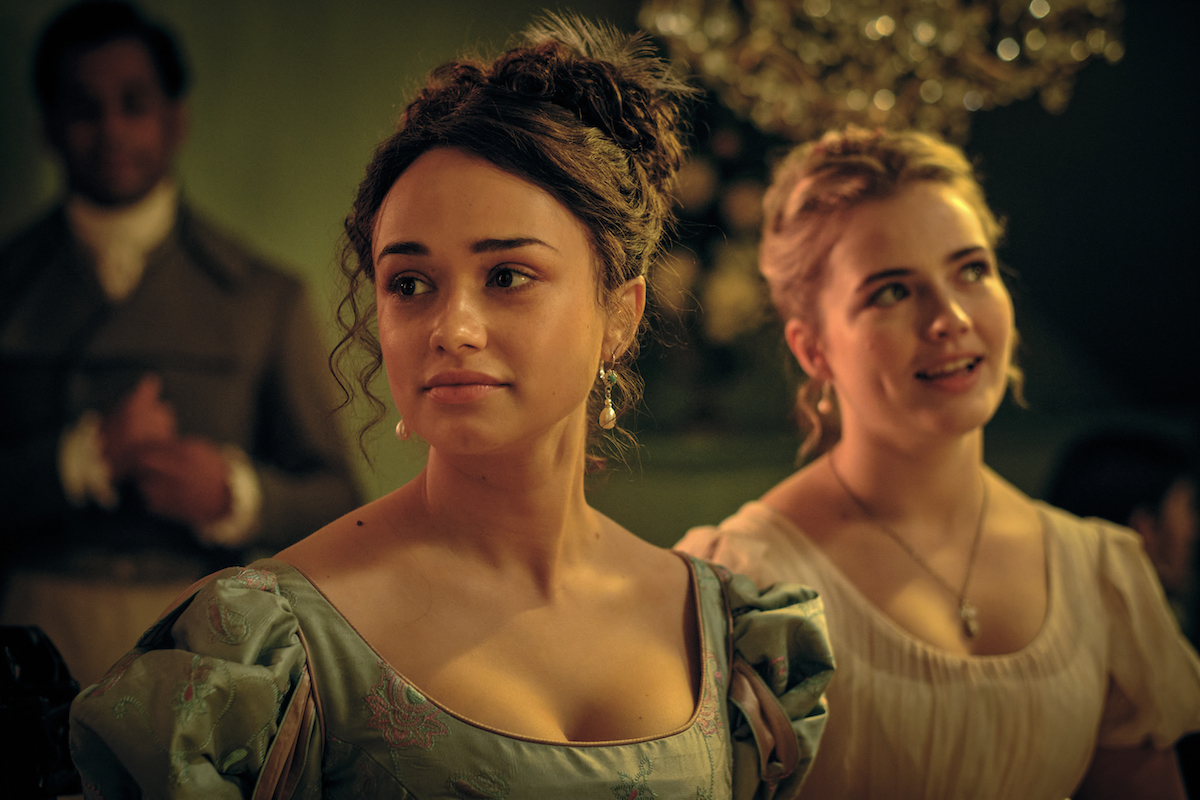 Charlotte walks away, shaken by Lennox’s assault. She bumps into Colbourne. He only needs to take one look at Lennox to put together what happened. He tells her he warned her the colonel was dangerous. She rightly points out that he could have been a bit more specific and that it was Lennox’s word against his.

Charlotte leaves the ball with Colbourne and Augusta. Back at his house, he finally reveals what’s behind his hatred of Lennox. The colonel had an affair with his wife, Lucy, and she got pregnant. Colbourne lashed out at her after he discovered the truth, and their relationship was never the same after. Not long after giving birth to Leonara, Lucy walked out into a rainstorm, knowing it would likely kill her. Ever since, he’s blamed himself for his wife’s death. (Neither Charlotte nor Colbourne realize Leonara is listening at the door as they speak.)

Charlotte tells Colbourne that he needs to let go of his guilt. “You must [forgive yourself], or else the past thwart the future?” she asks. “A future that I imagine could be very dear indeed.”  They kiss.

Esther makes a spectacle of herself; Tom confesses to Mary

Last week, Edward (Jack Fox) laid out to Clara (Lily Sacofsky) his diabolical plan to convince Lady Denham (Anne Reid) that his stepsister Esther (Charlotte Spencer) was mad. The goal? Get Lady Denham to disinherit Esther and instead pass her estate on to Edward and Clara’s newborn son.

Edward’s been stealing Lord Babington’s letters, cruelly letting Esther believe her husband has rejected her because she can’t have a child. He’s also swapped out the tincture she’s been taking to improve her chances of getting pregnant with laudanum (aka, opium). That leads to some very odd behavior on Esther’s part, including a strange scene at a card game and an awkward spectacle at the ball. At the episode’s end, Lady Denham, Clara, and Edward find a distraught Esther clutching Clara’s baby. She hands him over without incident, but all of this – along with some suggestive comments from Edward about inherited madness – seems to have successfully planted seeds of doubt in Lady Denham’s mind about her niece’s mental health.

Meanwhile, Sanditon’s merchants are in open revolt about the army’s unpaid bills, and Tom is the target of their anger. He finally confesses to Mary that he can’t force Lennox to pay because he owes the colonel a gambling debt. Mary’s reacts with a mix of disbelief, anger, and disappointment. She can’t believe he’s taken such a risk again, especially after everything Sidney sacrificed to save him last year. A clueless Tom doesn’t get it, and Mary has to spell it out, explaining that Sidney loved Charlotte. He only married Eliza for her money so he could bail out his brother.

Finally, a heart-broken Alison (Rosie Graham) begins the episode planning to flee Sanditon on the next carriage out of town. But she’s persuaded to stay for one last ball. That gives her a chance to tell off the lying Captain Carter (Maxim Ays) and to get to know Captain Fraser (Frank Blake) better. “True beauty needs no adornment,” he tells her after complimenting her dress, which she dismisses as the plainest in the room.

“Thank you,” she says, before they dance together for the first time. “That is worth all the more coming from the rudest man I know.”

Want to find out what else happens next on Sanditon? Season 2 Episode 5 airs Sunday, April 17 at 9 p.m. ET on PBS.