Actress and West End star Ruthie Henshall, 53, opened up to her campmate Shane Richie about her five-year romance with Prince Edward after he told a story about performing at Buckingham Palace. Shane, who has already been called out for name-dropping on the series, told his fellow celebs: “I did Buckingham Palace during the lockdown.” However, his remarks were nothing compared to the insight about the royal family Ruthie detailed from her romance with Prince Edward.

Shane gushed: “It’s incredible, everyone asks, ‘Did you steal anything?’ And I got some toilet roll but it was just a normal toilet roll.

“I was expecting it to have some royal seal on it or something!”

Russell Watson, who has also performed for the royals, added: “I nicked a coat hanger from Windsor Castle!”

Unimpressed, Jordan North remarked: “A coat hanger, I mean come on. You’d at least nick a crown… Maybe not a crown. That’s illegal.

But later on, Shane was in the sleeping quarters and as Ruthie walked past, she said to him: “You performed in Buckingham Palace, you sang in the gardens, I sh*gged in the bedrooms!” 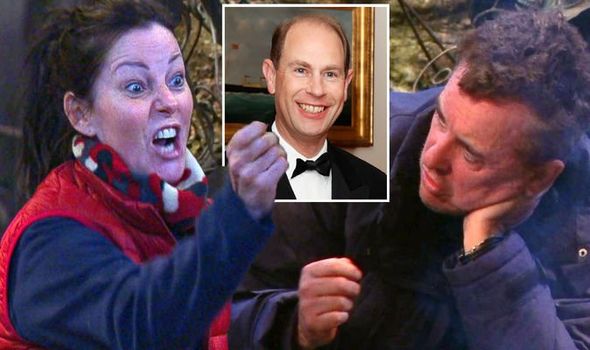 “Yes,” she replied, as she made her way over to him and the two sat in Shane’s hammock. “It’s funny, it’s such a long time ago.”

“Come on, tell me about Prince Edward,” begged Shane.

“Lovely bloke, and I genuinely fell in love with him,” she replied.

Shane explained in the Telegraph: “There was a headline years ago wasn’t there? ‘The Prince and the showgirl.’” 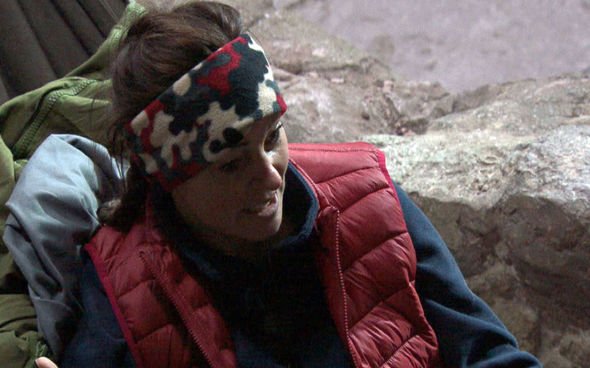 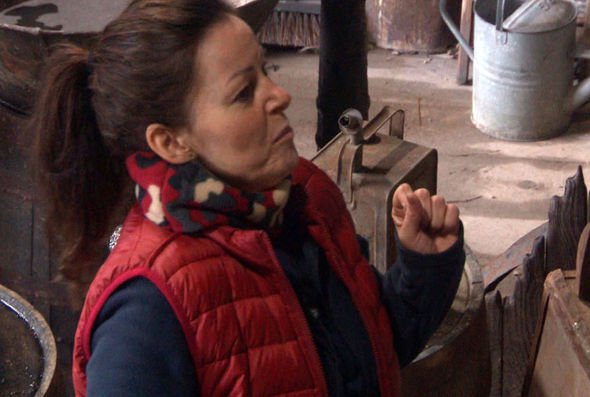 Detailing how they came to know each other, Ruthie dished: “He was a production assistant at Andrew Lloyd Webber’s. And [Prince Andrew] then called me himself and he wanted me to play the lead in A Star Is Born.

“And Edward was my point of contact, he was the one who’d call me up and say, ‘You’re rehearsing at 2 o’clock’ or whatever.

“And he said to me, ‘Would you like to come to mine and watch the film of A Star Is Born with me and you can have some dinner?’

Shane remarked: “Is that what he meant? God that is so weird, watching A Star Is Born with Prince Edward.”

“No!” protested Ruthie, shutting down his probe. “He invited me to Windsor for the weekend, and as we’re walking I’m seeing a table outside and there’s people sitting round it and I’m thinking, ‘That looks like the Queen,’ and I remembered my dad had said to me that if you ever meet the Queen he said you curtsy and call her ma’am.

“I grab her hand like this,” Ruthie demonstrated a friendly handshake.

“Did you know Diana much?” asked Shane

“I met her a couple of times,” said Ruthie. “One of my favourite times was, we were at Balmoral, there was Diana, The Queen, Margaret, the Queen Mother, Charles, Edward, myself.”

I’m A Celebrity… Get Me Out of Here! continues tonight at 9pm on ITV.

'Live PD' Host Dan Abrams Has a Massive Net Worth