Today’s Loose Women saw Ruth Langsford joined by Saira Khan, Linda Robson in the studio, whilst Janet Street-Porter remained at home. The panel started today’s discussion by talking about J.K. Rowling’s controversial comments on menstruation, leading to her becoming embroiled in a transphobia row. After the segment, Ruth asked someone to get her an “oat milk latte” in a jokingly snappy style, leading her co-star Saira to call her a “diva.”

Harry Potter author, J.K. Rowling, was accused of being transphobic after some tweets she had made on women upset many of her 14.5 million followers.

Today, the show’s stars took the opportunity to ask some of the big questions which had arisen from the debate in question.

Ruth announced the panel would be joined by Riley Carter, who played the first-ever transgender character in a soap, appearing as Kyle Slater in EastEnders between 2015 and 2016.

The host explained how the Loose Women ladies wanted their chat to be aided by someone who had “first-hand experience” of the issue at hand. 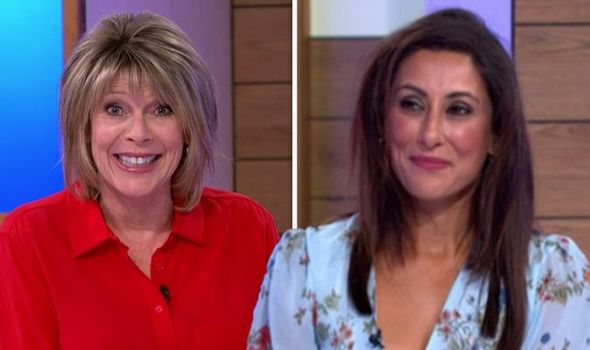 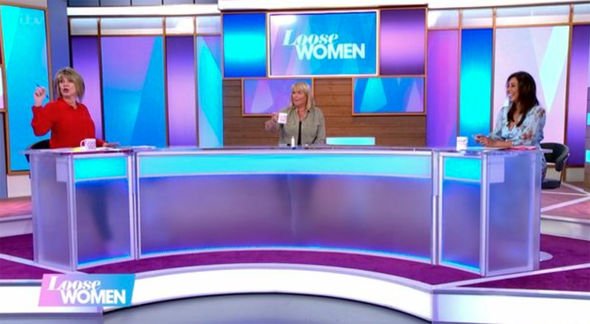 The panel asked the actor a series of questions about his own experience whilst they spoke about J.K. Rowling’s comments.

The author came under fire after retweeting an article with the headline “people who menstruate,” and adding: “I’m sure there used to be a word for those people. Someone help me out. Wumben? Wimpund? Woomud?”

However, as they became deep in discussion, Ruth panicked as she realised she had to cut Riley off due to having to go for a break.

As it was clear they had overrun slightly, Ruth jokingly asked the production team: “Can someone get me an oat milk latte there.” 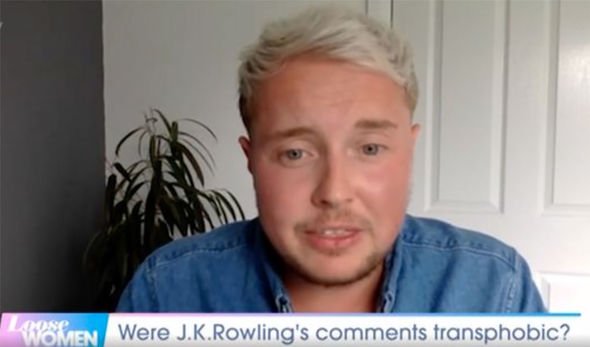 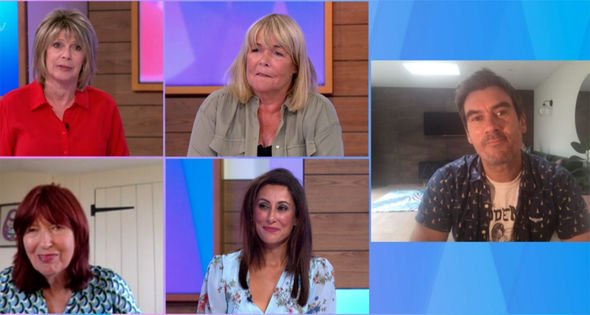 Adding to her request, she demanded: “No sugar… Quickly now!”

As the show returned after the break, Ruth addressed having to cut Riley’s appearance off, telling viewers: “Unfortunately I had to cut Riley Carter off.”

She announced he was still there to answer a few more questions as they had managed to secure some extra time with the star.

Ruth apologised, telling Riley: “I’m so sorry I had to cut you off earlier but we had to get to that break at a certain time.”

Riley had given his thoughts to the panel about J.K. Rowling’s remarks, explaining: “For me personally at the end of the day I think people like JK Rowling need to recognise the influence they have and how detrimental their words can be.

“Trans people are killed for trying to live their life,’ he said. “It’s absolutely ridiculous, it’s very ill-timed and distasteful with what’s happening at the moment.”

Addressing whether he believed the author should apologise, he said she should only do so if she meant it, adding: “At the end of the day I want people to be willing to be educated.”

It wasn’t the only time the host had to cut a guest off mid-appearance as Emmerdale star Jeff Hordley was last up on today’s bill.

Jeff – who recently returned to filming on the ITV soap – spoke about finding it slightly more difficult to go back after a period away from the show, telling the panel: “I felt I was ‘acting’ for the first four scenes then sat in and relaxed back into it.”

However, as Jeff started going into the intricacies of having to do his own make-up, Ruth exclaimed: “We’ve got to go Jeff! The second time I’ve had to cut someone off!”

Finally, Netflix Autoplay Can Be Turned Off

Who Is 'Hollywood' Star David Corenswet, and Is He Dating Anyone?