We were a film couple. David Chute was writing film reviews for the Boston Phoenix when I met him in New York. He’d come down for a George Romero party, where we talked for hours. He had written two pieces for Film Comment, where I was the new Associate Editor. And even though I had landed my dream job, when he moved to Los Angeles to join Peter Rainer at the Los Angeles Herald Examiner, he convinced me to ditch my Upper West Side rent-controlled apartment and move in with him in Koreatown. I had never been to California and had to learn how to drive. We were married in October 1983, and six years later, Nora arrived.

Sadly, we both said goodbye to David last week; he died at age 71 on November 8 of esophageal cancer. He had just moved back after eight years taking care of his father in Poland, Maine. David grew up in Maine, attended the Putney School and St. John’s College in Annapolis, Maryland, where he studied the Great Books. He started out supplying reviews to the Kennebec Journal and the Maine Times, where he discovered Stephen King, who he also profiled for Take One. In 1979, King inscribed a copy of “The Shining” to David Chute, “the best film critic in America.”

Nora and I have been revisiting David’s extensive archive of reviews, interviews, and profiles, from the Boston Phoenix, where he was an early champion of such horror auteurs as Romero and John Carpenter, to Film Comment, which in 1981 ran two career-defining profiles by David in the same issue, on indie mavericks John Sayles and John Waters, who along with Stephen King attended our wedding. “David Chute was one of the few critics who championed my early films and his reviews were a huge help in getting my career on track,” John Waters wrote me in an email. “He understood my humor and knew there really COULD be such a thing as exploitation films for art theaters.” 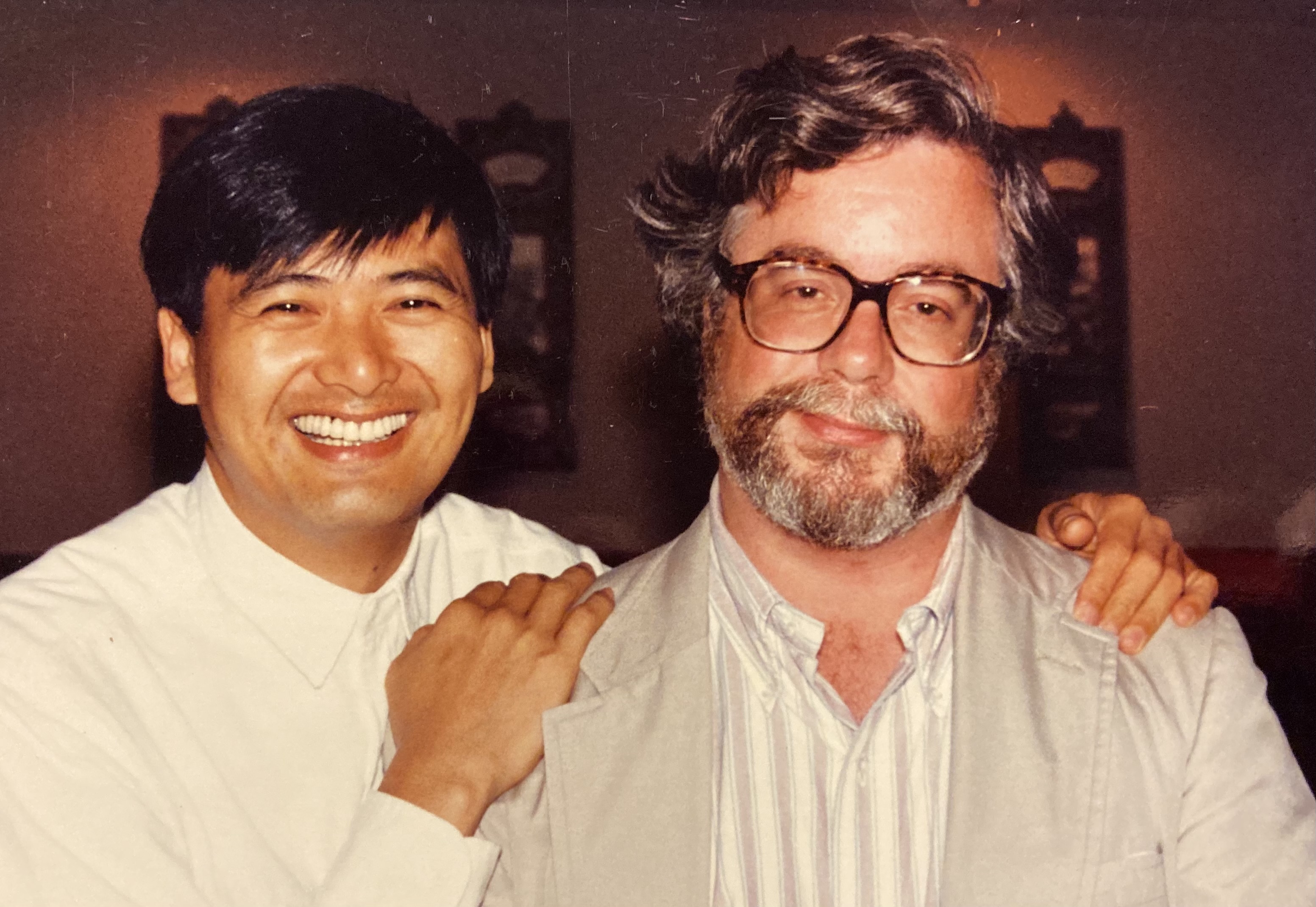 David taught me tons, influenced my taste, and helped me to discover filmmakers I now revere. I was not alone. We both adored “Body Heat,” while he profiled Lawrence Kasdan for American Film, as well as Jackie Chan, Youssef Chahine, Om Puri; and Pedro Almodóvar for the LA Weekly, Philip Kaufman and Francis Ford Coppola for the Los Angeles Times, and Gong Li and John Woo for Vanity Fair. David helped to boost awareness of Hong Kong cinema in America, especially Woo (“The Killers,” “Hardboiled”), introducing him to my pal James Jacks, a Universal executive, who backed Woo’s first American movie, “Hard Target.” David took on the role of unit publicist on that film, and Woo’s “Broken Arrow,” as well as Quentin Tarantino’s “Jackie Brown.” Together David and Tarantino recorded commentary tracks for a set of classic martial arts re-releases from Hong Kong’s Shaw Brothers Studios, and Chute contributed to several Criterion Collection releases for Hong Kong films.

“He was a great champion of things that other people discovered because of his championing and then tried to claim for themselves,” wrote critic John Powers.

In 2003, Chute and Cheng-Sim Lim curated a UCLA Film and Television Archive series, Heroic Grace: Chinese Martial Arts Film, accompanied by essays by critics David Bordwell and Berenice Reynaud, among others, and in 2004, Chute curated the Indian cinema series Bombay Melody at UCLA. “David had a knack for doing things like that,” wrote Lim on a Facebook thread about his impact on a generation of film critics, “recognizing talent where other folks (especially Western critics) weren’t looking.”

From 2004-2013, Chute was the senior writer at the UCLA School of Theater, Film and Television, while continuing to supply reviews of new Bollywood releases to the LA Weekly, Variety, and IndieWire. In recent years, he had been preparing the first definitive historical overview of Wuxia martial arts cinema.

SDCC: What We Do In The Shadows Season 3 Teases Colin Robinson's Origin And More

B.J. Novak Said This Character from 'The Office' Is His Favorite

'The Office': Creed Bratton Actor Says 'For Sure, They Got the Wrong Guy' in the Scranton Strangler Case